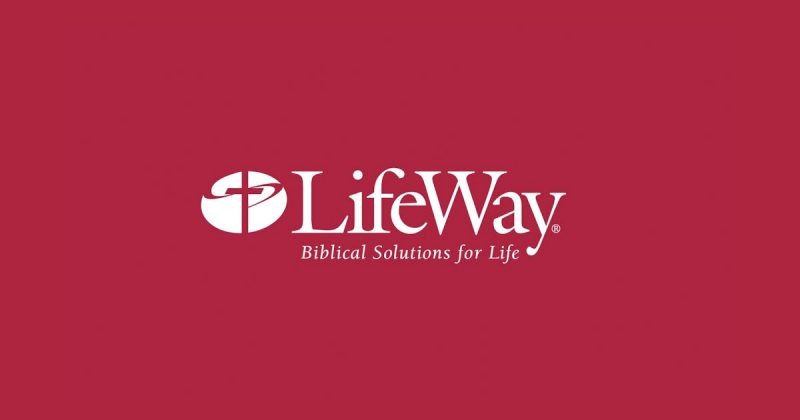 NASHVILLE (BP) – LifeWay Christian Resources and Thom Rainer agreed to settlement terms in a breach of contract lawsuit between the SBC entity and its former CEO.

The statement indicates the agreement was reached Oct. 5, a day after Rainer had tweeted his intent to accept LifeWay’s terms to end the lawsuit. According to a statement jointly released Oct. 6, Rainer agreed to honor the terms of his separation agreement, including a noncompete clause. He also agreed “not to move forward with his business partnership with Tyndale House Publishers, which was a violation of his noncompete agreement.”

“Our prayer has always been that this could be resolved between LifeWay and Dr. Rainer amicably,” Todd Fannin, chair of LifeWay’s board of trustees, said in the statement. “We’re thankful Dr. Rainer agreed to honor his word and commitment to LifeWay, which has been our goal from the beginning. The trustees and Dr. Rainer are looking forward to putting this behind us.”

In a statement provided Tuesday to Baptist Press, Rainer said: “I am grateful to have this resolution between LifeWay and me. I look forward to once again focusing on serving local churches and those who serve them.”

LifeWay filed a complaint Sept. 28 in Williamson County (Tenn.) chancery court alleging Rainer had violated his separation agreement with LifeWay by publishing with a competitor. The agreement between Rainer and LifeWay upon his 2019 retirement precluded him from having any business association with LifeWay competitors until Oct. 31, 2021. The agreement specifically listed Tyndale House Publishers as a LifeWay competitor. In August 2020, Tyndale announced a multibook publishing partnership with Rainer, which also includes video curriculum.

On Oct. 4, Rainer tweeted that LifeWay had “put forth six stipulations to end the lawsuit,” and added: “For the sake of the Gospel, I plan to accept all of those terms on Monday. This legal battle between Christians before the watching world has to end. I will end it.”

Rainer confirmed to Baptist Press on Monday that he had accepted the stipulations, but declined to disclose specifics. The joint statement issued Tuesday simply referenced Rainer’s agreement to honor the original terms of his transition agreement, “including the non-compete clause” and “not to move forward” with the partnership with Tyndale.

The legal action led to confusion and questions last week from some of LifeWay’s trustees, who were taken by surprise. The board’s three officers defended their decision to sue, but former board chairman Jimmy Scroggins –  who still serves on the board – maintained legal action should not have been taken and that the full board should have been notified. An emergency trustee meeting, Sept. 30, was postponed by the 13-member trustee executive committee. Trustees were promised additional information within a week.

Along with the postponement, Fannin said in a statement that “in lieu of moving forward with litigation, both parties are currently exploring the possibility of an agreed upon resolution of the differences.” On Oct. 2, Fannin told Baptist Press LifeWay was “waiting on Dr. Rainer to respond to our suggested resolutions of the issues” in the dispute.

A new flurry of discussion about LifeWay’s handling of the conflict with its former CEO arose over the weekend after the entity sent trustees and employees an email from the three trustee officers — Fannin, vice chairman J.D. Perry and secretary Amy Mielock — detailing their claims against Rainer. In addition to facts previously stated in the suit, the email said LifeWay had paid Rainer more than $1 million plus benefits since his February 2019 retirement.

Rainer said last week he has returned his payments to LifeWay since late spring, after he was asked to forgo remaining compensation by Ben Mandrell, the current LifeWay president. Under his transition agreement, he was to remain a paid LifeWay employee through Oct. 31, 2020, as chief advisory officer. Mandrell has not commented publicly on the issue. Several requests by Baptist Press for an interview with Mandrell were declined by a LifeWay spokesperson.

“We have attempted to show grace and restraint in a difficult process and to preserve what will be embarrassing information to many involved,” the LifeWay trustee officers wrote Oct. 2, according to a copy of the email obtained by Baptist Press. “We had hoped our request for a season of prayer would be embraced by all involved, but as misrepresentations continue to be published, we now believe it best to present these facts. Ultimately, it is always our goal to allow the truth to prevail.”

Rainer told Baptist Press on Monday he was “hurt” by the officers’ email but could not comment on its substance in light of the ongoing settlement talks.

Scroggins responded to the three officers in an Oct. 3 email to the full board. Among his claims: that the amount of money awarded to Rainer in his separation agreement is consistent with publishing industry standards; that the relationship between Rainer and Mandrell has been strained; and that while he is not defending Rainer’s actions, LifeWay’s “high profile, explosive, legal action was taken without notification, consultation, or affirmation from the Board.”

The lawsuit occurred “in direct violation of the principles in 1 Corinthians 6,” Scroggins wrote in a copy of the email obtained by Baptist Press. “Please read it for yourself if you have not done so. Even if Thom [Rainer] is wrong, the text actually says ‘It would be better to be wronged, or defrauded.’”

Scroggins requested an in-person trustee meeting in Nashville with masking and social distancing, though he said he’s willing to attend a meeting in any format, including Zoom. To date, no meeting has been announced publicly.