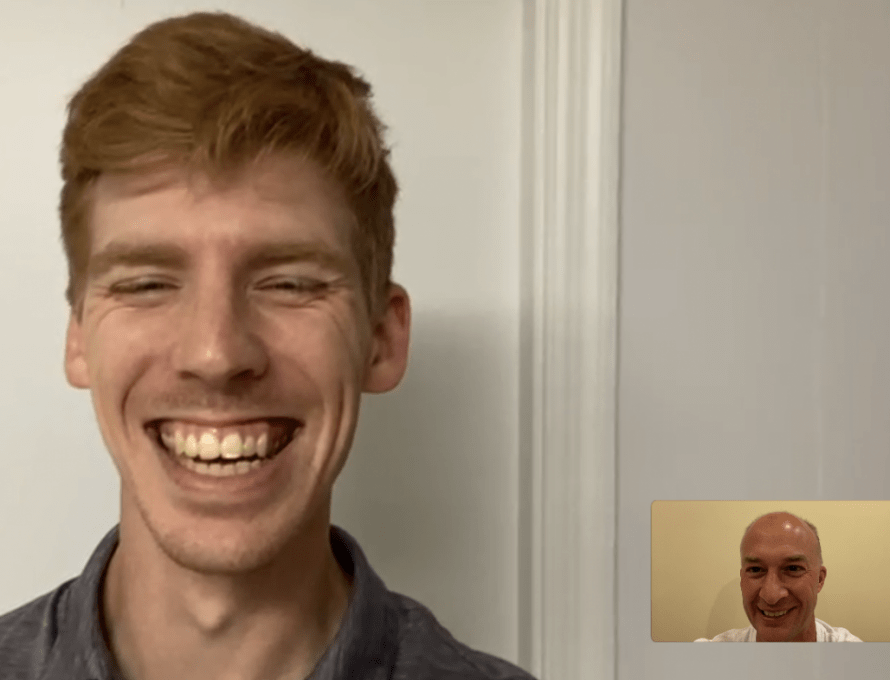 KIRKSVILLE – While working for a camp ministry in New Mexico, Truman State BSU alum Alan Henson was hit with an idea: what if he could marry technology and nature to create ministry experiences right in the middle of the campgrounds? The idea was born for an app that would use 360° video footage to foster a personal encounter with Jesus.

As a software developer and self-proclaimed dreamer, being struck with an idea isn’t abnormal for Henson. He shared this idea with a colleague at the camp, and they started dreaming about the possibilities. “Ninety percent of the time, that’s the end of it,” Henson says.

This idea, however, was different. “I felt like I needed to try something,” he continues. “I’m not usually a risk taker, but I wanted to commit to it.” Henson bought a camera, and he and his colleague began filming a series of videos around the camp.

Before they could get any further, COVID arrived. Camp ministries were hit hard by the financial impact of the pandemic, and Henson found himself unemployed. “I didn’t want to let idleness set in,” Henson says. “I still wanted to do something.”

Henson had been involved in the BSU at Truman State for all four years of his computer science degree. He and Campus Missionary Greg Xander had kept in contact in the years since he graduated. Last spring, on a trip up to Kirksville, Henson shared his idea with Xander.

“I didn’t understand it at first, from a tech perspective,” says Xander, “but I thought it was cool. He said we could actually do this…Alan’s always had such a servant heart. That’s just who he is. That’s the beautiful spiritual gift in him.”

Henson has dedicated the last several months of his life to the development of the Faith Walk app. After his countless trips to Kirksville from Kansas City, filming, editing and coding, the app went live in September.

Using the Faith Walk app, students can access a map of all the places on campus where the 360° videos have been filmed. When they arrive at that location, they can watch the correlating video of Greg or one of his students talking about Jesus in a conversational way. With their phone or tablet, the user can tilt and turn the screen for a virtual reality experience, no goggles required.

Faith Walk is a physical, multi-sensory experience that gets the user out of their dorm room or apartment, in a beautiful creation setting where they can encounter God. “One point of this app is to get people out from just watching something, getting another spiritual meal while sitting at home,” says Henson. “We want to take this spiritual conversation and make it active and personal.”

“We know God is speaking to them all their lives,” says Xander. “We don’t know what they need to hear, but I know they’re going to hear what they’re supposed to because God is the one who’s going to speak between the words on the videos.”

The 360° component makes it appear as if the speaker on the video is there with the user. Henson explains, “I can’t think of a single ministry leader who wouldn’t want to have a personal conversation with every single person on their campus – but you can’t do that with everyone. What if you could give that experience to students? What if, instead of talking from a stage, you could just sit down on a park bench and talk from your heart with someone who’s thinking about Christianity or could use some encouragement?” Faith Walk is designed to do just that.

Xander concurs. “Instead of being under the stage lights, you’re under the streetlights. It makes you reachable, accessible.”

The experience, ideally, would be shared with others and used as a launch point for nonbelievers to connect with Jesus. “For me, the real hope is that students don’t go alone,” says Xander. “I’m always asking, how can we engage our campus with the message of Jesus? How can our students be a part of the mission?”

He hopes to see his BSU students invite friends to go along with them on walks around campus, where they can watch the videos and start conversations about Jesus. “It was never Jesus’s intention for Christians to just keep growing and get fat,” Xander says. “Giving our lives to Jesus is only just the beginning. You aren’t saved just for you – you were saved so other people could be saved, too.”

In the future, Henson and Xander hope to add more locations and videos on Truman’s campus, but the vision doesn’t end there. They hope to bring Faith Walk to other MBCollegiate campuses – and beyond. “I could see this going to more campuses but also to churches or ministry organizations,” Henson says, “to anybody who wants to leverage technology to have a personal conversation with anyone they’d want to minister to.”

Faith Walk is available online at faithwalk.app. Currently, there are videos on Truman State’s campus as well as one video at the MBC building in Jefferson City.