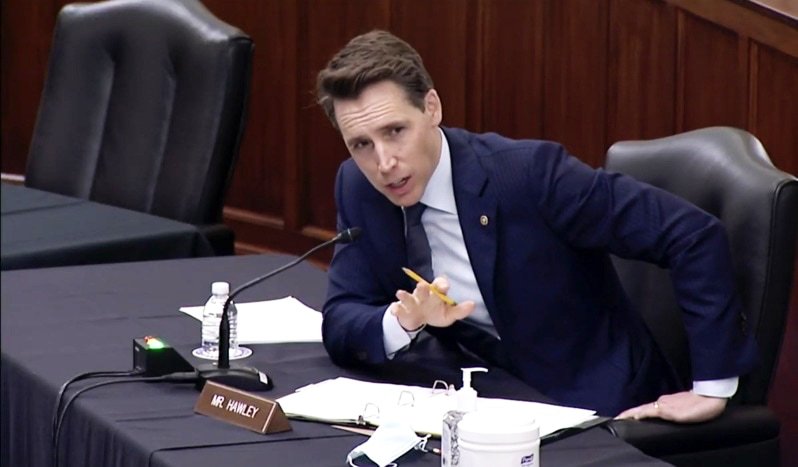 Hawley writes that a number of states are violating the First Amendment in strictly limiting attendance at religious services while allowing other businesses, like restaurants and gyms, to operate at up to 50 percent capacity.

“The American people have endured six months of closures and restrictions on their houses of worship,” Hawley wrote. “Over that period, they have faced countless harms: missed holidays and religious celebrations, canceled weddings, and unattended funerals, to say nothing of the painful absence of regular worship. These continued violations of the First Amendment are outrageous.”

While Gov. Mike Parson has largely lifted restrictions on houses of worship, some local, Democrat Party-controlled governments in the Kansas City and St. Louis areas continue with restrictions. For example, Abundant Life Baptist Church, Lee’s Summit, filed suit against Jackson County May 7 after the county placed restrictions on church attendance.

According to the May 7th lawsuit, the county’s original plan allowed commercial businesses with buildings of under 10,000 square feet to admit 25 percent of its occupancy. Also, businesses with buildings of over 10,000 square feet could admit up to 10 percent of its occupancy load. But here’s the rub: The plan limited churches to 10 persons at one time, regardless of the building’s size. No square footage rule was applied.

On May 12, nearly a week after the lawsuit was filed, the county posted a revised “re-opening” plan. No longer would churches be limited to 10 persons at one time.

According to attorney Michael Whitehead, “most non-essential businesses will probably use building square footage, and not a room occupancy limit. Churches are left in the quandary about how many people they can allow and be in compliance.”

In addition, the new plan does not specify how many people can be in a church room. “We have yet to find a current certificate of occupancy for our churches which lists either building square footage or room limits,” Whitehead said. “There are just zeros in these spaces. So, the county’s plan makes it impossible for folks to comply.”

The U.S. Attorney General issued a memorandum April 27 stating that the Department of Justice had issued guidance to states and localities about their constitutional obligation not to infringe on religious free exercise. Barr has since warned localities about infringing on the First Amendment rights of worshipers.

“Many houses of worship and other religious organizations are being treated more harshly than other institutions,” Hawley said. “I am writing to urge you (Attorney General Barr) to immediately bring lawsuits in federal court to uphold the constitutional right to free exercise and the rights of houses of worship being unjustly shuttered.”

United States Senators have a last chance to block threats to religious liberty brought about by the so-called “Respect for Marriage Act.” As such, faith-based policy experts are calling Christians to contac