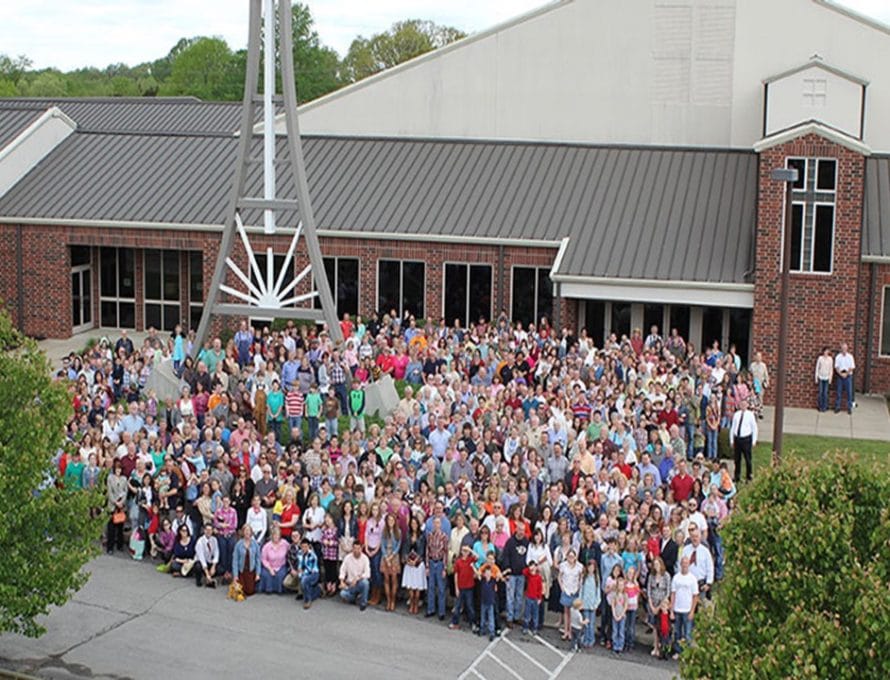 DICKSON, Tenn. – Derick and Celia Cobb* traveled from Tennessee to South Asia to Latin America, training local leaders who would, in turn, train others. The retirees have made multiple trips as volunteers to partner with Chase and Rita Tozer*, IMB workers in South Asia.

The Cobbs’ history with the IMB began long before their involvement in South Asia. In the 1970s, they served in the Philippines before returning to their home church, First Baptist Dickson in Dickson, Tennessee. The Cobbs enthused a passion for missions into FBC Dickson, and the church became devoted partners of the IMB in South Asia. The church sends multiple volunteer teams to partner with IMB workers—some to hike into the hinterlands of mountain regions, others to minister among women and others to train leaders.

Over the course of 10 years, the Cobbs aided the growth and development of new leaders and churches in South Asia. The couple helped develop training materials for new pastors that morphed into an emerging best practice for long-term, sustainable leadership development. The training material, called Foundations, equips leaders with simple tools for hermeneutics, homiletics, and Old and New Testament surveys that set these leaders up for a lifetime of continued spiritual growth.

“We designed Foundations to be a training program for new pastors and church leaders who are new to the faith and will probably never have the opportunity to attend Bible school or seminary,” Derick and Celia say.

During their numerous short-term trips, the Cobbs invested deeply in South Asian leaders and church networks. Their goal from the beginning was to pass off responsibility for training to local leaders.

“They have the language and the culture, and the material comes directly from the Bible, so they are much better than us at training new pastors and church leaders,” Celia says.

South Asian leaders are confidently completing the Great Commission on their own.

Derick and Celia’s ministry allowed Chase and other IMB workers time to focus on ministry in other areas.

“The Cobbs’ influence has impacted our networks in ways no other volunteers even come close to,” Chase says. “They have personally trained more than 1,000 emerging pastors across South Asia. Because of their work, Rita and I have been able to launch work into new multiple new areas. Each time, the Cobbs come with us—training and equipping pastors in these new churches. It has been such a great joy to work alongside them partnering in this task!”

The Cobbs trained churches and leaders in multiple South Asian countries. Derick and Celia met Divismar* during a training in one of these countries. The Cobbs describe him as being quiet and shy. He wasn’t the spokesman of the group, but everyone looked to him whenever there was a question as to how to translate a biblical idea. Divismar would quietly explain the best solution.

On a subsequent trip, the Cobbs discovered Divismar was training the key leaders in one of the Tozers’ house church networks. He was confident, articulate and had everyone’s respect. He was ready to take over from the Cobbs.

The Cobbs’ first translator went on to serve as a missionary to South Asians living and working in the Middle East before returning to his home country to plant churches. Now, Divismar is both starting churches and training pastors in place of the Cobbs in an emerging house church network.

Over the past two years, the Cobbs trained 100 church leaders in an area of South Asia that is a well-known Buddhist pilgrimage site. Other church members from FBC Dickson also taught the Foundations material in this area. In two years, the church sent 12 teams to train two groups of 50 leaders. The leaders have graduated from the program and are using the training in their churches and are training other pastors in their networks.

Seven young men from FBC Dickson trekked to a remote village—a village farther than any IMB worker had ever been. National believers had to travel ahead of the team to take food because the area was so remote. The team shared the gospel with 452 people in seven days, and 249 people wanted to hear more about Jesus. Four churches formed within months of their visit.

Five women from FBC traveled to minister alongside Rita. The women met a local Christian who wanted to share the gospel with others, but he didn’t know how to.

“The FBC Dickson ladies walked alongside this brother, showing him how he could share the gospel and challenging him to do so,” Chase says.

Six months later, a church formed in that area.

Derick and Celia have also used Foundations in the U.S. and Latin America.

“We have found that the principles we developed in Foundations of learning to tell Bible stories in the proper order; how to study what a Bible passage says; and how to share that knowledge with others are all things that work well in some of our Sunday School classes here and other places in America,” the Cobbs say.

At the beginning of their first class, Derick asked the 100 leaders how many had been to Bible school or seminary. About a third of the class put up their hands. Derick’s heart dropped.

He said to Celia, “This is going to be a bust! They will think the program is too simple.”

However, at the end of the three-day training, 109 of the 110 leaders were still there. The leaders said the Foundations training was some of the best, and most simple, material that they could use in their churches to help their members learn the Bible, learn how to study the Bible for themselves, and how best to train others.