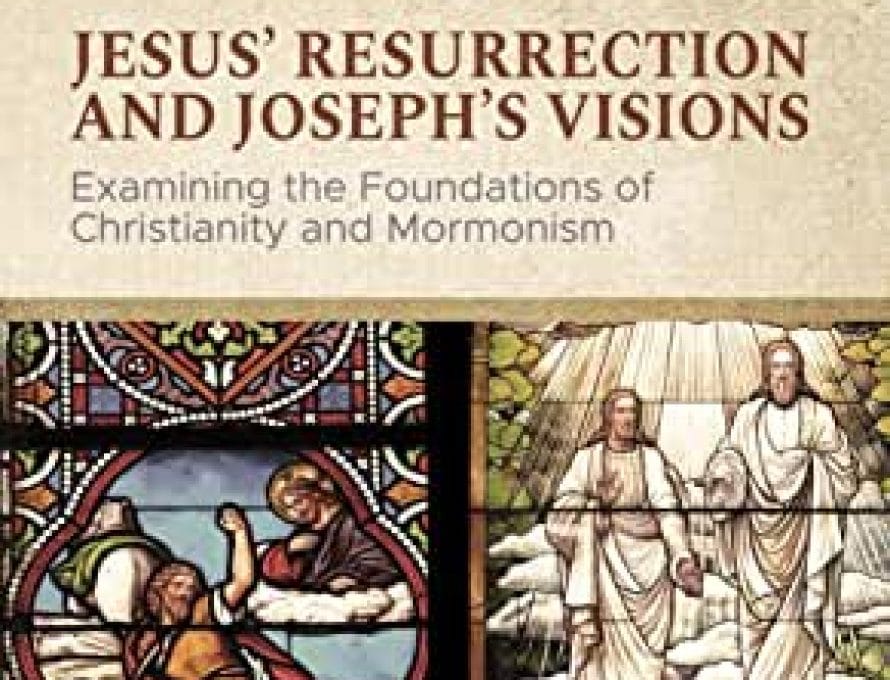 JEFFERSON CITY – If Christians believe the risen Jesus appeared to the apostle Paul on the road to Damascus, why shouldn’t they accept Joseph Smith’s claim that this same Jesus appeared to him in New England in 1820?

This is the central question Robert M. Bowman Jr. addresses in Jesus’ Resurrection and Joseph’s Visions: Examining the Foundations of Christianity and Mormonism. It’s a question worth exploring across the pages of this well-written and carefully documented new book.

Bowman, widely regarded as the leading evangelical scholar addressing Mormon and Jehovah’s Witness interpretations of the Bible, is well qualified to examine the evidence – both the claims of the apostle Paul and of Joseph Smith, founder of the Church of Jesus Christ of Latter-day Saints.

Bowman approaches his study using evidence and reason – evidence meaning factual information that provides objective support for a particular conclusion, and reason meaning the use of methods of drawing conclusions from available information.

This is a fair-minded approach upon which skeptics and true believers may agree. It holds both the Bible and the Latter-day Saints’ additional scriptures open to the same levels of scrutiny. In the end, Bowman shows that Paul’s claims to have seen the resurrected Jesus are well-grounded in evidence and reason; Smith’s claims of seeing Jesus are not.

The book is a helpful resource, not just for those interested in comparing the beliefs of historic Christianity with the claims of the LDS Church, but for those curious about the evidence for the physical resurrection of Jesus. The first half of Bowman’s work is a rich and readable summary of biblical and non-biblical evidence for the person and work of Christ.

When the book transitions to an examination of Joseph Smith’s claims, Bowman applies the same principles of evidence and reason to show the LDS documents lacking. And he is careful to include the most recent arguments from LDS scholars. Even so, Bowman lays out his case in a way that is respectful to the sincerely held beliefs of all Latter-day Saints and thus invites them – and everyone else – to take a closer look.

The LDS Church teaches that the First Vision – when God the Father and Jesus allegedly appeared together to a 14-year-old Smith in 1820 – is the foundational event of the restoration of the true church and thus the greatest event in history since the resurrection of Christ.

If this is the case, then there should be abundant and consistent evidence supporting that claim. Bowman shows there is serious reason to believe the alleged 1820 vision is a later – and dubious – addition to the LDS canon.

Jesus’ Resurrection and Joseph’s Visions should encourage readers to consider additional works by Bowman, such as Putting Jesus in His Place (a defense of Christ’s deity) and Sense & Nonsense About Angels & Demons.