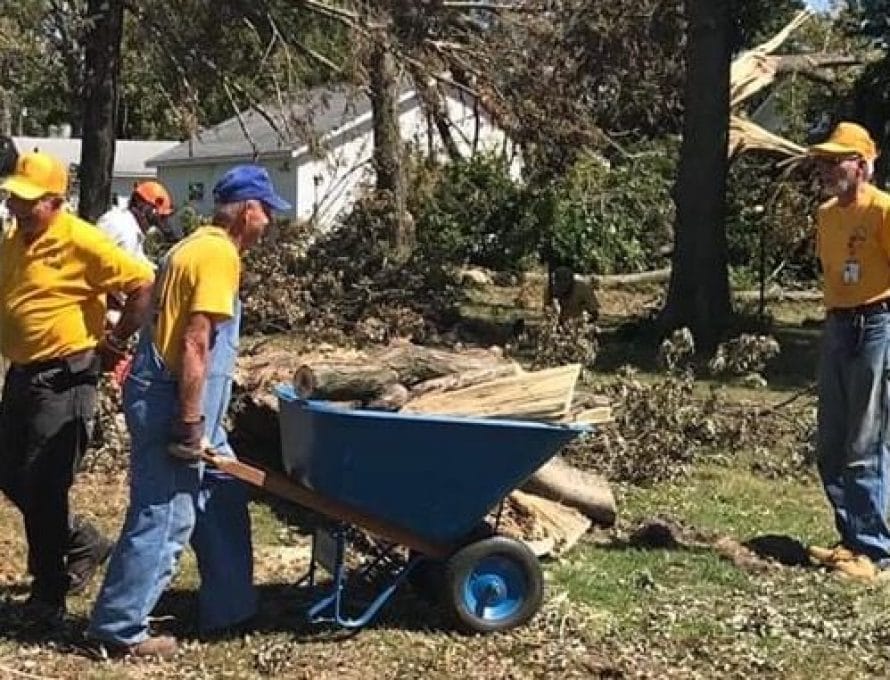 CEDAR RAPIDS, Iowa – A massive windstorm, also known as a “derecho,” swept across central and eastern Iowa, Aug. 10, causing massive destruction in Cedar Rapids.  A derecho is a “straight wind” weather incident, in this case with 100-140 MPH winds recorded.  It flattened buildings and trees all across the city of Cedar Rapids, population 133,562. Local television station KCRG reported there were 50 persons injured in the storm, but no fatalities. 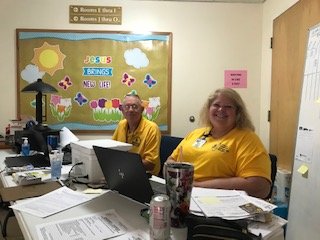 Cedar Rapids resident and pastor of Community Baptist Church, Marion, Darin Ulmer, said the wind swept  through town like a hurricane.  He said that, unlike a tornado, the derecho left a wide swath of destruction.  He was “impressed with the neighbor-helping-neighbor attitudes.”  He said, “Churches were devastated. Their buildings were damaged, trees down, no electrical power.”

“You had to dig your way out of your neighborhood to get out,” he added. “Some needs were not readily apparent for days.  People in some apartment complexes were living in tents on parking lots.”  Buildings were damaged beyond repair with whole walls and roofs missing.  Ulmer said communication was really spotty at first.

He noted that the power outages (for 10 or more days) was a major stressor for Cedar Rapids residents. With no power, most stores were closed, along with gas stations.  Internet outages were common.  Some people hooked up generators to power parts of their homes, although that was usually not enough power to turn on the air conditioning to relieve the 90 degree heat.

Ulmer’s mother, Samantha, who lives in Marion, sustained major damage to her home, with a large tree taking out most of her garage.  She was not home at the time, but her grandchildren came over and cleaned up most of her yard, except for the large trunks of the trees that were down in her yard.  Pastor Ulmer said he was proud of the young adult grandchildren who helped him and his mother with the damages. “Those young adults became adults in that experience,” he said with a satisfied smile.

Dan Wiersema, pastor of Immanuel Baptist Church, preached on Nehemiah 4 in a Sunday, Aug. 23 worship service filled with storm survivors and out of state DR volunteers. Wiersema said that in Nehemiah’s day they were rebuilding a wall and experiencing trouble as they tried to restore their homeland.  He likened it to the trauma of the storm sweeping through and disturbing the normalcy of the people’s routines.  A concert of prayer was held for people to share their prayers and praises.  Many people offered testimonies of God’s grace in their lives as they picked up the storm debris around them.  They thanked the many volunteers in the audience.

Ann Stevenson, an MBC DR chaplain from Crocker, helped people relieve stress by letting them pet her therapy dog, Steele.  A trained emotional support animal, Steele liked to be petted and is a very friendly Labradoodle who is used in DR call outs regularly. She said the people of Cedar Rapids “are in dire need of help.”

“We are offering to help them,” she added. “The most necessary thing at the moment is relief from the stress.”  That was obvious after the service as DR workers counseled with some of the storm survivors, and there were tears being shed and prayers offered.

Randy Reddell, MBC DR chaplain coordinator said there are about 200 trained chaplains in Missouri.  He led a team of several chaplains who counseled and prayed with people as well as assessed the damage and filed work orders. Reddell is from Branson.

Chain saw crews from several areas of Missouri as well as Ohio and Illinois fanned out across the city to saw down trees and remove storm debris.  Al Groner, DOM of Bethel Association, led a team from Hannibal and Atlanta.  Crews from Lawson, Cape Girardeau and Clinton also worked along with many others.  They were expected to continue the work for several weeks.

Incident Management Team leader, Toby Tucker, of Arnold, said on Aug. 24 they had completed chain saw jobs on 25 homes and had 47 jobs remaining. He was overseeing the chain saw crews, the assessors, chaplains, a kitchen team, as well as a mobile shower unit and a laundry unit.

Iowa Baptist disaster relief coordinators, Mike and Shari Carlson of Winterset, Iowa, said, “A huge thank you to Missouri Baptists.” Shari said Gaylon Moss, MBC DR director was quick to offer help, and they really needed it since they do not have a lot of DR volunteers in Iowa at present. “Iowa is dependent on surrounding state DR units,” Mike Carlson said.  He added, “The big thing about DR is partnership.”

Iowa Baptists were glad to have some Missouri partners during this recent storm.