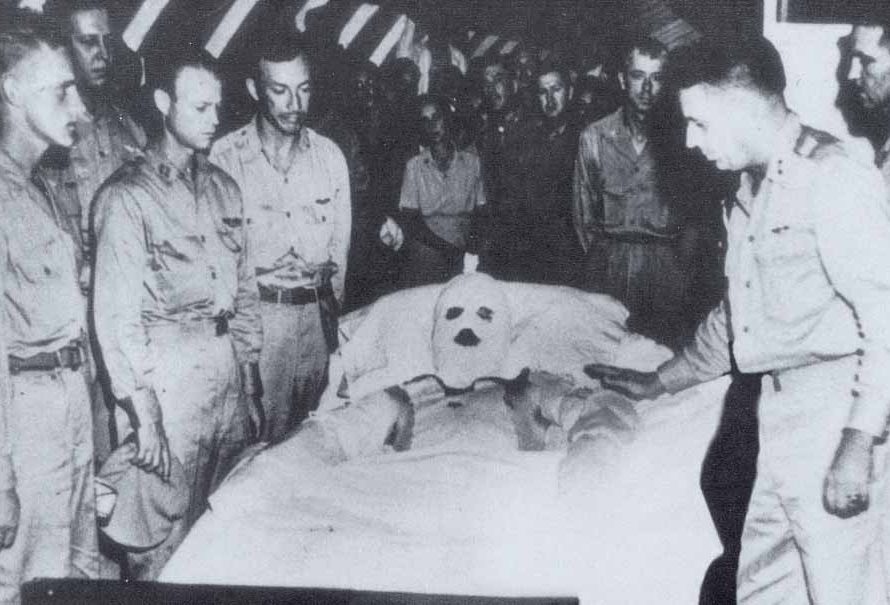 Red Erwin sustained life-threatening injuries after throwing an already ignited bomb from the window of an aircraft during World War II. (BP Photo)

NASHVILLE (BP) – In a B-29 flying above Japan in 1945, a bomb prematurely ignited. Army Sgt. Henry Eugene “Red” Erwin picked up the still-burning device and walked it through the plane to throw it out the window, saving the plane and its crew. He was left with severe injuries and was not expected to survive.

“Beyond Valor,” the true story of Erwin, an American World War II hero, is scheduled to be released Tuesday (Aug. 18). The book, co-written by Erwin’s grandson and “I Can Only Imagine” director Jon Erwin and New York Times author William Doyle, follows the elder Erwin’s life. Red Erwin, who received the Medal of Honor for his heroic action, faced extreme hardship from the burns he received. Yet his story, according to Jon, shows the power of love, faith and valor in the midst of impossible circumstances. The book shows how God was with Red Erwin in the fire as he handled the bomb onboard the aircraft and prayed for strength to act in the moment and later in the aftermath of the explosion. For Jon, the journey of telling his grandfather’s story began when he was 19 at Red Erwin’s funeral. It was on that day, Jon recalled, that he realized the importance of Red’s life, his faith and the service he’d given to his country. Jon said that he always had a good relationship with his grandfather, but never really took the time to learn his legacy. With this newfound realization, Jon made it his goal to steward Red’s story, and began traveling around the U.S., talking with anyone who had played a part in Red’s life. He talked with fellow crew members, military personnel and of course, his grandmother, Red’s wife Betty.

Although Jon went on to produce and direct many films, including “I Still Believe” and “I Can Only Imagine,” he said Red’s story was the original idea that spurred him toward a career in dramatic storytelling. Beyond Valor is the first book he’s written. A movie is on the horizon for Red’s story as well.

“It was wonderful to collaborate with William Doyle, who’s a best-selling author and incredible historical biographer, and I learned so much from him,” Jon said. “It is a different way to tell a story, I think you can go into a lot broader detail in a book.”

The book focuses on two acts of love, Jon said. First, when Red put his own safety aside and threw the already-exploding bomb out of the aircraft, and second, the love story between Red and Betty. Jon said after his grandmother passed away, the family was able to read all the letters written between the couple. The picture of unconditional love, painted so clearly through their communication while Red was away and how they fought for each other after Red’s injury, became a major focal point of the book.