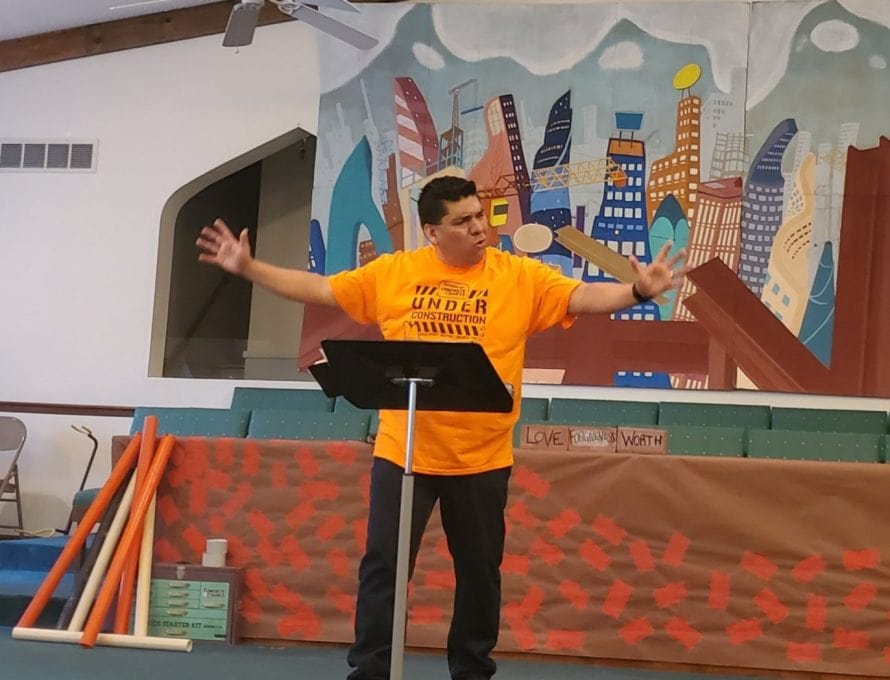 HIGH POINT – The adage that God moves in mysterious ways is evidenced no better than by High Point Church, which recently celebrated its 200th anniversary but doesn’t have a pastor. It’s a small congregation in a rural area far from a large metropolitan area. Its interim pastor for the past year is from El Salvador.

High Point is a small farming community about 30 miles southwest of Jefferson City. It’s  in an unincorporated area and uses a California, Mo., address. The congregation was founded in 1820—a year before Missouri became a state and was still the beginning of the western frontier. About 125 worshipers attend services every Sunday. It’s healthy and thriving and growing.

What causes a church to continue for 200 years? According to its former pastor, Glen Golden – who served High Point from 2009-2019 – the church “can’t sit still. It has a very strong work ethic and it bleeds over into their faith and their walk with the Lord. They’ve got to be doing something.”

“This is a great church. We have a very good relationship with the community,” Mena said. “Anybody (in the community) that has a need, they know they can count on us.”

He said Christianity isn’t a requirement for help. “When someone comes to our church and needs ministry, we minister to them.”

Golden said he was impressed when he pastored at High Point that there were always “5 or 6 missions things going at a time.”

“We use our missions fund to support and sponsor projects in the community,” Mena said. “We send a group of people to take care of repairs and projects” for local elderly, widows, and others in need.

“Our building is available for anything that has to do with serving the community.” It’s used for family gatherings, as a voting center, and for special events.

There are two town cemeteries the church maintains at its cost.  The church puts on a major local festival the last Sunday before Labor Day that is a bit like a Fourth of July celebration with a worship service, BBQ picnic, music stage, and fireworks. Around 300 attendees come from across mid-Missouri.

The church has a strong children’s AWANA program. The annual Christmas play, which includes a free meal, attracts 250-300 people every year.

“We don’t have more capacity. This last year we had to put a (video) screen in the village because so many came to the Christmas play,” Mena said.

“We had a great turnout,” Mena said. “We fed the kids every day…and then we had the VBS.”  The VBS missions offering totaled $400, which was used for flood relief efforts in El Salvador.

Golden said High Point church has a “zeal for winning the lost, and for Bible study, and for discipleship.”

“You drive out there and you see a house here, a house there—a little community. You don’t realize up and down those roads there’s lots of people.  (The church has) a strong missions interest.”

The church’s regular Sunday morning attendance is around 80 for Sunday School, and 125 for worship. Over the last year it’s baptized five new believers.  Last winter when heavy snowfall created problems with Sunday services Mena began streaming them on Facebook.  As a result the church services changed little when they were suspended due to the coronavirus pandemic.

“By the time COVID hit the church was already used to using Facebook Live,” he said. The church returned to live meetings in June.

Mena had a circuitous route to High Point that originated in El Salvador. Born there, he came to the US to attend Rio Grande Bible College in Edinburg, TX. After graduating in 2002 he joined the Missouri Baptist Convention to work with the state’s Hispanic ministry emphasis.

Other roles followed as Christ led and included positions as a church planter, campus pastor, and leadership trainer, coach and speaker with the John Maxwell Team.

When Golden retired from High Point church, Mena was asked by the Concord Baptist Association to work with the church as it searched for a full-time pastor. He said his Maxwell leadership training is helping the church as it faces a challenge common to many congregations.

The church “is in that transitory period where the 30 to 40 age group is having to transition into leadership because the current leadership is getting older,” Golden said.

“Right now the challenge is to pass the baton (of leadership)…in a healthy and effective way to the new generation that will minister to the church for the next 200 years,” Mena concurred.

Mena said current leadership shares the vision. “There’s great leadership. (They understand) this is about legacy, about consistency, about moving forward.”  Fortunately, Mena said, the church has a core group of young professionals that can take the reins.

Asked what he thought about High Point’s landmark achievement, new Concord association Director of Missions Allen Earls said: “Can you begin to imagine the impact they’ve had for the kingdom of God?

“There’s probably not a country in the world that they’ve not had some kind of influence on because of someone that was discipled by that church.”

Golden and Mena are optimistic about the church’s future. “I’m confident the church will continue its missions zeal,” Golden said. “That’s just in their DNA.”