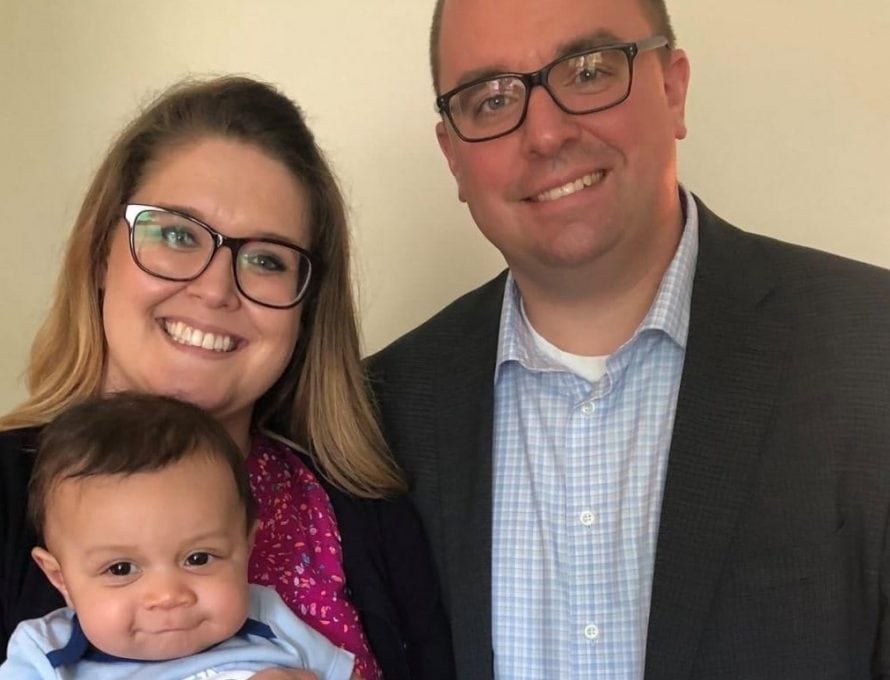 ST. LOUIS – Matthew and Leslie Creath seek to educate people about foster care and adoption, partnering with their church, Parkway Baptist Church here, and with the Missouri Baptist Children’s Home. After serving as foster parents for some time, they adopted their son Henry in 2019. (Photo courtesy of the Creath family)

“Before Leslie and I married ten years ago, we talked about adoption and foster care,” Matthew said. “We always thought that was something we’d be interested in.”

They lived in Springfield and were licensed foster parents through the Missouri Baptist Children’s Home (MBCH). Then they moved to St. Louis.

“At least one of us were there around the clock for him. The hospital said foster parents don’t have to do that, but he needed someone to be there for him,” Leslie said.

After caring for several foster children and being unable to have their own biological children, the Creaths began adoption plans, costing over $30,000. They planned to adopt a baby from a Los Angeles woman, but while in the waiting room, the woman decided at the last minute to keep her baby.

“It was a crushing blow to us,” Matthew said.

In 2018, they met with another pregnant woman in St. Louis, alongside an agency representative. Henry was born and his adoption by the Creaths was finalized in May 2019. The couple then came to Parkway Baptist Church in St. Louis, where Matthew serves as minister of administration and education.

“God placed fostering and adoption on our hearts,” Matthew said. “We prayed for how to mobilize more Christians to care for the vulnerable.”

“Pro-life expands beyond the birth of a child,” Leslie said.

The Creaths feel education is key.

“There are over 1,000 children in the metro (St. Louis) area needing foster care. What does it look like for a local church to tackle this issue? We also wanted to come along side the MBCH.”

The couple planned – and had 100 commitments– to do the Empowered to Connect Conference at their church in March to better serve adopted and foster children. Most who signed up were not from Parkway.

“There might have been some non-believers, and we wanted to tell the biblical idea of adoption,” Matthew said.

But COVID-19 hit, and everything was shut down. The conference was canceled.

While people complained about being unable to go to church, the Creaths saw a deeper need. What effect was the virus having on the MBCH?  What could Parkway do?

“Those in the residential program were stuck at homes too. They said the greatest blessing they could receive was for residents to get fast food brought to them. I wasn’t even sure we could get $100 for that. Parkway responded with several thousand dollars to provide weekly meals, including Buffalo Wild Wings for some of them.”

After the stay-at-home order was lifted, the remainder of the donations was given to the MBCH.

The Creaths are developing other plans to meet needs, like ministering to overburdened social workers or giving suitcases with a stuffed animal, instead of lawn bags, when children suddenly must go to foster homes.

“Most people say they could never adopt or offer foster care. If Christ sacrificed for us, we surely can sacrifice for Him for some of those made in His image. Foster/adoption is not about you. It’s a roller coaster of denial of self,” Matthew said.

“God doesn’t need super heroes. He needs people to be obedient and have their life interrupted a little bit. You don’t know what needs they have, but you work through it by diving in and trusting God,” Matthew said.

“People think they may be too old. The greatest need are teens aging out of the system. At 18 they are on their own. When they age-out, they may have no place to go for Christmas, they may lack life skills. Even empty-nesters can be involved. There’s even a respite program to give regular foster parents an overnight or weekend break,” Matthew said.

“This allows us to glorify God, share the gospel, and minister to kids and families. The goal of foster care is reunification of children and parents. When you treat the biological parents with respect and pray in front of them, it helps them realize you are on their side and the side of their children. Most foster kids are friends of your kids,” Leslie said.