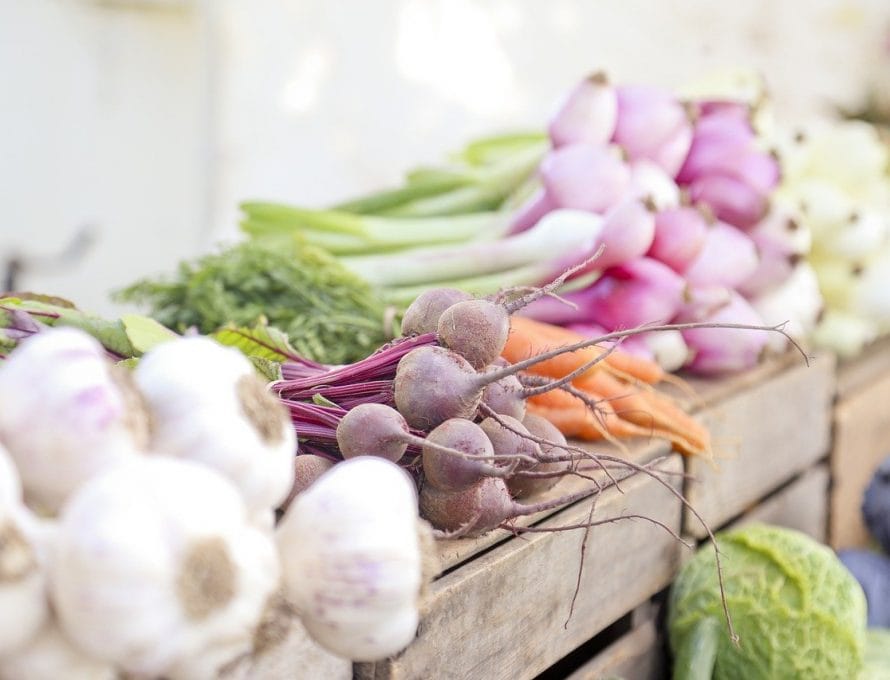 HANNIBAL – Sometimes God causes a gospel opportunity to fall into your lap. Literally.

Southside Baptist Church Pastor Scott Hawes and a deacon were hauling a load of fresh produce to giveaway. Going around a bend, the plastic wrap securing the load came loose and wrapped around the wheel of the truck, throwing half a dozen 25-lb baskets of food into the road.

“It could have been bad: fruit and vegetables flying through the air,” said Hawes. “My heart just sank. We could have hit a car or broken a window.”

One basket did make it through a van window, but thankfully it was open and the seat was empty. The food was a little jostled, but still in the basket.

As luck would have it – or, more rightly, by God’s providence – the van belonged to a family Hawes had been trying to connect with, a family who was also in need of food assistance.

The family helped Hawes and the deacon gather up the remaining baskets of food, sharing a good laugh at the situation. Hawes thanked them and told the family they could keep the food.

“We needed groceries, and the Lord provided,” one member of the family told Hawes.

It’s the first of what Hawes hopes is many interactions between the family and the church.

“I know that when I do see them again, that we’re gonna have a good laugh, and then I can share the gospel directly with them,” he said. “It’s just one of those things that God sometimes works through our moments of trials.”

The food Southside was able to give away is part of a partnership between Missouri Baptists’ Disaster Relief ministry and the United States Department of Agriculture in a program that connects food providers to local nonprofits to feed the hungry. The USDA works directly with vendors and relies on local partners to deliver the food to local distribution points. Any non-profit can approach the vendors and apply for a contract to distribute produce, milk or meat. Missouri Baptists are delivering prepacked 25-lb boxes of produce.

Gaylon Moss, who heads up Missouri Baptists’ Disaster Relief efforts, said it was a good illustration of partnerships even when there is no obvious disaster.

“It’s a bit out of the ordinary,” he said, “but we have the resources, the assets, and the mechanisms to do that. We want to be good partners, and it turned out to be a great blessing.”

For a vendor, “to deliver the last mile is the hardest part,” Moss said. “That’s where the Church is in a wonderful position. We have direct contact with people in need. It’s not only physical health, but spiritual help as well.”

Moss said the Disaster Relief network was scheduled to participate through Aug. 30, at which time the government will decide if the program will continue into the fall. Through the end of July Missouri Baptists have distributed nearly 1 million lbs. of food through churches and associations in 79 cities across 32 counties.