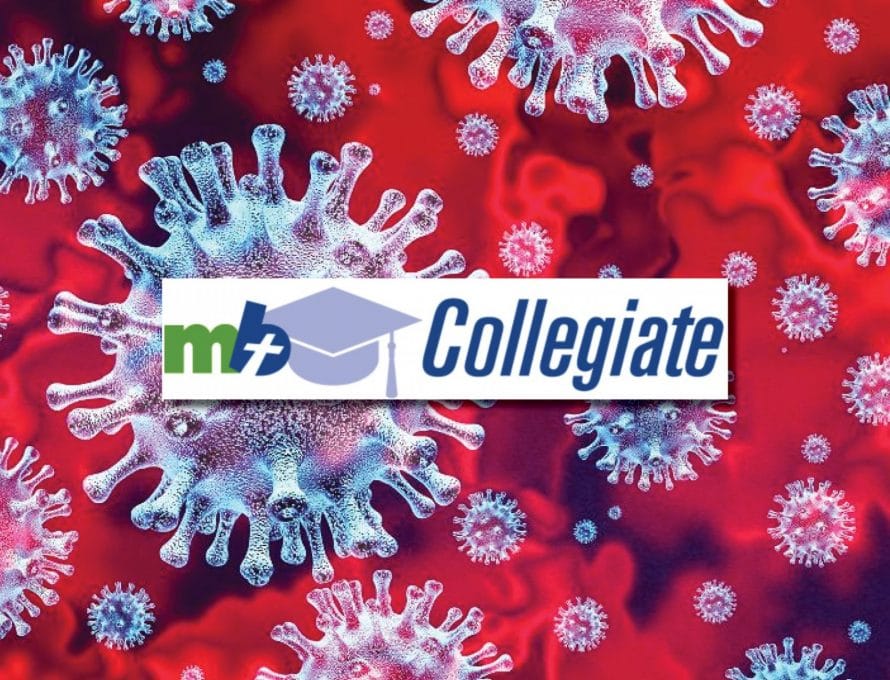 ST. JOSEPH – When Campus Missionary Paul Damery first heard of the concept of Challenge Villages from Resonate Church in Washington State, he logged the idea away. “During the summer, their church meets in Challenge Villages where people lived. I thought that was a cool idea, but a lot of our students live in the general area [of the BSU], so it wasn’t a good fit.”

Little did he know that the circumstances of coronavirus would provide the perfect context to implement the concept in his ministry, Christian Challenge, at Missouri Western in St. Joseph. The last two summers, Cody, one of his staff members, led a small group in his house with his wife. With large-group gatherings off the table, all  of Damery’s staff were interested in leading groups this summer.

“We ended up with these four villages on four different days and times,” Damery says. “We encouraged anyone who is in town and connected with our ministry to be in one,” says Damery. He and his wife, Jala, lead one on their back porch; Cody and his wife lead another at their house; a staff member named Isaac leads one hosted in the house of two Challenge girls; the fourth is led by staff member Miranda and her fiancé, Adam, at her apartment.

The villages aren’t just a Bible study, Damery says. They include a time of fellowship, Bible study, and prayer walking on campus or in the neighborhood where they meet. Some Villages include additional activities at the discretion of the leader to fuel students in their spiritual growth.

Over fifty students have participated in Challenge Villages, a few of whom are incoming freshmen. In the eyes of Village leader Adam Woodrum, senior biology student and ministry intern, “seeing incoming freshman desire to plug themselves into Christ-centered community” before the semester begins has been the most impactful function of the Villages.

Incoming freshman Grace Schwope says, “I learned so much more than I ever expected in just one summer, and was able to share it with other friends! It’s such a blessing to be a part of a group of people your age that have such a deep desire to know more about Jesus and live out their faith. I left every single meeting so encouraged!”

Leading a Challenge Village has been refreshing for Damery and his family. “As my family has gotten older, the thought of leaving to go to a Bible study that they weren’t invited to is less appealing. I want my family to come and be a part of it.”

The experience has also helped refocus his own heart on living missionally in his neighborhood. On one prayer walk, he and his Village met a neighbor who had recently moved in. “We had a really good conversation with him – not a gospel conversation, but it’s helping me think about being on mission in my neighborhood,” he says.

Damery’s village, dubbed the “Back Porch Village,” also includes time to share stories about how God has been working in their lives and opportunities they have had with others. “We’re seeing that component of our time growing. It serves as accountability that we should be expecting God to work. Hearing how God is working through them as they’re engaging in a world that is affected by the pandemic and encouraging one another is exciting,” he says.

For participant McCabe Davis, his Village has served as a source of accountability in his walk with Christ “at a time when you might be tempted to slack off a little,” he says. His Village practices sharing the gospel as part of their group time. “Every week we have someone present the gospel to the rest of the group,” he says. “It gets you to really think about what you would tell someone if they asked you what you believed in and remind everyone why they’re going to a Village in the first place.”

Challenge Villages have served as a unique opportunity for Damery to see his leaders take ownership of the ministry. “For me as a leader, I’m not touching all the work that’s happening. I’m really just trusting that God is working through them.”

Plans for the fall semester remain uncertain as the university unrolls its plans and Christian Challenge navigates through wise planning, but Challenge Villages offer an alternate way to continue doing ministry. “We’ve talked as leaders that if meeting as a large group doesn’t work, maybe we can continue these instead of how we’ve traditionally done campus ministry,” Damery says. “It feels like there’s hope…we may have to change things, but we can do that.”