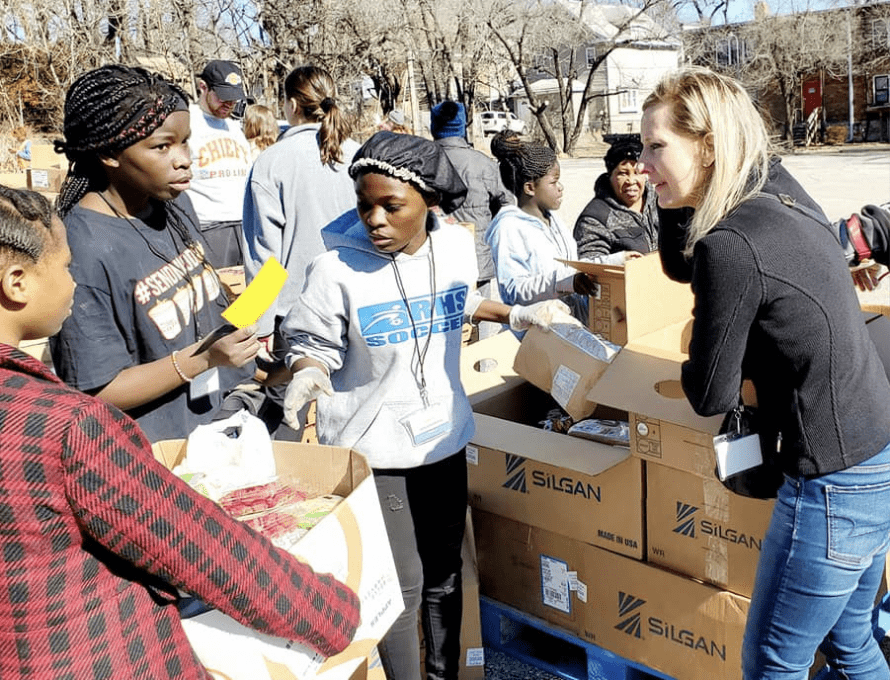 KANSAS CITY – By the time 12-year-old Alinoti Fataki was born, his parents and older siblings had already fled from violence in their small village in the Democratic Republic of Congo. From the Congo, they made their way through Tanzania, Zambia, Malawi and then to Mozambique, where Fataki was born. Throughout their journeys, his family suffered through warfare and sickness. In Mozambique, his sister nearly died of illness.

“But here I am today, and even though we have faced many difficulties, we didn’t give up,” Fataki said. “We never lost faith. We trusted and praised God in all things.”

Today, Fataki and his family live in Kansas City, where they’ve connected with Agape Pamoja, a ministry to refugee families founded in 2016 by Nathan Dunahee and his wife, Krystal, members of Abundant Life Church in Lee’s Summit.

The ministry name, Agape Pamoja, combines the Greek word for “love” and the Swahili word for “community” or “doing things together.” And for nearly five years, the ministry’s partners have joined together to share God’s love in their community and across the globe.

According to a press release from Agape Pamoja, nearly 20 percent of these refugees – roughly 1,000 people – come originally from the Democratic Republic of Congo. The ministry’s relationship with the Congolese community here is “rooted in” its partnership with Yesu Ni Jibu Church, an African church plant with about 200 members.

For nearly five years, Agape Pamoja has helped refugees find affordable homes and establish their families in Kansas City by refurbishing “blessing houses.” After the ministry purchases the home, volunteers renovate bathrooms, kitchens, the flooring and windows. Then, refugee families can rent the home – often for half of the price they were paying their previous landlords. But, since Agape Pamoja is a non-profit ministry, any funds raised through rent payments go to help other refugee families.

Late last year, Agape Pamoja bought its thirteenth and fourteenth blessing houses and began to renovate them. Then, before the COVID-19 pandemic hit the state earlier this year, they bought six more homes. And, according to Dunahee, this unexpected blessing came at the perfect time.

“This allowed us to work on multiple homes simultaneously, breaking larger groups into smaller groups, which allowed us to keep working during COVID-19 and get a lot done,” he said. As a result, six families were able to move into their new homes by the beginning of June.

Through the years, Agape Pamoja has also provided other resources for the refugee community in Kansas City:

The ministry also provides leadership training opportunities for young people, like Maria Amisi. Amisi was born in Mozambique after her family left the Congo. Later, they moved  to Kansas City, where Amisi has now been named into the Kansas City scholar program, and where she is a 2020 Scholar/Athlete in the Ruskin School District.

“Maria works hard, makes good decisions, and already has a credit score in the top 10 percent of the U.S. population,” Dunahee said. But there’s more: She is an Agape Pamoja youth leader, having invested more than 500 volunteer hours in ministry last year. She also “helped lead the education team for the water installation project at an orphanage in Guatemala,” Dunahee said. She is a picture of what happens when God calls His people to join together in sharing His love.