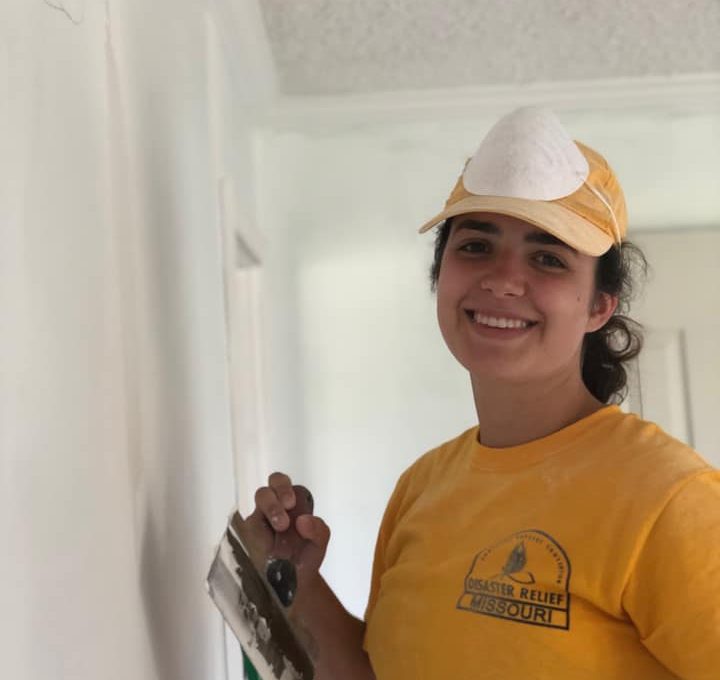 JEFFERSON CITY – The Rheubin L. South Missouri Missions Offering supports 18 ministries in Missouri. This year’s theme is taken from 1 Chronicles 29:9 – “Then the people rejoiced because they had given willingly, for with a whole heart they had offered freely to the Lord.”

Soon, inmates in the Jefferson City Correctional Center may pursue a four-year biblical studies degree. Hannibal-LaGrange University plans to train 20 men per year to minister to their incarcerated peers. HLGU leaders are planning to expand this ministry to other prisons, including women’s facilities, over the next decade.

MMO gifts help cover the costs of this ministry, which include hiring a director, building a theological library, and  paying qualified professors.

Graduates are certain to help transform the prison culture as they become trained missionaries to their peers.

The MBC recruits seven college interns each summer to engage in disaster relief across Missouri and throughout the U.S. These interns are trained in DR ministry. They are  provided lodging, meals, transportation, and a stipend. They learn valuable teamwork and disaster-response skills.

Last year, Taylor, a student at Missouri S&T University in Rolla, was sent to assist in flood recovery in Levasy, Mo. Taylor, who majors in geology, was admiring the rock collection of an affected homeowner. The homeowner, in turn, kept giving Taylor rocks to share with her DR team. The two ladies bonded as the DR team ministered to the homeowner and prayed for her.