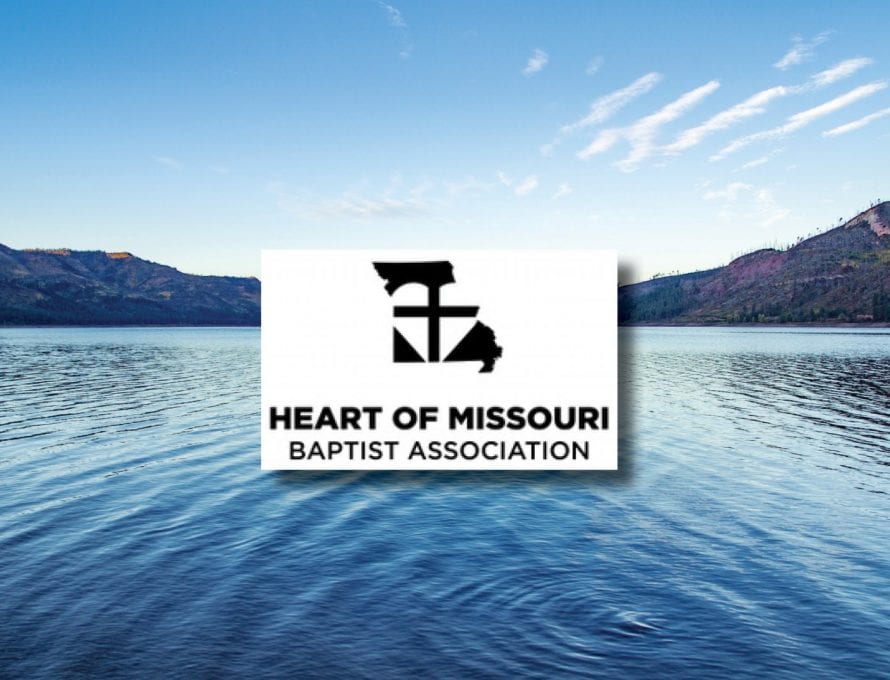 KINGDOM CITY – Romans 8:28 says all things work for the good to those who love God and are called according to his purposes.

Consider the planned mergers of two central Missouri associations – Grand Crossings and Mid-Missouri – and what has happened since the virtual pandemic shutdown.

“I’m Director of Missions for the Grand Crossing Association. Dr. Larry Lewis (former DOM) of Mid-Missouri Baptist Association (a.k.a Little Bonne Femme Baptist Association) kicked around a merger for several years. The associations have been together and out and back several times since 1840,” said Preston Thompson.

“Dr. Lewis was retiring in January. We decided this would be a good time to merge. We talked to the two leadership councils, then to the two executive boards of the associations. Last September, in the annual meetings, we agreed to pursue the final things,” said Thompson.

“We have a history of affinity of both the associations. Through the years, we have done a lot of joint ministry,” Lewis said.

Lewis said in 2012, Little Bonne Femme Baptist restructured under the new name of Mid-Missouri Baptist Association, but is still legally LBFBA. Then Lewis was told to prepare to fold LBFBA, but that executive board said “No.”

“From that point, we moved forward,” Lewis said.

Since both are legal corporations, documentation for the Secretary of State’s office must match. Complicating things are votes themselves. Grand Crossings has one vote per church, and a no-show is counted as a no vote. Mid-Missouri has one vote per association messenger.

The merger vote and adoption of the new name – Heart of Missouri Baptist Association – was to occur, March 17. Unbeknownst to anyone, Gov. Mike Parsons shut down the interaction of people in the COVID-19 response two days earlier.

“Some of us call it ‘Baptist Purgatory.’ We were not able to get together,” Thompson joked.

During the pandemic, many churches used the Zoom application to teleconference services and meetings. Some pastors of the two associations began this too.

“They merged together in spirit better than I felt they would in March. Churches are helping each other in their services, in kingdom work, in the brotherhood. and they’ve been able to get past county line divides. It’s been a beautiful thing,” Thompson said.

L. P. Cook said, “I’m the moderator nominee of the new association (Heart of Missouri Baptist Association). The restrictions put our vote on hold. Preston put together weekly Zoom calls in both mornings and evenings for the pastors and bivocational pastors to share what they were doing. We pray for each other by Zoom with weekly meetings.”

“We’re hearing new ideas from different perspectives,” Cook said. “We have different health departments, different city sizes, different technology. The biggest benefit has been to bear each other’s burden. Holding off the legal (aspects) has given us the time to do more functioning together.

“The guys share what is going on in their church or families and are even having informational meetings about our associations.

“It’s uncharted territory for our association. What is true with small churches is true across the board. But It’s been a ball of fun to watch. We celebrated with a lot of cheering when one older pastor jumped on Zoom,” Cook said.

Cook noted the legal struggles to officially overcome – like defining Cedar Crest Camp ownership, which the two associations have jointly owned since 1930 and getting the voting percentage from members have been “a couple of extra hurdles. There is no provision for digital voting. We want to get the majority of churches and members involved.”

“They still function as one association. Almost without exception, they are excited. Several churches who previously planned to leave or weren’t in the associations now want in. We have more new churches than we have lost,” Lewis said.

“Even in times where we can’t physically get together, we’re making connections with the pastors. We are not merged. We are functioning as an association across two associations. This forced waiting period has been good to see how it works before it works. It’s been good getting to know one another. The pastors are well pleased how it is going,” Cook said.

A new merger meeting is tentatively set for August.

“I hope it proves COVID has been a blessing in disguise,” Thompson said.

It (the merger) is still very much in my heart and prayers. I’ll still be a part of it. I feel it certainly is of the Lord. It’s been prayed over and about for a while,” Lewis said.