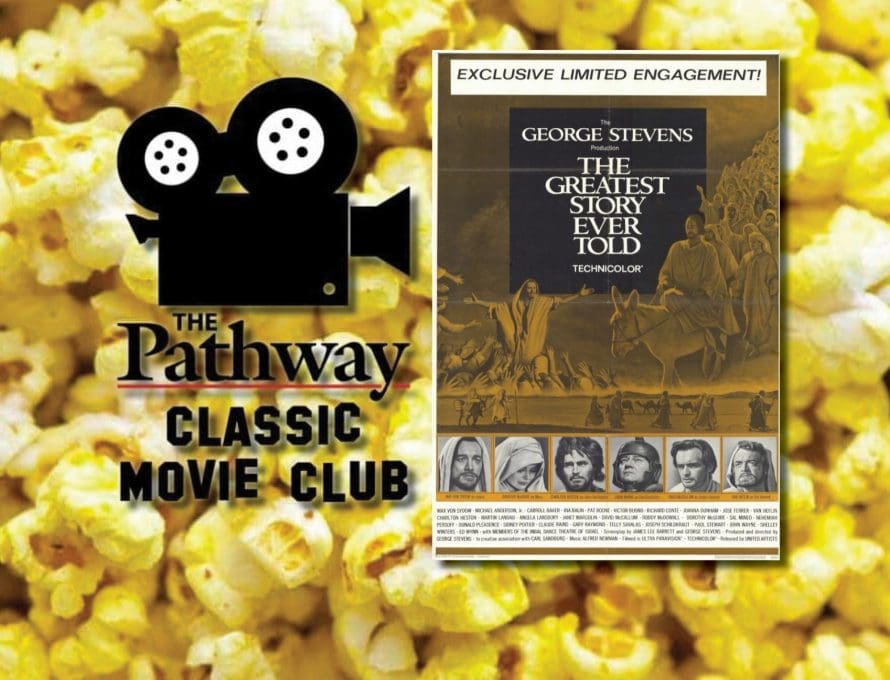 1965’s “The Greatest Story Ever Told” is a good, enjoyable and edifying movie, even if its incredible cast can at times overshadow what truly is the greatest story ever told.

In what would be his final role, Claude Rains is superb as King Herod, giving him an air of madness and obsession. Charlton Heston is also excellent as John the Baptist and has a blast leaning in to the man’s “voice of one crying in the wilderness” reputation. The trick casting can be distracting at times, such as during the dramatic moment when a silhouetted Roman soldier looks up at Christ on the cross and says, “Truly He was the Son of God.” The moment grinds to a halt when you realize that voice belongs to John Wayne. Max von Sydow is not my favorite big screen Jesus; he comes across as a little severe, though his performance is respectful and appropriate.

It’s not an overly sensational retelling, nor is it a colorful or a visually exciting movie. Everyone is dressed in the same dirt-colored robes.

The movie immediately presents itself as a dramatic story, not necessarily a word-for-word retelling of a certain biblical passage. The opening credits even feature a “programme,” giving us a scene-by-scene table of contents of what we’re about to see.

Some events and characters are truncated and moved around. For example, the movie decides Mary Magdalene is the woman caught in the act of adultery, the one about whom Jesus says, “Let he who is without sin cast the first stone.” Still, it is a mostly faithful adaptation of Jesus’s birth, life, crucifixion and resurrection.

Yes, it is. It hits a lot of the same beats as “King of Kings,” but this is a much more memorable film.

In an amusing bit of wordplay, everyone keeps referring to John the Baptist as simply “The Baptist.” It’s a perfectly legitimate way of referring to him, but it just makes this Southern Baptist giggle every time Herod Antipas lashes out against “the Baptist!”

Yes, without any reservations. It is, however, very long and kids will likely need to view it in chunks. The original version ran for four hours and 20 minutes The time was revised three times, and the version I saw was only three hours and 19 minutes.