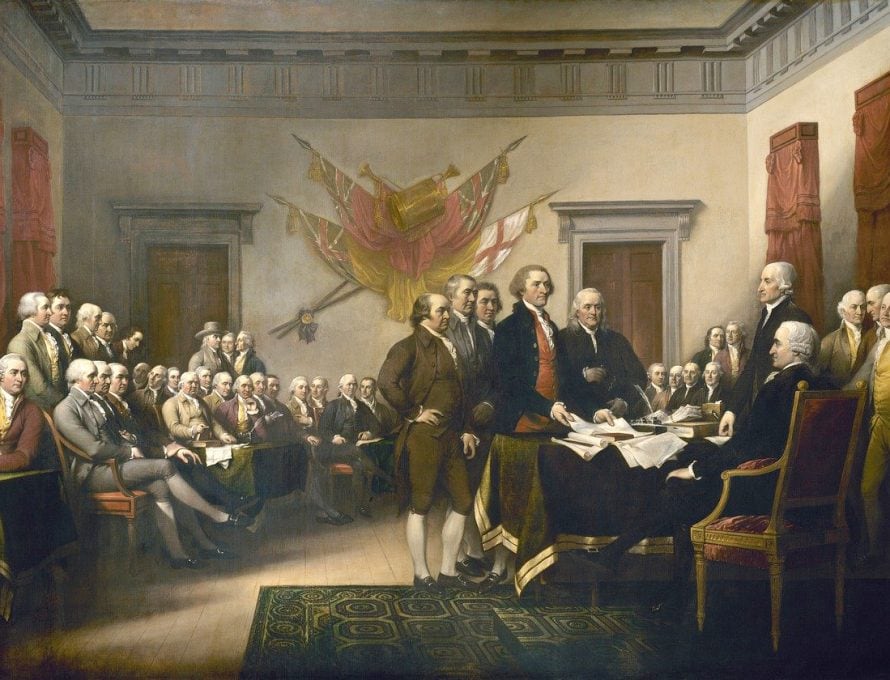 KANSAS CITY – Historian Thomas Kidd serves as a distinguished visiting professor at Midwestern Baptist Theological Seminary here. He is the author of several books about the founding era of the United States, including God of Liberty: A Religious History of the American Revolution; Patrick Henry: First Among Patriots; Benjamin Franklin: The Religious Life of a Founding Father; George Whitefield: America’s Spiritual Founding Father; and The Great Awakening: The Roots of Evangelical Christianity in Colonial America. As the nation celebrated its independence earlier this month, I spoke with Dr. Kidd about the role of faith among the American revolutionaries and Founding Fathers of the United States.

Ben Hawkins (BH): How would you describe the impact that Christian beliefs had on the revolutionary era and founding of the United States? 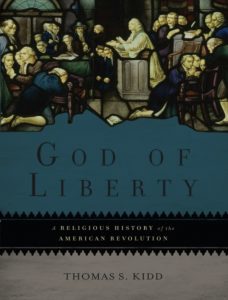 Thomas Kidd (TK): “So, the major founding fathers are a mixed bag as far as their personal faiths. Franklin and Jefferson definitely are in the sort of Deist/Unitarian camp. Washington and Madison and Hamilton tend to be kind of quiet about their own faith. Adams is Unitarian. You really have to go down to people like Patrick Henry, John Jay and Roger Sherman to find orthodox traditional Christians – and in Sherman and Jay’s case, evangelicals. It’s important to remember that there were thousands of other people involved in the founding, and lots and lots of them were traditional Christians, many of whom had been converted in the Great Awakening.

“So, the five or six Founding Fathers whose faiths that we obsess about are not really representative of the American people in 1776. But if you back up even more broadly than that, it’s easy to see that Christian, or at least theistic, principles made a huge impact on the way that the Founders thought about politics and human nature and good government. So, they all believed that people were not naturally good. They believed in at least a somewhat flawed human nature, and that’s why you had to have divided branches of government. My favorite expression of this is when Madison said in the Federalist Papers that if men were angels, no government would be necessary; and men aren’t angels, so you’ve got to account for that when you’re framing the best kind of government. They almost all believed that if you’re going to have a Republic that you need a virtuous people, and the way that they understood virtue was mostly informed by Christian standards of morality, Judeo-Christian standards of morality: don’t lie, cheat and steal and so forth. …

“And well, for the Founding Fathers, where does virtue come from? Education can help and so forth, but they think – even someone like Jefferson thinks – that for most average people that virtue comes from their faith. And in his first inaugural address, he said one of the bulwarks of the Republic would be our shared faith, which almost exclusively meant Christianity.

“So, even someone like Jefferson who was personally a skeptic, Unitarian type, could see that Christian morality is essential to the life of the Republic. I think that sometimes focusing so exclusively on the faith of these five or six Founders and what they personally believed – I mean, that’s a subject I’m interested in, of course. But it doesn’t necessarily tell you what those Founders believed about how the Republic was going to work. And that’s where I think you see a stronger evidence about the influence of religion, which for almost everybody meant Christianity and the influence of that on the American founding.”

BH: In your book, God of Liberty, you described a few core beliefs that, during this era, brought together people who had sometimes divergent beliefs about God and faith. But they agreed on these core religious beliefs – one of them being their emphasis on religious liberty. Tell me about that.

TK: “The spectrum of religious and cultural diversity in 1776 was not as wide as it is today, but it is surprising to see people like Jefferson, who is so beloved by so many evangelicals because of the issue of religious liberty. Baptists (at the time) knew that he was not a traditional believer, but they – Baptists, in particular – were so tired of being persecuted by the American colonial governments … that they were delighted to have someone like Jefferson, even though his personal faith might be iffy. They loved him for his championing of religious liberty.

“Jefferson and Madison, likewise, could never have gotten what they were able to achieve on religious liberty, without the support of tens of thousands of evangelicals who were clamoring for an end to the official state denominations. So I’m most struck by religious liberty, and it’s most pertinent, I think, to Baptist history. That was a cause that brought together people from basically the two extremes of the religious spectrum in 1776, which would rough