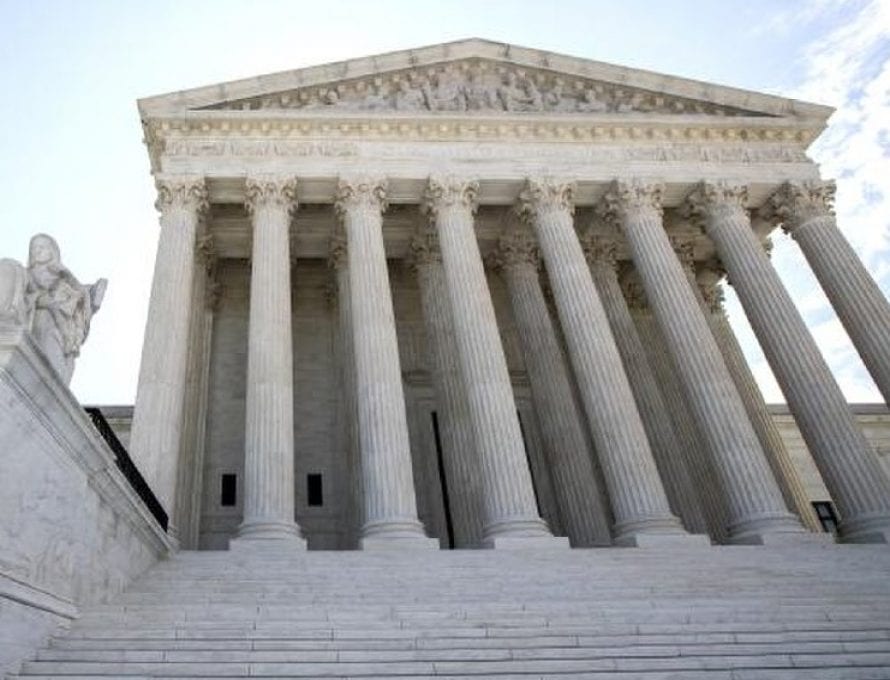 WASHINGTON (BP) – The U.S. Supreme Court reaffirmed in two 7-2 rulings July 8 that churches and religious organizations are free to make employment and health insurance decisions based on their convictions.

In one ruling, the justices reiterated their support for a “ministerial exception” that enables churches and other religious bodies to hire and fire based on their beliefs. They had ruled unanimously in 2012 in favor of such an exception. In consolidated cases, two Catholic schools in the Archdiocese of Los Angeles chose not to renew contracts for two fifth-grade teachers based on what they said was poor performance.

In its other opinion, the high court upheld federal rules that protect the rights of employers with religious or moral objections to the Obama-era, abortion/contraception mandate. The opinion came after a seven-year legal battle by the Little Sisters of the Poor, a Catholic order that serves the poverty-stricken elderly, to gain an exemption from the requirement.

“If a religious organization cannot recruit leaders who agree with the beliefs and practices of those organizations, then there can be no true religious freedom. The Court recognized that today,” ERLC President Russell Moore said in a written statement of the “ministerial exception” opinion.

He expressed his hope the decision “will put behind us some of the more outrageous attempted incursions into religious liberty by the state, and will enable all of us to move forward into the future, with a free church in a free state.”

Of the Little Sisters ruling, Moore said it “upholds one of the most important principles of the American experiment in liberty: that the state does not own the consciences of human beings.”

Americans can hopefully move toward a “public square in which we can have moral and doctrinal debates without seeking to force people into choosing between their deepest held convictions and the callings of service to which those convictions lead,” Moore said. “These joyful nuns can now serve the poor without fear that Uncle Sam will try to be their Pope.”

In the cases, the ERLC joined in friend-of-the-court briefs in support of both the schools and the Little Sisters. In the court’s majority opinion on the “ministerial exception,” Associate Justice Samuel Alito cited the ERLC brief.

“I’m grateful for both of today’s Supreme Court decisions that upheld the Constitutional protection of our religious liberty for all,” said Ronnie Floyd, president and CEO of the SBC Executive Committee. “Protection of this ‘first freedom’ is vital for our churches and other religious organizations. It was also encouraging to see Justice Alito cite the amicus brief filed by the Ethics & Religious Liberty Commission regarding the rights of religious organizations to hire those who share their beliefs.”

The 7-2 decisions in the cases followed the same voting pattern among the justices: Typically liberal members Stephen Breyer and Elena Kagan joined Chief Justice John Roberts and the conservative wing — Clarence Thomas, Neil Gorsuch, Brett Kavanaugh and Alito — in the majority. In the “ministerial exception” case, Breyer and Kagan signed onto the court’s opinion, while they agreed in the judgment in the Little Sisters ruling but filed a concurring opinion.

The other two members of the court’s liberal wing – Ruth Bader Ginsburg and Sonia Sotomayor – dissented in both cases.

In the “ministerial exception” cases, the teachers whose contracts were not renewed brought suit against the schools. One teacher alleged age discrimination, while the other claimed disability discrimination based on chemotherapy treatments that caused her to take time off. Federal judges ruled in favor of the schools based on the Supreme Court’s 2012 Hosanna-Tabor v. EEOC decision. The Ninth Circuit Court of Appeals in San Francisco, however, reversed the opinions, ruling the teachers did not qualify under the “ministerial exception.”

“What matters, at bottom, is what an employee does,” Alito wrote. “And implicit in our decision in Hosanna-Tabor was a recognition that educating young people in their faith, inculcating its teachings, and training them to live their faith are responsibilities that lie at the very core of the mission of a private religious school.”

Court determination of how “religious schools discharge those responsibilities would undermine the independence of religious institutions in a way that the First Amendment does not tolerate,” Alito said.

The Little Sisters were among scores of religious organizations that sought an exemption from a 2011 federal regulation issued as part of implementing the health-care reform law enacted the previous year. That rule required employers to provide their workers with coverage for contraceptives, including those with mechanisms that can potentially induce abortions, or face devastating fines.

It is clear, Thomas wrote, “the contraceptive mandate is capable of violating” the Religious Freedom Restoration Act (RFRA), a 1993 federal law that requires the government to have a compelling interest and use the narrowest possible means in burdening a person’s religious exercise.

The ERLC, GuideStone Financial Resources and other Southern Baptist entities opposed in friend-of-the-court briefs the abortion/contraception mandate and its failure to protect non-church-related, nonprofit organizations that object to the requirement. GuideStone and the ministries it represents had previously won in their legal challenge to the mandate.