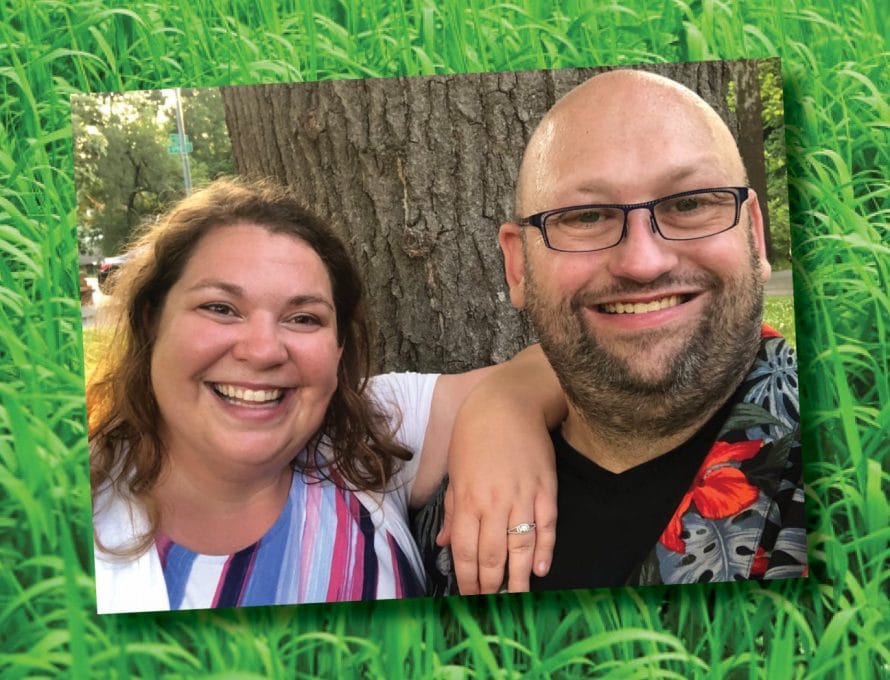 The nature of journalism – particularly Christian journalism – and reporting the news – particularly as it relates to God’s people – have been on my mind lately. They’re on my mind because, after 15 years and more than 300 issues of The Pathway, I’m headed for something new and exciting. Though I’m extraordinarily sad to say goodbye to you as readers, I’m delighted to tell you I’m moving from Jefferson City to Kansas City and will soon marry my fiancée, Melissa. I covet your prayers as I begin a new life there with her, in the land of fountains, BBQ and baseball with a designated hitter. Adjusting to the latter is going to be a significant change for me… pray for my attitude! (My last day at the Missouri Baptist Convention will be July 31, though because of our production schedule, I should have articles that appear in the Aug. 11 issue as well.)

Since the remaining Pathway staff and freelancers won’t brag on themselves, allow me a moment of personal privilege to brag on their behalf. I’ve been beyond blessed to spend these years working alongside and watching amazing and godly servants. I wish I could explain to you just how much these men and women have influenced me, prayed for me, poured into me, and even wept with me. I’m lucky to know them, let alone call them my friends and co-laborers.

One of the many reasons I’ve enjoyed working alongside Don Hinkle and Ben Hawkins is the extensive and diverse list of reading material they provide me. Your Pathway editor in particular is fond of emailing a link to a lengthy article and emphatically (but politely) labeling it “required reading.” Their suggestions are always edifying and challenging. 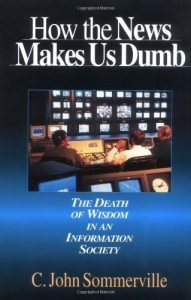 One of the books Ben suggested recently was How the News Makes Us Dumb, by historian and college professor C. John Sommerville. This isn’t some screed against “liberal media,” cataloging biases or enumerating blatant partisan advocacy. Sommerville instead argues that the biggest problem with news is that it’s daily. Since How the News Makes Us Dumb was penned in 1999, news has become hourly, up to the minute and seemingly by the second. As you probably suspect, the problem hasn’t become any less serious as the news window shrinks.

This daily (now constant) drive, he asserts, is the root of all the other issues present in today’s news coverage. News schedules drive government action, and the push for immediacy can create news that will not reflect history decades later. The hunt for novelty turns science into superstition, polls and statistics into fantasy. Those are all fascinating topics and chapters you’d do well to read them – my copy came for less than $3 used on Amazon, but I’m sure your public library has a copy you can borrow.

Interestingly, Sommerville doesn’t believe these problems and our “addiction to being informed” can even be solved. Instead, we should seek wisdom, something news is – often by its very nature – ill-equipped to provide. I don’t need to tell you that this notion of wisdom over mere information is an extremely biblical idea.

This may come across as self-serving (and until July 31, it is), but The Pathway seeks to promote wisdom among Missouri Baptists, not merely to “inform” you. Though we very much want to be timely and relevant, we’d rather be complete, thorough and trusted in our coverage. Though we’d love it if The Pathway became your go-to up-to-the-minute news source over all others, we’d rather play a role in helping you place the news in perspective and promote the idea that God’s Truth has bearing on current events. Though we have training and experience, it’s not to our credit; if our work edifies Missouri Baptists, grows the Kingdom, and fosters wisdom, it is to the glory of God.

There have been countless times we debated a delicious headline, a sensational quote, or a captivating photo that we’ve shelved because we thought better of it. It might have caught your eye and it might have even informed you, but it wouldn’t have honored our Lord or provided you wisdom. We’ve made many mistakes – and in my case, many typos. If you’ve been reading us long enough, I’m sure you’ve come across a headline that bothered you or an editorial decision with which you disagreed. We do pour thought, energy and prayer into our coverage, but we recognize that we are fallen and sinful journalists, I chief among them.

So, pray for your Pathway. Pray it will continue to pursue godly wisdom, not merely information. Though I hope to write the occasional freelance article, I very much look forward to becoming “just” a reader of The Pathway and partaking in that wisdom. Again, I covet your prayers, dear friends, in this new, transitional season: I know the information behind why the designated hitter exists, but I’m struggling mightily to see the wisdom in it.