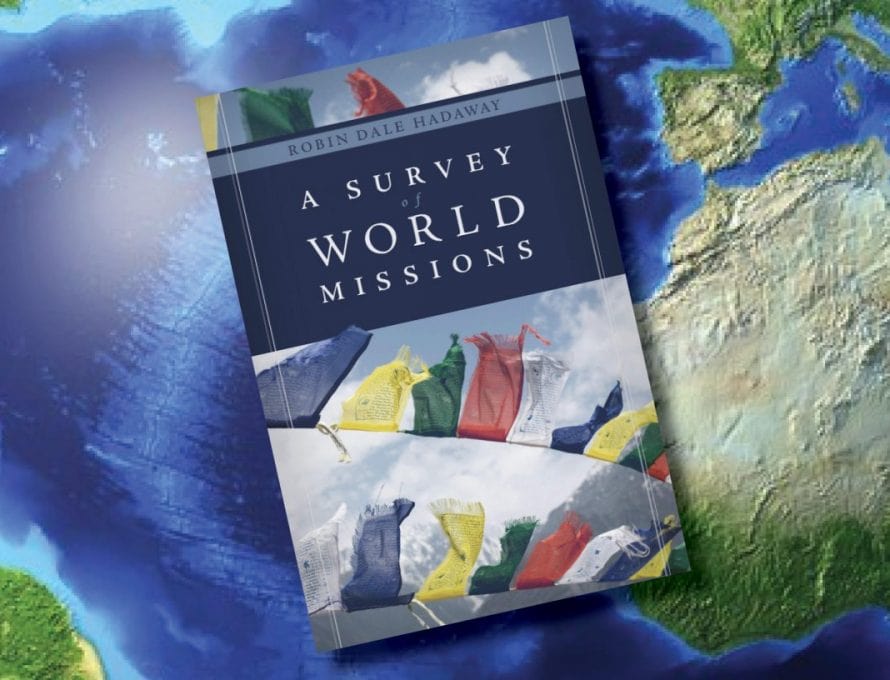 KANSAS CITY – Ever since the beginning of the modern missions movement, Baptists have explored the world, researched its tribes and cultures, and looked for the best methods for reaching all people with the message of the cross. Midwestern Baptist Theological Seminary’s missions professor Robin Dale Hadaway continues this tradition in his latest book, released this year by B&H publishing, titled A Survey of World Missions.

In his book, Hadaway lays out the biblical basis and theological foundations for missions, and he outlines the 2,000-year history of missions. He also describes world religions, cultures and worldviews, as well as mission strategies and methods.

Hadaway spoke briefly about his book, May 10, as a featured guest on “This Week in Church History,” a weekly podcast hosted by Midwestern Seminary church history professors John Mark Yeats and Michael D. McMullen. To listen to the podcast, visit https://www.mbts.edu/resources/churchhistorypodcast.

On the podcast, the three professors also spoke about William Carey (1761-1834), whom Hadaway in his survey on missions calls the “Father of Modern Missions.” Carey was also the author of a treatise on world missions, titled “An Enquiry into the Obligation of Christians to Use Means for the Conversion of the Heathens.”

Carey’s treatise “had so much to do with the way we think about missions well into the 21st century,” Yeats said on the podcast. Not only did it foster mission efforts among early Baptists, but it also encouraged the trend of researching and publishing surveys about world missions, continued now by Hadaway’s recent volume.

Prior to joining the Midwestern Seminary faculty 16 years ago, Hadaway served as a pastor and church planter, as well as a missionary in Tanzania, Kenya, Brazil and a closed, Muslim country in North Africa.