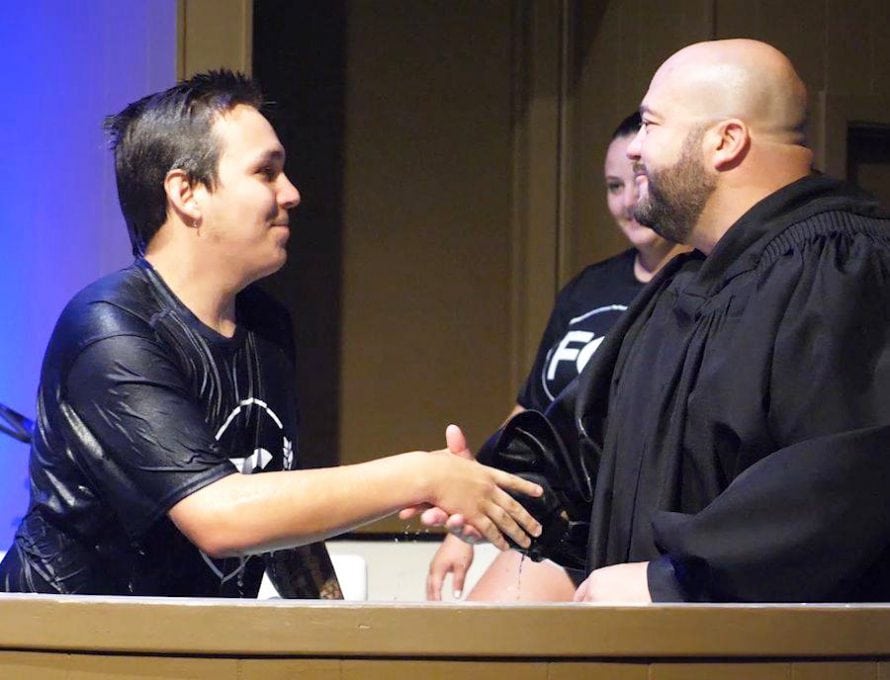 GREENWOOD (BP) – Ten years ago, after several years of decline, the future for a 175-year-old Southern Baptist church in Greenwood, seemed bleak. But a sister church in the area embraced the dwindling congregation and helped them recover their place in the community. In August, the reborn and growing church will host the North American Mission Board’s Replant Summit to help others learn how to do the same.

“The First Baptist Church of Greenwood has an incredible testimony,” said Mark Clifton, senior director of Replant at the North American Mission Board (NAMB). “The Gospel witness of any church is far too important to allow it to fade when adversity comes.”

The 1990s had been a good decade for FBC Greenwood, which attained an average attendance of around 600 people before a church split in 1999 led into a troubled decade of decline. Attendance fell to below 100.

In 2011, Lenexa Baptist Church in Lenexa, Kan., came alongside FBC Greenwood. Greenwood’s leadership realized they were fighting a losing battle by trying to keep the doors open without seeking outside help. Greenwood’s congregation decided to donate all of the church’s assets and become a campus of Lenexa Baptist, which is located about 30 miles away (both communities are located in the metropolitan Kansas City area).

“The recommendation was well-received at the time,” said Chris Williams, who pastors the congregation in Greenwood. “It was almost celebratory. They were ready to do just about anything because they knew where they had come from.”

In 2018, the campus site again became an autonomous church under a new name – Fellowship Church. As its services began nearing capacity, members of the congregation realized they had a decision to make about whether or not to expand the facility. Rather than construct a bigger building, Fellowship Church began reaching out to sister churches in their community.

“We really believe that we can do our part to fulfill the Great Commission by partnering with some of the beleaguered churches in communities close by us and bringing them to life,” Williams said.

Fellowship Church has a vision of seeing a thriving church in every neighborhood. In May 2019, the First Baptist Church of Raymore, Mo., voted to become a campus of Fellowship Church after experiencing difficulty reaching out to its community.

“They were growing, before COVID,” said Williams. “They were averaging in the 160s before they became Fellowship Church, and I think our average after that was 260 or so. We grew by 100 in the first few months. We were seeing baptisms. The Lord is doing a great work there.”

On August 24-25, Fellowship Church in Greenwood will host NAMB’s annual Replant Summit. Attendees will be able to learn from church replanting practitioners about the value of and strategy behind replanting a declining church. This year will include a special focus on how churches can help sister churches.

“We are partnering with Lenexa Baptist, who helped replant Fellowship Church,” Clifton said. “Those who attend will hear first-hand accounts of replanters as well as visit a church where this model of replanting was successful.”

Clifton also emphasized that this process is not one to be undertaken solely by large churches.

“This year’s summit focuses on the methods and models that churches can use to adopt and replant dying churches,” Clifton said. “Lenexa Baptist Church is a larger church, but churches of any size are able to engage in the process of helping to replant struggling churches. There will be practitioners from different size churches who have seen this work.”

Contingency plans have been made in case gathering physically becomes an issue because of the COVID-19 pandemic. To register and learn more about the Replant Summit, visit the NAMB website, https://www.namb.net/events/replant-summit_2020/.