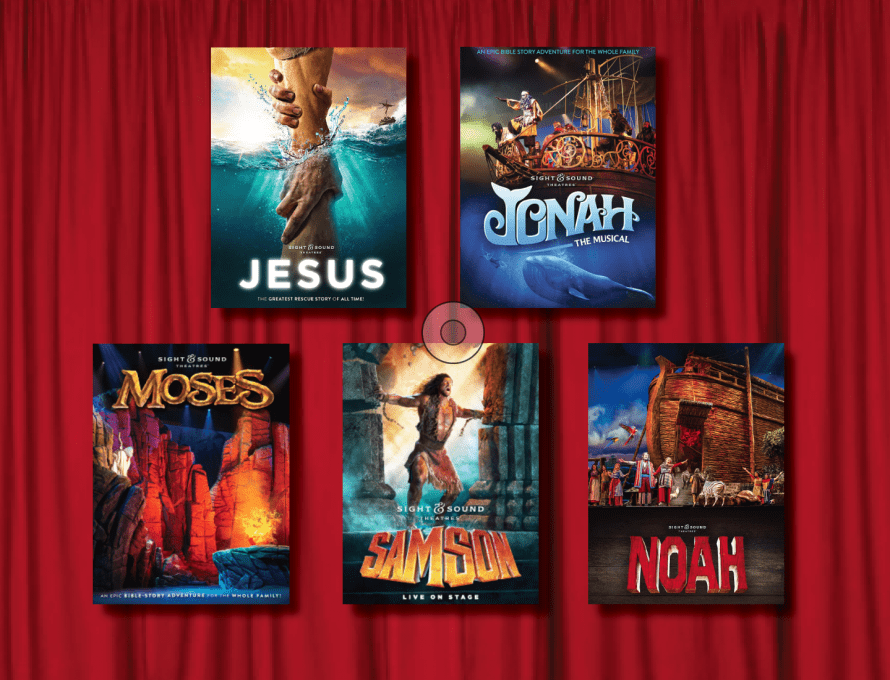 BRANSON – The family getaway to Branson over Memorial Day may have cancelled, but a Sight & Sound show might still be in the works for families looking for an entertaining evening at home. Sight & Sound Theatres has put five of its shows online available for rent ($4.99-$5.99) or purchase ($14.99-$19.99).

Those shows are: JESUS, Jonah, Moses, Samson and the show that would be performed live if the Branson theater were open, Noah. All were filmed during live performances at the Sight & Sound theaters in Branson, or Pennsylvania. In-person performances at both locations are suspended through at least June 15.

From the bustling streets of Jerusalem to the raging Sea of Galilee, JESUS is the musical stage adventure that has been seen by more than one million people.

The Pathway viewed an earlier screening of the show and found it be funny, engaging and extremely faithful to Scripture. It is appropriate and entertaining for all ages, going from Jesus’ calling of His disciples to His death and resurrection.

Audiences young and old will appreciate the creativity and spectacle of one of the Bible most exciting true adventures, while seeing the reality of a sinful man on the run from God. Fortunately, it’s not a spoiler to confirm that the story doesn’t end with Jonah in the belly of the big fish.

Moses is the Sight & Sound show that still has Pathway staffers scratching heads to suss out how an effect is accomplished: Moses’s staff change into a live snake that wriggles off stage. Regardless of the effects and staging, Missouri Baptists will appreciate the story of an unlikely hero called into action by God.

Samson is tailor-made for an epic story-telling stage poduction. The climactic scene where a blinded, captive Samson pushes down the pillars of the Philistine temple is flat out amazing, even when you’ve spent the prior two and half hours anticipating it. Other amazing effects include when Samson burns down fields by tying flaming sticks to foxes’ tails and a few key “slow motion” fight scenes. This show also proves how even Old Testament stories ultimately point toward the need for Christ’s forgiveness.

Sight & Sound always works to include an impressive menagerie of live animals into their show, and Noah is the production where they get to come into their own. Those may not be real lions on the top floor of the ark, but we do see an impressive variety of animal pairs ranging from ducks to camels to parrots to skunks(!) to absolutely stunning long-haired Highland cows marching proudly through the audience up onto the stage, two-by-two. Kids will absolutely love this “loading of the ark” scene.

What’s more impressive still is the way the show’s writers are able to tell a faithful version of those three chapters in Genesis while integrating songs, comic relief, and themes that feel very, very relevant. This is first and foremost a story about a man’s obedience to God, but there are elements of family conflict.