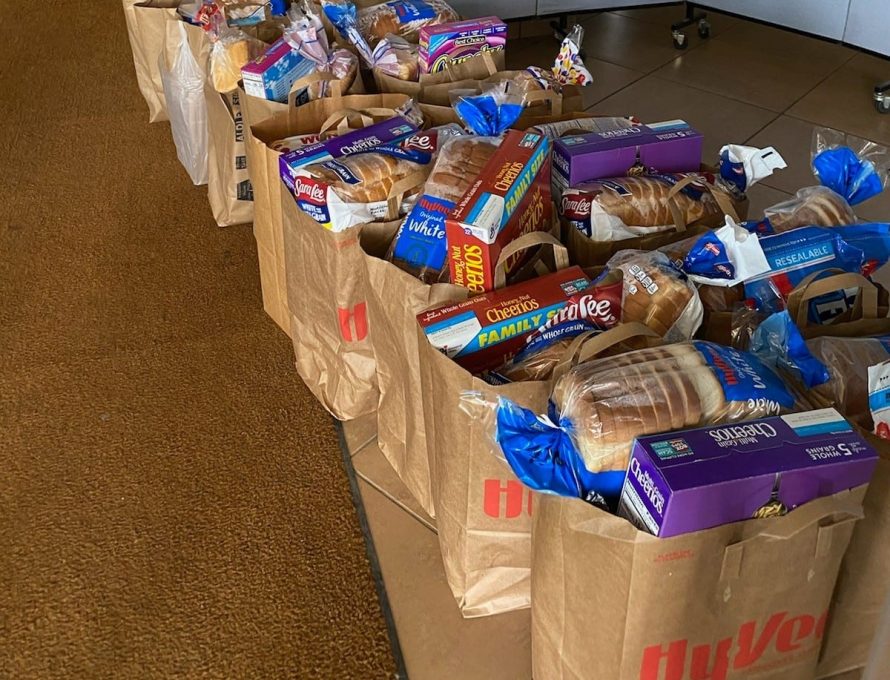 SCOTT CITY – As unemployment jumps and economic uncertainty rises, so does the anxiety of not knowing from where a family’s next meal might come. Countless Missouri Baptist Churches are making sure they take care of their communities during this time of increased need.

In Raytown, Connection Point Church is giving out groceries and toilet paper to 80-100 families a week. First Baptist Church, Crane, partnered with their community to gather food, then they bagged them and distributed them to nearly 300 families in a drive-through giveaway. In Jefferson City, Concord Baptist Church hosted a food drive, helping to fill the depleted shelves of the local food banks. First Baptist, Blue Springs’ IMPACT Ministry – one of nearly 70 hunger ministries in Missouri funded in part through the Missouri Baptist Convention – has seen hundreds line up at their I-70 campus for their drive-through grocery distribution.

‘I couldn’t get her off my mind’

When Jean Percy saw an interview with a waitress on the local news who had lost her job due to the economics of the stay-at-home orders, she recognized the young woman who had served her several times at George’s Steakhouse.

“I was praying,” said Percy, a member of Glenstone Baptist Church, Springfield, just down the street from the restaurant. “I couldn’t get her off of my mind.”

Later that day, Percy found out about benevolence funds made available through the Missouri Baptist Convention to local Baptist associations. The idea was to use $120,000 from Missouri Missions Offering reserves and the MBC’s World Hunger Fund to assist churches in making the most of gospel opportunities during the COVID-19 pandemic.

She contacted a deacon at Glenstone who reached out to Michael Haines, director of missions for Greene County Baptist Association. Soon, the church had $500 of funds earmarked to be a blessing to 30 newly let-go employees at George’s. Glenstone’s Woman’s Mission Union chipped in $100 more.

Buying food in bulk to deliver to the employees didn’t make sense to Percy, so the church chose to give gift cards to Aldi’s just three days after Percy saw the original news story: $30 for each employee to supplement their final paycheck.

“It wasn’t much, but they were so appreciative of the gesture,” Percy said. “God worked out all the hurdles.

About 20 volunteers from First Baptist – all wearing masks and practicing social distancing – set up a drive-through and did nothing but hand out pizzas for several hours straight. Each box had information about the church attached, reminding the recipients the church was ready and willing to help out in any way they could.

“For some, staying at home is an inconvenience, but others are sick and others have lost their jobs,” Sells said. “People were very appreciative of the church’s kind gesture.”

The church also sent pizzas to the local police and fire stations, EMTs and two assisted living facilities nearby.

“We tried to make sure we hit everybody,” he said.

One woman commented on the church’s Facebook page: “This is so sweet. We are praying that all will be blessed by this act of kindness.”