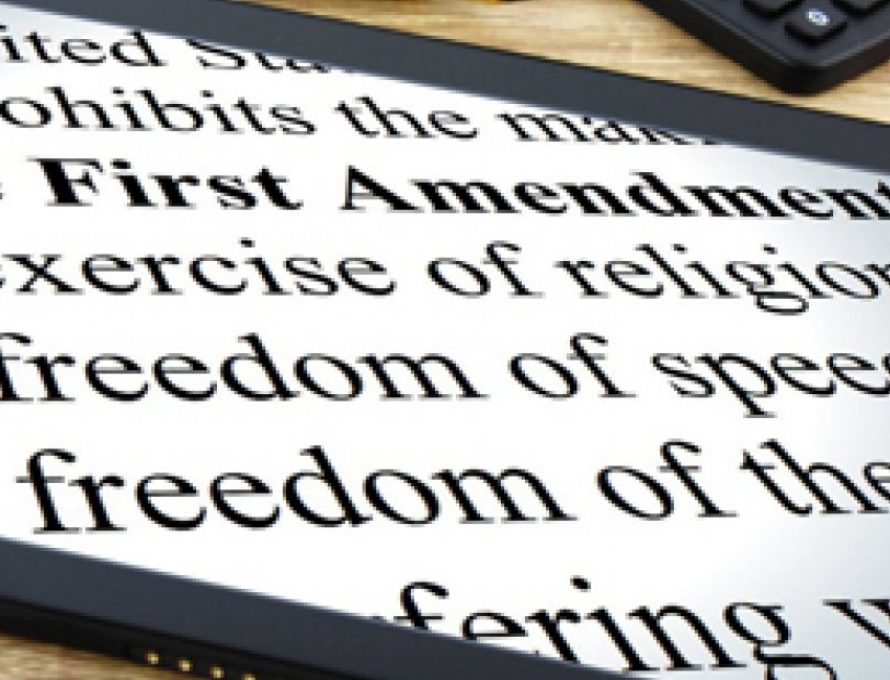 WASHINGTON – Potential threats to religious liberty have come to the forefront across the United States because of the ongoing COVID-19 pandemic.

“Even in the best of times, guarding our First Amendment freedoms can be an uphill battle. And these are not the best of times,” John Stonestreet, president of the Colson Center for Christian Worldview, wrote, April 14. He described the arrest of Christians in Charlotte and Greensboro, N.C., while they prayed outside of abortion clinics. They were arrested “even though they were obeying local distancing orders.”

Then, he noted how U.S. District Judge Justin Walker criticized Mayor Greg Fischer of Louisville, Ky., for barring churches from holding drive-in services on Easter. In his opinion, the judge wrote, “On Holy Thursday, an American mayor criminalized the communal celebration of Easter. That sentence is one that this Court never expected to see outside the pages of a dystopian novel, or perhaps the pages of The Onion.”

Nevertheless, long before the COVID-19 pandemic brought the world to a screeching halt, legal experts have noted growing threats to religious liberty in the United States.

On March 4, prior to the COVID-19 lockdown, I spoke about the state of religious liberty in the United States with attorney Emilie Kao, director of the Richard and Helen DeVos Center for Religion & Civil Society at the Heritage Foundation in Washington D.C.

Ben Hawkins: Please put the religious liberty threats in the U.S. in the context of the global perspective.

Emilie Kao: “I think those four stages of attack are helpful for people to keep in mind as they try to think about the global situation and the situation in the US. Globally, there is an increasing number of attacks on religious believers. They have an annual global survey of religious freedom, and they found that 80% of the world’s population of religious believers are experiencing serious attacks on their religious freedom through this restriction, both by the government and by civil society.”

BH: By comparison, what does the condition of religious liberty look like in the United States?

EK: “Domestically, I think that framework (i.e., regarding the four stages of attack) is still helpful to think about religious freedom in the U.S. and how it has declined over the last 10 years. I think that we have moved pretty rapidly from the first stage of attack of social marginalization to economic discrimination. You particularly see this in the area of sexual orientation and gender identity, where those who are asserting new rights based on sexual orientation/gender identity are attacking the ability to practice religious belief in the public square.

“So not only do you see the sort of social hostility – like the things that we see in the media or  on social media – (but) we also see economic discrimination very widespread: (for example), the attacks on wedding vendors like Jack Phillips, Masterpiece Cakeshop owner, and on wedding florists and photographers.

“It’s not just people in the wedding industry. We documented, I believe, 14 professions where people were attacked because of their beliefs about marriage.

“Of course, we do also see attacks in the third stage of the attack, which is the legal restriction. So we see that in the form of all these laws in the states – the sexual orientation/gender identity laws – which are being weaponized to discriminate against religious believers.

BH: Do these government restrictions also feed into further the social marginalization of religious people?

EK: “Yes, absolutely. … What the Pew Forum has documented worldwide is that there is a symbiotic relationship between the legal restriction, political attacks and the social marginalization. This is a cycle where it can also lead to violence. There have been incidents of vigilante violence in the US.

“When the Family Research Council (FRC) … supported the statement of (Chick-fil-A CEO) Dan Cathy that marriage is between a man and a woman, they were attacked by a vigilante who brought a gun to the FRC and had his backpack filled with Chick-fil-A sandwiches. He planned to assassinate the employees of the FRC and then stuff their mouths with Chick-fil-A sandwiches to make a political statement. He encountered a very brave security guard who ended up disarming him, but not before getting shot himself in the arm. So that’s just one example of violence.”

BH: In recent years, progressives in Congress proposed an Equality Act (which has so far failed), as well as the more recent Do No Harm Act. Please tell me about these. How do these compare as religious liberty threats? Do they have the same implications?

EK: “(They) would gut religious freedom. … The Do No Harm Act is much more narrow, I think, than the Equality Act. The Equality Act would rewrite the Civil Rights Act to add sexual orientation and gender identity to several different articles of it. It would add those two protected classes. Part of the Equality Act also renders the Religious Freedom Restoration Act (RFRA) inapplicable as a defense to any claim that is brought under any revised Civil Rights Act. But the Do No Harm Act actually would revise the Religious Freedom Restoration Act, and it would limit its application.

BH: In 2014, Hobby Lobby took a case to the Supreme Court because, on the grounds of religious faith, it refused to cover abortion-inducing contraception in its employees’ healthcare plans. Because of the RFRA, Hobby Lobby was victorious in court. If the Do No Harm Act had existed in 2014, would Hobby Lobby have been able win in court? Would the Do No Harm Act revise the RFRA protections to such a degree that this type of case would be legally less defensible?

EK: “Yes. I think it would be much more difficult to win those cases if the Do No Harm Act were to pass.”