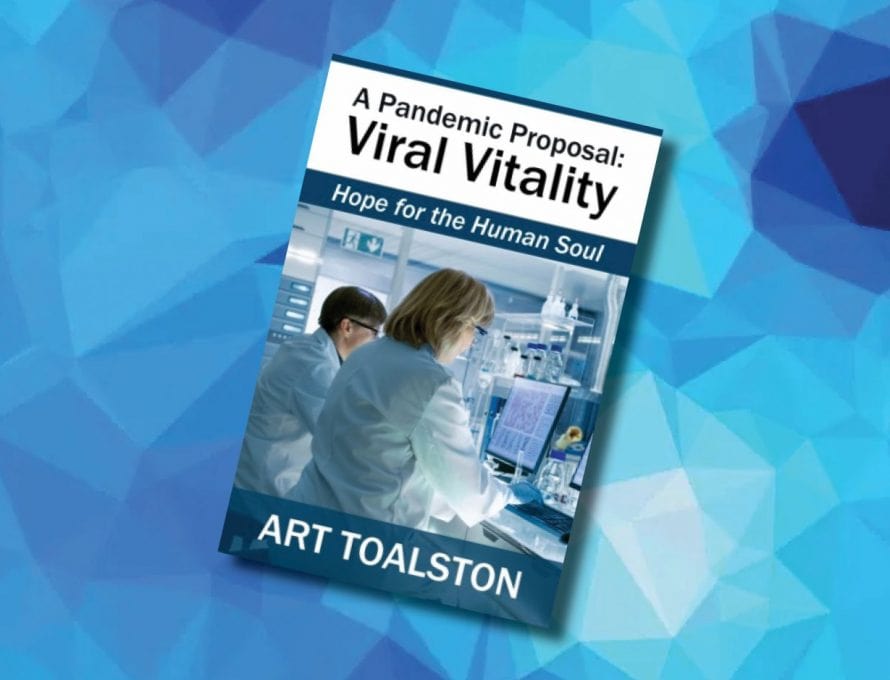 NASHVILLE – Hope amid the COVID-19 crisis is the focus of a new ebook, A Pandemic Proposal: Viral Vitality … Hope for the Human Soul by former Baptist Press editor Art Toalston, with contributions from three Missourians.

Even amid the horrors of a global pandemic, Toalston writes, “a distinct vitality” can be experienced “in our souls, in our circumstances, in our relationships, in the world within our sphere of influence, and in how we each move into the future beyond the sorrows of the present.”

Such an assertion “may seem glib or audacious,” Toalston acknowledges but believes a vitality in Christ “can enhance our daily lives even in a time of social upheaval and widespread grief. A coronavirus pandemic cannot alter God’s creation of the human soul.”

Joshua and Daniel Greening of St. Louis and G. Richard Hastings of Kansas City are among 40-plus contributors who wrote brief reflections for the ebook’s concluding chapter.

The Greenings, age 21 and 18 respectively, host TheWay_TV channel at the Twitch.com gaming platform, anchoring each day’s session in prayer and fielding prayer requests from fellow gamers throughout the program. The brothers, members of the St. Louis-area First Baptist Church in Wentzville, hold the Twitch record for longest hours streamed in one month by only two people.

Hastings is the president and CEO emeritus of the Saint Luke’s Health System who co-chaired the 2004 Billy Graham Crusade in Kansas City. He is a member of Connection Point Church in Raytown and a former trustee of Midwestern Baptist Theological Seminary.

The Greenings focused on the Matthew 14 account of Peter walking on the water in their reflection, writing: “Faith. One word that gives people both hope and courage. Yet, sometimes people struggle, especially when it feels like the very ground beneath their feet is crumbling. But isn’t it times like these when people get to fully rely on God and not themselves? Just look at how Peter in faith got out of the boat when Jesus called to him and he walked on water, recounted in the Gospel of Matthew, chapter 14. God allowed a mere man to do the impossible because of his faith. Jesus then continued to save Peter when he was overcome with doubt and started to sink and asked Peter why he doubted him when he was right there with him. Through this passage in Scripture, God has given us an example of how we can put our faith in him even when we’re faced with what seems to be the impossible.”

Hastings selected Psalm 91, writing: “The empty shelves, forced quarantines, and increasing anxiety give believers every reason to find solace in God’s Word. Psalm 91 provides comfort during this once-in-a-lifetime experience when the psalmist tells us there is a place of refuge and a fortress for those who put their confidence in the Lord. God promises deliverance from ‘the deadly pestilence’ that stalks in darkness (verse 6). As neighbors share their precautions and concerns, it accords believers open opportunities to speak about our hope and security in the Lord. People question, What if this disease isn’t conquered? What if the disease is conquered but the economy fails? Believers answer that our hope is in the Lord now and forever because he holds us in his love. To paraphrase Psalm 91, verse 14, ‘We know his name.’ That comforts us all.”

The 135-page ebook, available online at Amazon and other platforms, is written in what Toalston describes as “short stop-and-go sections for easy reading.”

More than 60 Scripture passages are set forth in the seven chapters of the main text; 45 verses are recommended for further reading, study and meditation; and more than 50 passages are addressed in brief reflections by the Greenings, Hastings and other pastors and laypeople who add a grassroots type of perspective for the eighth and final chapter.

Other contributors to the book include former Southern Baptist Convention presidents Jimmy Draper and Jim Henry and Doug Carver, former chief of chaplains for the U.S. Army and now executive director of chaplaincy for the North American Mission Board.

Toalston, named among the “10 Most Fascinating Southern Baptists of 2019” by the SBC This Week postcast, was editor of Baptist Press from 1992-2015 and senior editor when he retired last fall. The ebook was named on the podcast as a “Resource of the Week” in the April 3 episode.