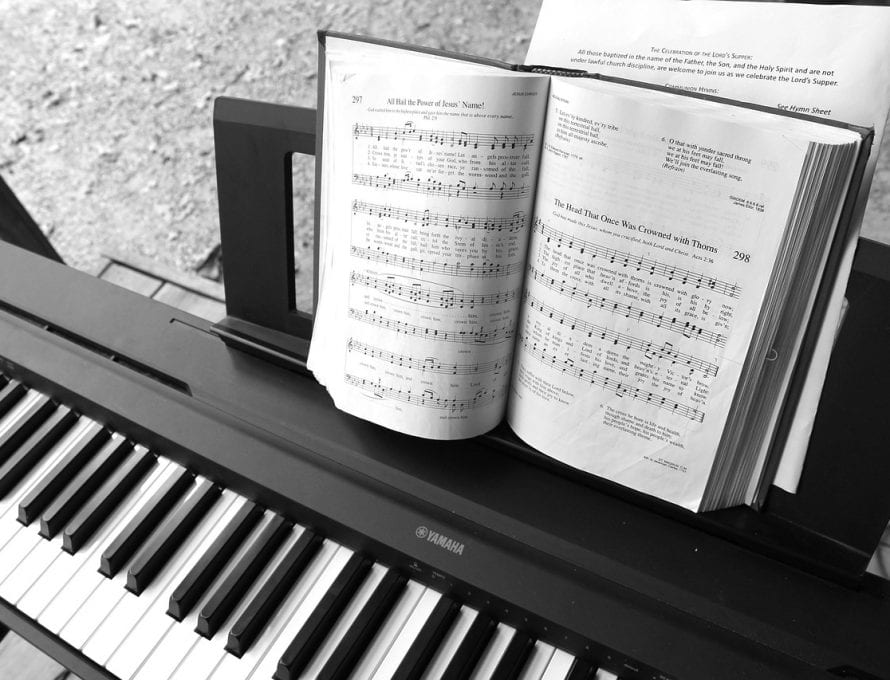 The event opened with the singing of “In the Sweet By and By”, followed by prayer by FBC Pastor David White.

“You are Worthy” was the next selection, as well as “It Is Well With My Soul” and “In the Garden.”

Don Upton announced the devotional speaker, Bill Martin.  Martin is a retired International Mission Board refugee worker to the Middle East, as well as retired Air Force sergeant, and former pastor of Aurora Springs Baptist Church. He recently returned from a two-year appointment working in the Bedouin desert communities, as well as Syrian Refugee Camps. Previously he served in Taipei, Taiwan, along with his late wife, Joye, as well as in China, and Mongolia.

He detailed his arrest in Mongolia and China for carrying a Bible, a frightening incident being mobbed in Ulaanbaatar, praying in Tiananmen Square, assisting in earthquake relief in Taiwan, and the tsunami relief in Thailand.

“Thailand was a staging area for international military, and although missionaries were not allowed in, we were able to minister to the military disaster relief units,” he said. “We are grateful to you for sending us to every new place. In 2015 Joye (his wife) died, and we had promised each other before she passed that if either of us died, the other would go back to the mission field to serve.”

In 2017 Martin did just that, reenlisting with the IMB to go to the Middle East. He turned 73 that year.  Thanks to good medical tests, and a healthy lifestyle, the IMB approved him to return, which is rare.  The average age of missionaries is 25-35.

IMB missionaries are intensively trained in Richmond, Va., in language, culture, and security before being sent.

“It helped, since I had to leave my own kids and grandkids for two years. Over 400,000 Syrians, including women and children, have been killed in recent years. There are Baptists on the ground there right now, getting into areas others can’t. You, the churches, give us a door in with your support and prayers.”

Martin had received an email from his former team that morning that had undergone three days of training, allowing them to open a house group for Bible study, with 6 people converted from Islam to Christianity at the first meeting.  He led the congregation in prayer for his former team in the Middle East, holding up his cell phone to show the email, while the gathering prayed for the missionaries.

Mission teams in the Middle East provide medicine and food to refugees, while presenting the gospel. Martin was allowed to travel throughout the Middle East in his time there, visiting Turkey, Egypt, Istanbul, Israel, and Lebanon.  He learned the language and customs, ate what the locals ate and as they ate it (Usually goat or lamb, shoes off, on the floor, with your hands – it was a challenge to eat on the floor at 73-years-old, he shared.)

Martin held and comforted starving, sick babies, and spent the night with desert Bedouin tribes. He viewed the great pyramids, visited Petra and rode camels and Arabian horses. He walked where Jesus carried the cross down the Via Delarosa in Jerusalem, and visited Gethsemane and Jesus’s tomb. Martin shared, “It’s the greatest adventure you will ever know, if you let the Lord lead you.”

After Martin’s devotion, Don Upton, with his wife Nancy accompanying on the piano, led the congregation in “Amazing Grace” and closed with “What a Day That Will Be.”  Kurt Bush led the dismissal prayer.

Five area churches, as well as other residents, attended the hymn sing.