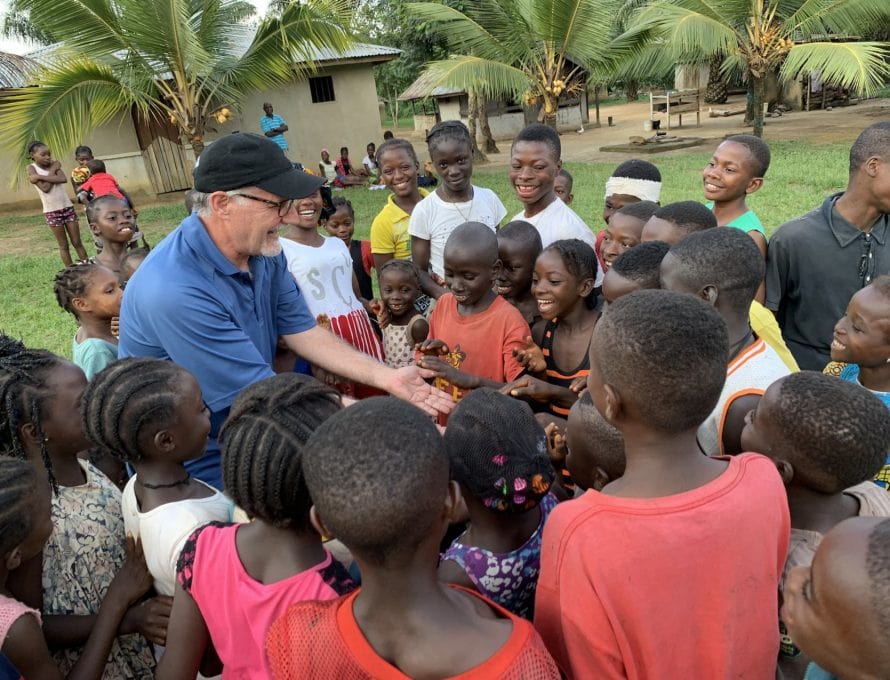 Francis K. Horton III greets a group of children in West Africa while working in a compassion ministry. Horton has been named as vice president of Send Relief’s international ministry efforts. (Submitted photo)

The announcement comes one month after the International Mission Board (IMB) and the North American Mission Board (NAMB) announced Bryant Wright, founding pastor of Johnson Ferry Baptist Church in Marietta, Ga., will lead Southern Baptist’s national and international compassion ministries under the banner of Send Relief.

Since 2016, Horton has served as regional director for West Africa with Samaritan’s Purse, leading the work of offices in three countries. From 2008-2015 Horton was area director for Central and South Asia with Baptist Global Response, a Southern Baptist relief and development agency which has been a primary ministry partner of IMB. In that role, Horton implemented community development, disaster response and refugee projects in 16 countries.

“Francis has extensive fruitful experience in serving on the field for many years,” Wright said. “In 2016, he became the regional director for West Africa with Samaritan’s Purse. When he completes his service there, he will join us at Send Relief on April 15.”

IMB President Paul Chitwood pointed to Horton’s extensive field service and his training as an attorney as assets for the role.

“Francis brings broad experience in compassion ministries — which will greatly benefit Send Relief — to this new endeavor in Southern Baptists’ global work,” Chitwood said. “He is energetic and faith-driven, with exceptional insight in both the ministry aspect and the legal facets of international relief work. Send Relief and Southern Baptists are blessed to have Francis leading out in this role.”

Wright noted that the addition of Horton in the global Send Relief role comes shortly after the announced retirement of Jeff Palmer, the CEO of Baptist Global Response, which has been an important ministry partner of IMB for many years. Southern Baptists are encouraged to embrace the new global aspect of Send Relief for future compassion ministries.

“The whole BGR staff is very thankful for Jeff Palmer, who is retiring as head of BGR,” Wright said. “He has been used by the Lord in being the founding leader of BGR and building a team that is passionate in fulfilling the Great Commission through compassion ministries. Francis is excited about building on that foundation.”

Horton said he believes consolidating Southern Baptist compassion ministries into one organization will unify Southern Baptists in a way that allows those who are hurting to see the tangible love of Christ.

“Combining the compassion ministry efforts of IMB and NAMB to bring relief to those who are … suffering is a great opportunity to see the gospel spread and the Church grow,” Horton said. “The Send Relief umbrella is a great vehicle to better enable Southern Baptists to be involved in compassion ministries around the globe. Southern Baptists want to engage in both proclamation and demonstration of the gospel, and Send Relief provides a more unified and strategic way for us to help them do so.”

Ann Lovell is editorial design creative manager for the IMB.