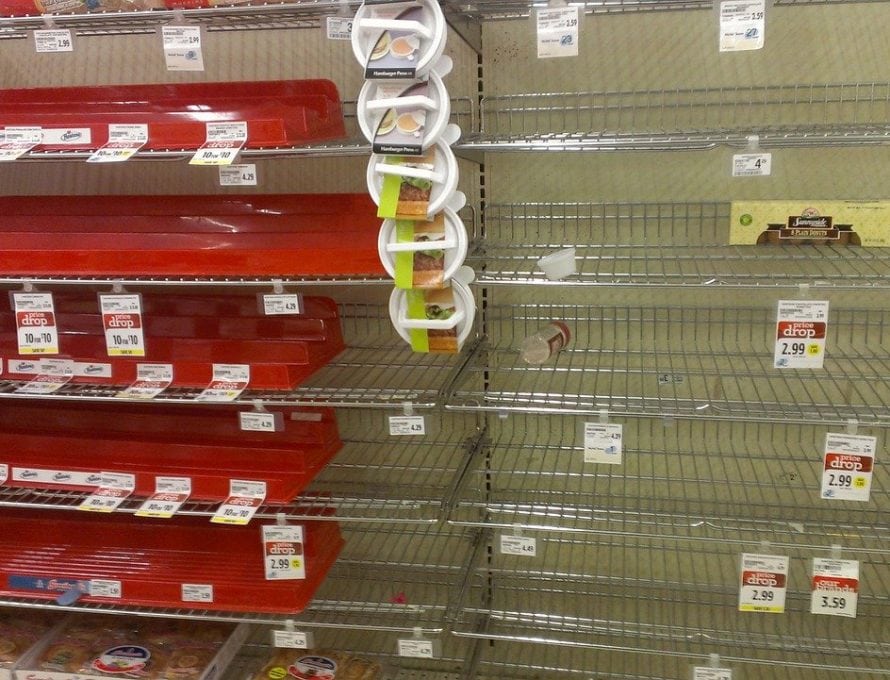 EDITOR’S NOTE: Robin Dale Hadaway has served since 2003 as professor of Missions at Midwestern Baptist Theolo­gical Seminary in Kansas City, Missouri. His book, “A Survey of World Missions,” will be published by B&H Academic on May 1, 2020. He and his wife Kathy served as IMB missionaries for 18 years in Tanzania, Kenya, N. Africa, and South America.

Empty shelves, frantic shoppers, and long lines — For the first time in my life I felt fear. Fear that I could not find food for my family.

It was 1984, and I was a new Southern Baptist missionary in the East African country of Tanzania. At the time, Tanzania was the second poorest country in the world. Chickens brought $20 each, and eggs were sold for $12.00 a dozen. Other staples disappeared from the market.

My wife Kathy and I, our 5 ½ -year-old daughter, Bethany, and our 2 ½ year old son, Seth were staying at the Baptist Guest House in Dar es Salaam, the largest city in the country. While looking at potential places of service, missionaries Jack and Dot Hull accompanied us on a tour around Tanzania. After hours of searching the streets of Dar es Salaam, Jack and I dumped a couple of cans of vegetables on the table and that was our meal.

After several hungry days at the Baptist Guest House, we flew to Mwanza where the missionaries were better prepared to host us. We stayed in the home of Gene and Jane Roach who provided us with food during our visit. After a five-day visit, we returned to our Swahili language school lessons in Kenya before moving permanently to Tanzania eight months later.

Al­though the only game I’d ever shot previously was a squirrel, in Tanzania Don Dolifka, Charles Orange and Gene Roach taught me how to hunt food for the table. Gene, who had worked as a butcher while in seminary, showed me how to field dress Wilde­beest, Topi, and Warthog.

We attempted to plant a garden, but more often than not, the monkeys and mongoose (or is it mongeese?) harvested our crops. Nonetheless, abundant African game, fish from Lake Victoria, and the supplies from our 20’ shipping container enabled our family to survive – even thrive – in the midst of poverty.

Now some of the Tanzania experience during the ‘80’s has come to America in the year 2020. Indeed, the USA is currently experiencing the shortages and disruptions that have been fairly normal in the developing world for generations. Here are some observations about our life in Tanzania.

There is a lot of fear out there. There is fear of the unknown – both due to the eco­nomic downturn and as a result of the coronavirus.

I travelled with a team of 20 MBTS stu­dents to S. Asia, returning this past Monday (March 16). Upon reading of all the shortages in America, I brought back a suitcase full of toilet paper from South Asia.

Although we as be­lievers have con­cerns, we are not without hope. We can share this blessed hope with others, as many are more responsive to the Gospel right now. Let’s take advantage of these op­por­tun­i­ties. We may find ourselves without some of life’s provisions, even necessities, but we have He who supplies all.

In “A Survey of World Missions,” I write, “…globalization has increased the pos­sibility of another great plague sweeping the earth. The earth’s inter­de­pendency could spawn a global economic crisis to rival the Great Depression of the 1930’s.”

During the Depression era, Clare Booth Luce remarked, “Money can’t buy happiness but it can make you awful comfor­ta­ble while you’re being miserable.” We as Christians have a different perspective. Both our happi­ness and comfort come from the Lord.

Please stay connected to your church. Watch their on-line services, although there may be a somewhat of a learning curve. On Sunday I logged in to my church’s (Pleasant Valley Church, Liberty, MO) on-line services which were already in progress. After about ten minutes, I realized I was watching the services of the wrong church – a Pleasant Valley Baptist Church in South Carolina! Well, I enjoyed both services.

Continue to support your local church with your tithes and offerings, the Cooperative Program, the Annie Armstrong Easter Offering, and the Lottie Moon Christmas Offering. And especially, remember our missionaries. They are home — home in their host countries, representing you and I, sharing Christ in the midst of a world-wide crisis. I was with five of these devoted families just last week. They, and their precious children, are not fearful but committed to the task that the IMB and the Lord has assigned them.

I’m writing this article from the campus of Midwestern Baptist Theological Seminary in the middle of a 14-day quarantine since I spent time overseas recently. These are unusual days. Let God bless you during them and help you be a blessing to others. Let us claim the words of the Psalmist in Psalm 91.