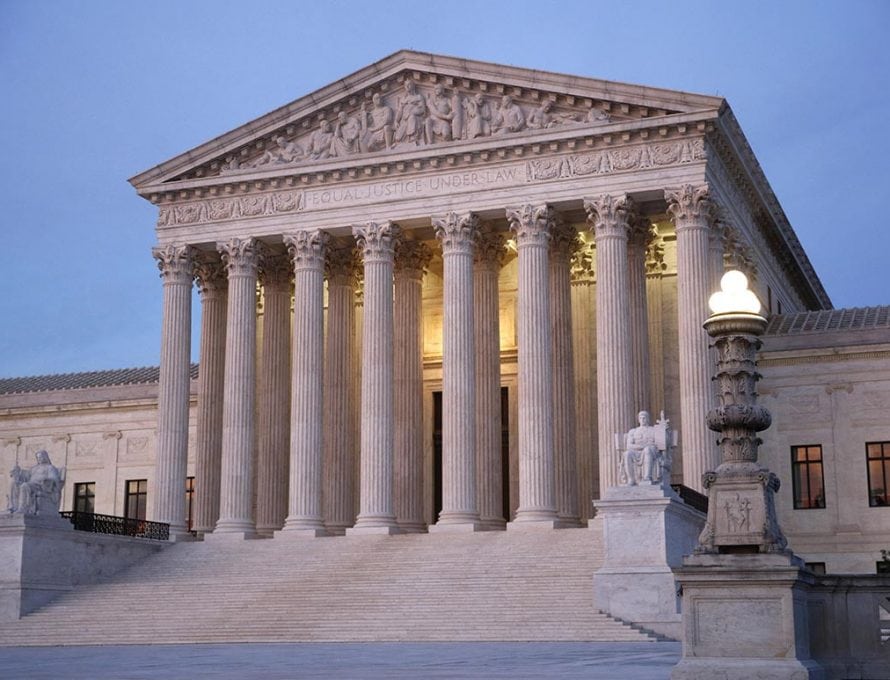 WASHINGTON (BP) – The U.S. Supreme Court has paused part of its work in response to the coronavirus (COVID-19) with decisions in important cases regarding religious liberty, sexuality and abortion still to be announced.

The high court announced March 16 it has postponed oral arguments scheduled for March 23-25 and March 30-April 1 to abide by recommendations offered in response to the continuing spread of the coronavirus. The court said it would study the alternatives for rescheduling arguments based on developments with the virus.

The Supreme Court building has been closed since March 12 to protect the health and safety of employees and the public.

Oral arguments that will produce an important church-state ruling are among those to be delayed. The consolidated cases of Our Lady of Guadalupe School v. Morrissey-Berru and St. James School v. Biel find the high court considering again the freedom of churches and other religious organizations to make employment decisions without government interference.

Another significant religious freedom case is still to be argued before the justices this term. The high court is scheduled to hear oral arguments April 29 in a case involving the abortion/contraception mandate in a 2011 rule instituted under President Obama. The regulation required employers to provide their workers with coverage for contraceptives, including those with mechanisms that can potentially induce abortions. Violators could face potentially devastating fines. The case is Little Sisters of the Poor v. Pennsylvania.

Other cases that have already been argued before the high court this term include:

The justices have an opportunity in the cases to clarify a contentious sphere of law that sometimes affects the conscience rights of business owners, especially Christians, in conflict with the claims of their employees.

• Espinoza v. Montana Department of Revenue, which involves a state tax credit scholarship program that includes Christian and other religious schools. The ERLC joined in a friend-of-the-court brief arguing the Montana Supreme Court’s invalidation of the program is discrimination that “violates the fundamental principles of the [First Amendment’s religion clauses protecting free exercise and prohibiting government establishment]: Government neutrality and private choice in matters of religion.”

• June Medical Services v. Russo, which will decide whether the state of Louisiana can seek to protect the lives and health of women by requiring doctors to have admitting privileges at a hospital within 30 miles of the clinic where they perform abortions. The ERLC filed a friend-of-the-court brief in support of the state, saying the “undue burden” test used by the high court in the past is the incorrect standard for laws that regulate abortion doctors.

Opinions in the cases are expected from the high court before its term concludes this summer.

The justices were to hold their regularly scheduled conference Friday (March 20), though some justices may take part by telephone, the court’s public information office said. The high court will issue its next list of orders March 23.

It is not the first time the Supreme Court has delayed oral arguments, according to its public information office. The court also postponed scheduled arguments in October 1918 as a result of a flu epidemic. It reduced its argument calendars in August 1793 and August 1798 because of yellow fever outbreaks.