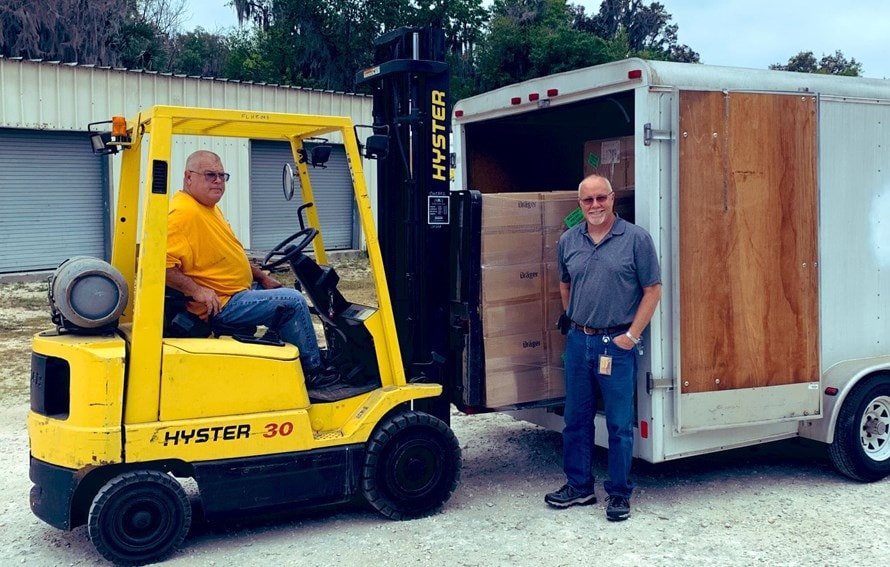 ALPHARETTA, Ga. (BP) – As COVID-19 cases continue to increase in the United States, many medical facilities have faced shortages of masks and other protective gear. In response, Southern Baptists have donated more than 228,000 sets of protective equipment to hospitals and healthcare workers in different states.

On Thursday (March 26), the U.S. surpassed China as the nation with the most confirmed cases of the virus.

Southern Baptist donations include more than 172,000 N95 masks and more than 56,000 sets of personal protective equipment (PPEs) given to help protect medical workers serving on the front lines of the coronavirus crisis.

Send Relief donated 30,100 masks and 45,520 PPEs to hospitals. Southern Baptist Disaster Relief (SBDR) teams from across the nation are donating about 142,000 masks and 11,100 suits to local hospitals and medical facilities.

“Medical personnel need the masks greatly right now,” said Richard Brunson, who leads North Carolina Baptists On Mission. “Besides, they didn’t belong to us anyway, they belonged to God! God just let us hold on to them for a little while until He could use them to bless others.”

Baptists On Mission, of which the state’s SBDR team is a part, donated 30,000 masks to various hospitals in their state. The masks are typically used in disaster responses, such as in flood recovery when harmful mold can build up in submerged homes, and in rebuilds.

“Southern Baptists have been so generous in donating during this time,” said Bryant Wright, president of Send Relief. “Really, it’s not that we’re unusual as a people. It’s just that we are extremely grateful that Jesus Christ gave His life for us, and we want to be giving to our fellow man in a time of need.”

The Centers for Disease Control and Prevention (CDC) has recommended SBDR, as one of the nation’s largest providers of disaster relief, to several different state emergency management agencies as an organization that can provide wrap-around services, such as food preparation and delivery and spiritual and emotional care.

As Southern Baptists respond to the current crisis, they are doing so on a more localized, community-based level for the time being.

Tennessee and Arkansas disaster relief teams have been supporting food delivery and distribution in several cities in their states.

Colorado SBDR has set up a feeding unit in Centennial, Colo., south of Denver, serving vulnerable populations in the community. Louisiana Baptists are also providing meals in Lake Charles, La., with support from the Southern Baptists of Texas Convention (SBTC).

Some SBDR teams, including California Baptists and the SBTC, have set up support hot lines, staffed by trained chaplains, to provide spiritual and emotional support.

Other states have deployed shower units.

“Like everybody else, this disaster does not fit our typical response mechanisms,” said Gaylon Moss, SBDR director for Missouri Baptists. “We’ve been trying to distribute a lot of information to our churches and associations about ways they can serve.”

South Carolina Baptists have two shower units available for the homeless in Florence, S.C., and one unit for first responders in Hilton Head, S.C. Minnesota-Wisconsin Baptist Disaster Relief has activated a shower unit in Rochester, Minn., to support overflow at a facility for the homeless.

Send Relief, through its various ministry centers across the U.S., has been providing meals for vulnerable populations in Pittsburgh, New York City, New Orleans and across the island of Puerto Rico.

In the next two weeks, Send Relief will be packing care bags at the North American Mission Board building in Alpharetta, Ga., the ministry center in Ashland, Ky., as well as in Denver, Colo., to give away to medical workers as an encouragement during this difficult time.

“Send Relief is seeking to respond to needs wherever they are,” said Wright. “Jesus is so strong about us loving our neighbor, especially our neighbor in need. This is certainly one of those times throughout all the world.”