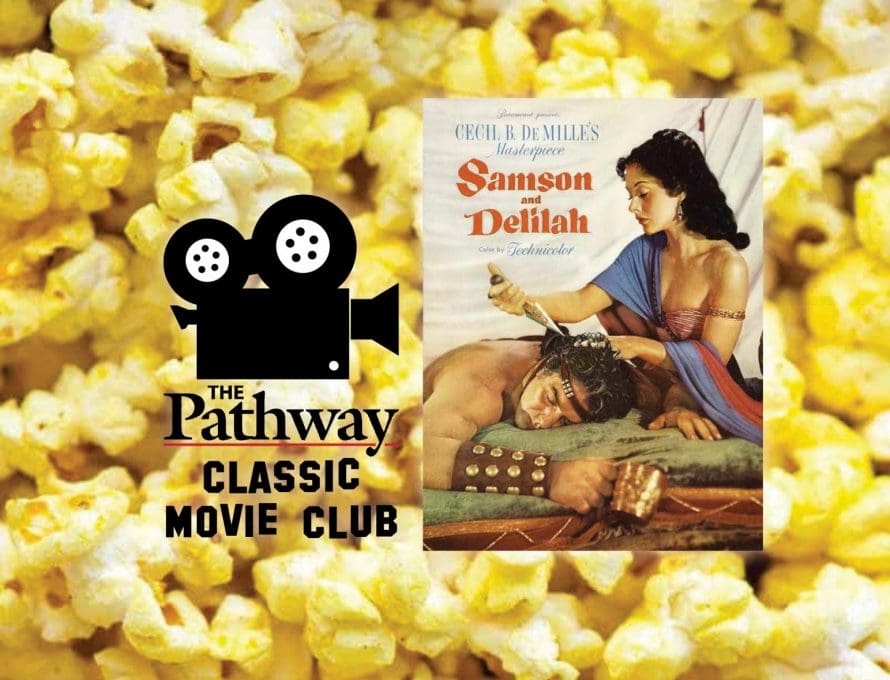 After two mediocre-at-best movies, I’m thilled we get to discuss an actually good flick: 1949’s “Samson and Delilah.” One glance at the director/producer credit will tell you why: Cecil B. DeMille. DeMille was one of the great Hollywood powerhouses, responsible for other biblical epics such as “The Sign of the Cross” and, of course, “The Ten Commandments.”

DeMille brought professionalism to the film. He assembled a crack cast, including Victor Mature (Samson), Hedy LaMarr (Delilah), Angela Lansbury and George Sanders. Scenes like Samson’s killing of a lion use good old fashioned Hollywood trickery instead of computer graphics, and the result is immensely satisfying. Even the music stands out, with a stellar four-minute overture.

Biographers describe DeMille as an Episcopalian who read the Bible every day. Though my research seems to indicate he probably didn’t have a personal relationship with Jesus, he clearly respected Scripture. This comes across in the opening credits: “… based on the history of Samson and Delilah in the Holy Bible, Judges 13-16.” Note that the subtitle clearly labels it “history” and not merely a “story.”

It’s fascinating to see how this movie probably influenced your reading of Judges 13-16 whether you’ve seen the movie or not. Scripture gives us zero backstory for Delilah. We know that Samson has a history of poor relationship decisions, and we merely learn in Chapter 16 that “he fell in love with a woman named Delilah.” A verse later, the Philistines pay her to seduce Samson to learn the secret of his strength. In order to make a 134-minute movie out of that, DeMille had to expand the story beyond what we know from the Bible.

In the movie, Delilah is the sister of Samson’s first wife. She is obsessed with Samson though he is indifferent. She resolves to bring him low not just because the Philistines offer her riches, but because he once snubbed her. Later, after he is captured and blinded, she is there when his strength returns and he destroys the pagan temple.

Most of these changes work thematically and don’t detract from the truth of the biblical narrative. Samson’s Story is a marvelous illustration of how even those chosen by God can willingly walk into sin (sometimes over and over). Instead of fleeing, we slowly cozy up to its charms, knowing full well the likely outcome. DeMille even works in an evangelistic sermon from Samson’s lips right before Delilah cuts his hair: “My God is here right now. You need only to ask for him.”

Absolutely. When you watch, wait for the Philistine leader “Saran” and see if you can guess which classic cartoon tiger he voiced. It’ll make your day when it clicks.

It won’t surprise you that Delilah is presented as a femme fatale, but she does not wear anything overly revealing. I recommend the movie for any and all ages.

Easter is fast approaching, and that means we have to discuss 1956’s “Ten Commandments.” Catch it on TV and we’ll compare notes in the April 14 Pathway!