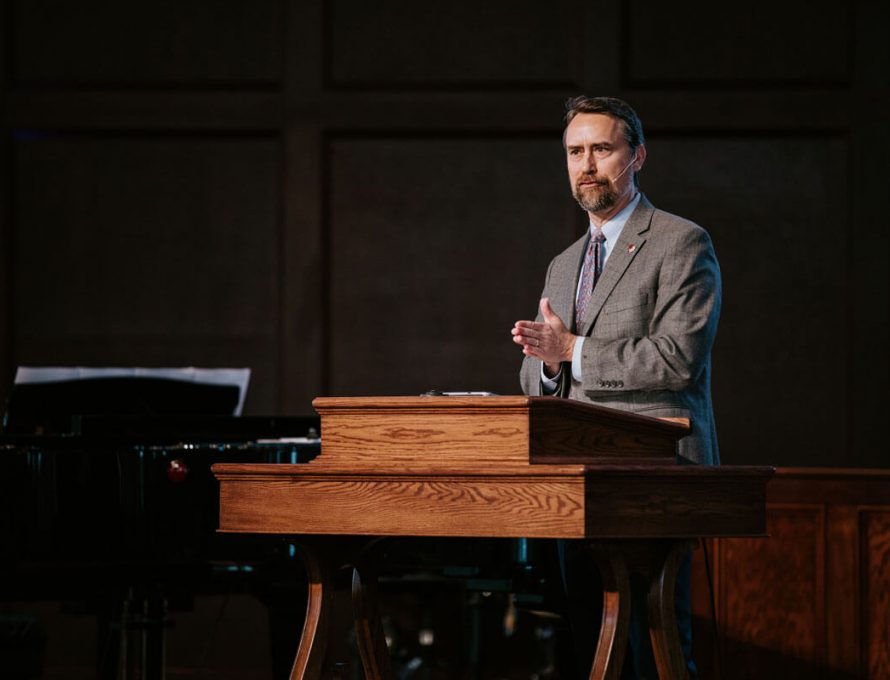 Kruger, who serves as president and the Samuel C. Patterson professor of New Testament and early Christianity at Reformed Theological Seminary’s Charlotte campus, focused his two-lecture series on the questions: “Were the church fathers inspired in the same way as Scripture?” and “How did early Christian identify inspired books?”

Kruger responded to a number of scholars who claim that the early fathers saw nothing distinctive about the New Testament writings as compared to writings being produced in their own time period.

Fourth, early Christian sources viewed the apostles as speaking with a distinctive divine authority on par with the OT prophets. Thus, there is a higher form of inspiration that superseded the church fathers. And fifth, a number of patristic writers expressly differentiated levels of inspiration.

In his second lecture, Kruger explored ways to determine whether early church fathers possessed a distinctive way to identify biblical books as inspired, and is it still possible to do so today?

“It’s not so much that books claim to be divine, although some do,” Kruger said, “But they evidence themselves to be divine by their internal qualities.”

The  church fathers, Kruger said, “were always quickly able to point out if a book was not from God by simply pointing out how it made errors, how it had mistakes, and how it contradicted prior revelation. This is how the church fathers beat back the apocryphal gospels, as they would often show this was the case. So, this is a fascinating aspect here, that what you have is now a third quality that shows indeed this unity and harmony is a marker of God’s own divine authorship.”

Kruger added that, to understand Scripture as inspired, one must rely on the help of the Holy Spirit.

“In other words, to put it differently, when people don’t recognize the Bible as the Word of God, the problem isn’t the Bible. The problem is their ability to perceive…. It’s almost like the non-Christian is spiritually tone deaf.”

Kruger concluded by emphasizing that the best way for one to acknowledge the self-authenticating nature of inspired biblical text, and to come into a belief of its precepts, is “simply by reading it and hearing it.”