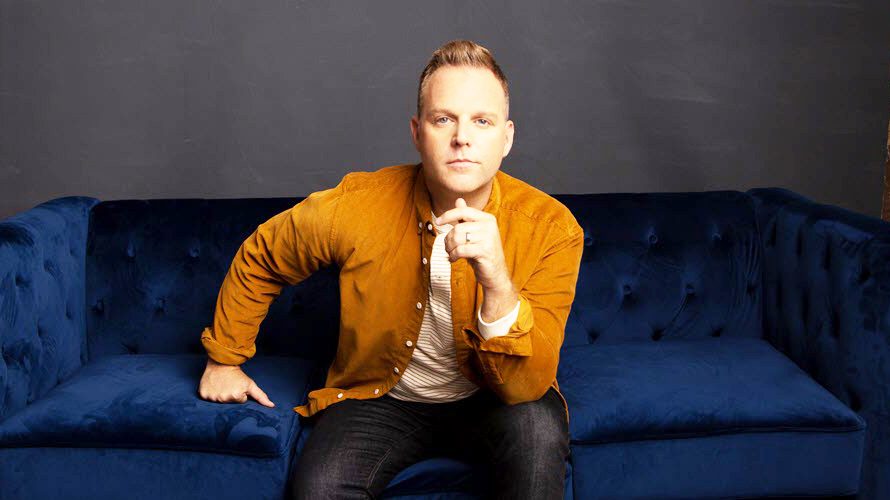 Released Feb. 14, this is the first project West has released under a recently-signed deal with Provident Label group and Sony Music.

Brand New represents a refocus and a rekindled vision in his music, career and life, West told Baptist Press.

He describes the album as one that lets the promises of God become brand new again.

The idea of newness of life being the umbrella theme for the album came as West would tell his testimony in previous concerts.

Sharing the story of how, while sitting on his family’s blue couch as a 13-year-old flipping through channels to find a baseball game to watch, he accidentally stumbled across a Billy Graham crusade, West remembered the moment he realized he wanted to live for Jesus.

The boldness and clarity of that moment is what West calls his “brand-new” moment.

West said he hopes to encourage listeners to get back to the moment where they found new life in Christ and if they have yet to find that life, to be brought to place where they call out to the Lord for hope.

The encouragement to remember those moments started with his own need, he said.

“I came into the studio and I just found myself writing these songs that were based out of this desire for myself to go back to that blue couch,” West told BP.

The 15-track album walks listeners through stories of pain yet offers hope.

“You pick up a lot of baggage along the way in your life,” West said. “There’s times when I’ve felt a long way away from that 13-year-old kid calling out to Jesus on a blue couch, and so in a way this album is about me returning and being reminded that God still sees me as that kid who first called on Him and He’s never loved me less.”

In addition to these calls to remember what God has done, stylistically West hoped to move into new places with the songs.

“I don’t ever want to write the same song twice,” West said. “I put a pressure on myself to always go to new places. I love albums that are eclectic. I love it when a whole album covers different extremes stylistically.”

West attributed much of the new ground covered in the album to his work with other writers and artists whose creative processes were different.

“This was a season of collaboration and community,” West said.

Pruis was a part of either writing or producing each song on the album.

The songs’ lyrics can stand strong in a full band setting, but still speak deeply in stripped-down environments.

West said he challenges himself as an artist to create melodies and lyrics that can stand alone.

“I want to write the kind of song that doesn’t have to hide behind anything because the lyrics speak on their own and there’s a power to it, whether you’ve got a 100-piece orchestra and choir or its just you at a piano,” West said.

Working under a new label meant working with new teams, in new environments and in new spaces, West noted.

Recording in his newly built home studio, West said the album felt like a different artistic experience because he got to do it all alongside his family.

“Sometimes those changes in environment, just like they change our moods, can also change the creative process for a songwriter,” West said. “I had these really special moments where I’m writing songs and I’m hanging with my family and I’m in this new studio, just a lot of new experiences going on. I can hear the new life and excitement in these songs on this record.”

Following the release West will immediately begin touring with artist Casting Crowns during the spring months and will headline the “Brand New” tour in the fall of 2020.