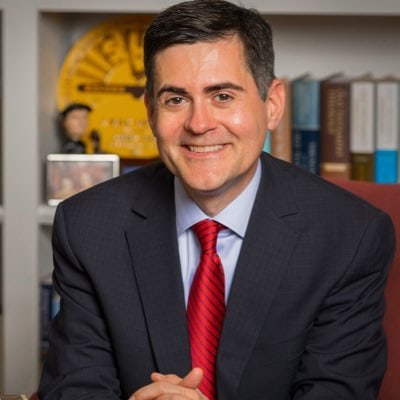 NASHVILLE (BP) – The Southern Baptist Convention Executive Committee voted Feb. 18 to create a study task force to “review the past and present activities” of the Ethics & Religious Liberty Commission (ERLC).

The ERLC is tasked with helping churches understand the moral demands of the Gospel and public policy as well as promoting religious liberty on behalf of Southern Baptists. The Executive Committee action comes in response to “ongoing concerns” cited by EC members, state leaders and other Southern Baptists that the ERLC is not adequately fulfilling its Convention-approved ministry assignments.

The motion specifically noted that concerns “have been expressed both publicly and privately to various members of the Executive Committee and other Southern Baptists regarding how the Ethics & Religious Liberty Commission’s actions in relation to its ministry statements are affecting the Convention and its relationships with local churches, local associations, and state conventions.”

“We are looking for the facts,” said Executive Committee chairman Mike Stone, who will chair the task force. “We are hearing from state leadership and other pastors across the country. We are making a statement about effectiveness.”

This action creates “a formal process by which we can receive information and determine the level that this issue is affecting the Cooperative Program,” said Stone. “I’m fully aware that we may find, as we did in 2017, that what we are hearing is not as significant in fact as it is in perception. What we want to find is where the facts lead us.”

“The ERLC could not do what it does without the sacrificial giving of churches. We hear from our churches every single day with questions about some of the most complicated issues imaginable. In every case, we work to serve our churches with gospel-focused answers.

“Occasionally, we receive questions from Southern Baptists about the work we do. Thankfully those questions are easier to answer. That’s because, every day the men and women serving at the ERLC stand for the unborn, advocate for religious liberty, work to address the crisis of sexual abuse, and labor to equip men and women to answer ever-changing questions in light of the everlasting promises of our Lord.”

Stone unequivocally refuted a question as to whether this was an attempt to remove ERLC president Russell Moore from his position.

“This is not an attempt to remove Dr. Moore,” Stone said. “It wasn’t in 2017, and it certainly is not now. What we want to do is look at the facts. Dr. Moore’s presidency was and is a matter for the [ERLC] board of trustees.”

“The ERLC is governed by their board of trustees,” Stone continued. “This is not a governance issue. This is a budget issue related to their fulfillment of their mission and ministry assignment. We continue to hear reports that are largely anecdotal but increasing in number where churches are either decreasing or withholding Cooperative Program funds related to concerns with the ERLC. We have a responsibility that we are granted under the bylaws of the SBC to look at this.”

As Stone noted, the task force created Tuesday is similar to the one formed in 2017 by the SBC Executive Committee to monitor the activities of Southern Baptist entities in relation to how their activities might adversely affect the Cooperative Program and churches.

Stone will appoint six other EC members to join him in serving on the 2020 study task force.

The Executive Committee for the ERLC’s Board of Trustees challenged the SBC EC’s action, writing in a Feb. 20th open letter of their “strong opposition” to the proposed study task force.

They also wrote that they have instructed Moore and other ERLC staff “not to comply with” the task force “until messengers have an opportunity to signal their belief that such a task force is appropriate and legitimate.”

The full letter can be accessed on www.erlc.com.