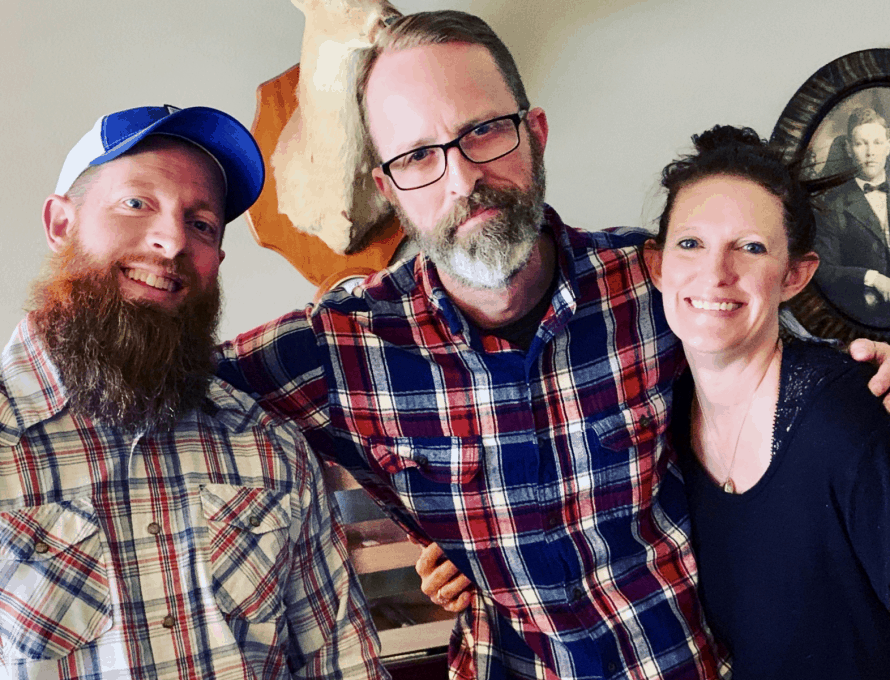 HANNIBAL – Home, the maxim goes, is where the heart is. Sometimes the heart claims multiple homes.

“My parents Charles and Joyce Turner still live here and are members of Calvary Baptist Church. My adoption was always part of my childhood. My parents talked of it in positive terms. My birthday is May 12 and June 9 was the day they got me from the Missouri Baptist Children’s Home. I’ve had two birthday celebrations.

“The Children’s Home said it might be 6-8 months, maybe a year to complete the paperwork. When they were called, I was less than a month old. They were not prepared. I slept in a dresser drawer,” Turner said.

He left Hannibal after high school, returning 25 years later. Yet, he longed to know of his birth mother and any siblings.

“I needed to fill the gaps of my identity. At a doctor’s appointment, there was a question of my family history. I didn’t know,” Turner said.

Missouri adoption records were closed until 2018 when original birth certificates for adoptees were available.

“In February, 2018, I sent my request and my $15. It was October before I heard anything. I had already approached this, ‘if the Lord wills…’”

The new birth certificate, showed the surname as ‘Post,’ not ‘Pope,’ he had on an early redacted copy. The mother was Cheryl Ann.

“I Googled ‘Cheryl Ann Post.’ I only found ‘Cheryl Ann Shaffer,’ in an obituary, with a Springfield, Mo., address. She died in March, 2018. My wife Stephanie found a matching Chris Shaffer on Facebook. Then we dialogued, ‘What do we do now?’ (Learning this) So soon after her (Cheryl’s) death could rock the siblings world if they didn’t know.

“We were prayerful and tried not to rush things,” Turner said.

Turner carefully worded a Facebook message, something like: ‘I think we have an important family connection with your mother. I’m sorry she passed.’ Shaffer responded 15 minutes later promising a next-day call.

“Chris said, ‘I have a feeling I know what you want to talk about.’ I asked his mother’s maiden name, and confirmed the address. I said, ‘I think I’m your brother.’ He said, ‘I know you are,’” Turner recalled, with tears.

“We’ve been looking for you for 30 years,” Shaffer told him.

Meanwhile, sister Beth Cvetkovic was in Florida medical school. Before Turner contacted Shaffer, she accepted a residency position at Blessing Hospital in Quincy, Ill., a half-hour across the Mississippi River from Turner, after considering ones in Colorado and Arkansas.

“At age 10 or 11, Beth went through some of her mom’s papers and found a lawyer’s letter saying the adopted one was doing well. Beth thought she was adopted. Cheryl then told Chris and Beth about the other brother.

“She (Cheryl) wanted to find me, and pulled back. That’s what I had been doing. They didn’t want to cause pain. I didn’t either.”

“I started getting friend requests from cousins. One was from Allie, who was in a Mexican restaurant with her husband. Beth called Allie: ‘We found him.’ Allie dropped her taco on the floor and began crying. They all knew about me.”

Turner, Stephanie, and their children spent Christmas, 2018, in Springfield with Chris, Beth, their father/Eric’s stepfather Bob Shaffer, and families. They have since gathered for family events and stayed with Bob several times.

They compared Turner to Cheryl as if a child: “Your hands are like hers. You have the same sense of humor. You sound like her.”

At a birthday gathering, Stephanie laughed. Her husband and Beth simultaneously rubbed an ear, something both had done for years unaware another sibling did this.

“It’s all God’s plan. I do not know why He didn’t allow me to see my birth mom in person. I’m a reminder of Cheryl. That’s good. There’s no doubt from the pictures, the mannerisms. We’re related.

“Stephanie and I will say ‘Can you believe it? This actually happened.’ I grew up as an only child and now I have a brother and sister. The Lord has seen fit in his grace and mercy to open the relationship. It was a desire of my heart to know, but I accepted it if the Lord had not allowed me to meet them. It’s such a blessing, even for my adoptive parents.

“I have the highest opinion possible of the Missouri Baptist Children’s Home. I’ve toured there, shared my testimony there, spoken in their chapel. They don’t do baby adoptions anymore (as an orphanage), but if it wasn’t for the Children’s Home, who knows where I would have ended up?

“My siblings and I are all in our 40s. We’ve had time to process this and mature, but we are goofy together. We’re writing a new chapter, a new story. We do life together in a new way,” he said.

His testimony is a class/sermon illustration of being adopted into God’s family.

He is grateful for acceptance and joy from meeting siblings.