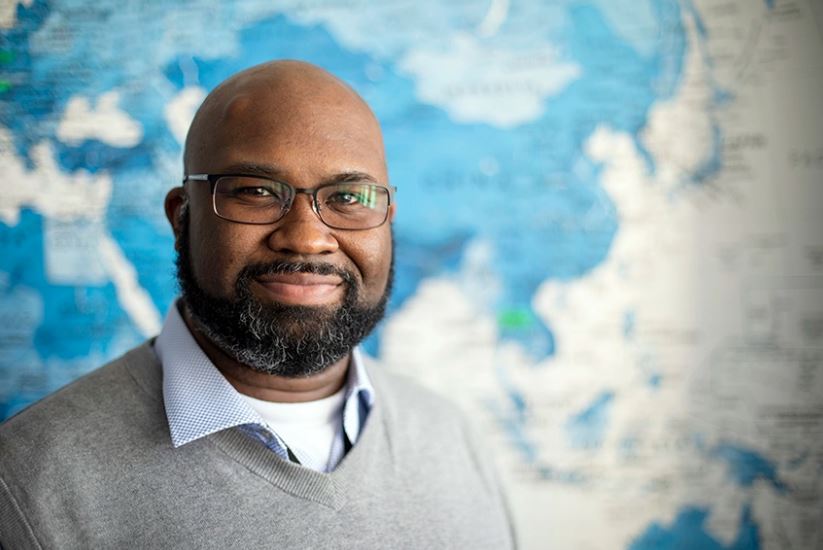 “The IMB is excited to have Jason join our team as we work to deepen our relationships with African American churches across the convention,” said Chris Derry, director of IMB’s partner relations team. “His experience with church planting and growing historically black college and university ministries will aid him in guiding us to better listen to, equip and inspire more Southern Baptists from our African American churches to partner with our 3,660 field missionaries to take the Gospel to the nations.”

“We are truly excited about Jason joining the IMB team in Richmond, Virginia,” Ausberry said. “We look forward to working with Jason to further expand foreign missions engagement with the IMB. I am thankful for the leadership of Dr. Chitwood for implementing this strategy to foster deeper and stronger relationships with all SBC churches.

“We join Dr. Chitwood in striving for all SBC churches to be fully engaged in foreign missions through participation and financial support,” Ausberry continued. “Truly, we believe that the addition of Jason as a church mobilizer focusing on the African American church will help foster stronger relationships within the IMB in reaching the world for Christ. We pray that God will use Jason in a mighty way at the IMB.”

Dennis Mitchell, executive director of NAAF, also affirmed Thomas’ new role. “While the engagement of African American churches in global missions has historically been under-reported, Jason’s appointment will not only help document the global work of African American churches, but will also help NAAF affiliated churches to more effectively partner with IMB’s global initiatives and strategies in an effort to reach the lost of every nation.”

Thomas, who most recently served as director of Baptist campus ministries at Southern University and A&M College in Baton Rouge, La., looks forward to creating stronger partnerships between IMB and African American churches within the SBC.

“It is vitally important that all members of the body of Christ understand the urgency of joining the task that Christ has laid before us. We are called to preach ‘this message of the kingdom to the whole world as a testimony to the nations, and then the end will come,'” Thomas said, quoting Matthew 24:14. “The enemy would have us believe we cannot accomplish this work together with our numerous ethnic differences, yet Scripture testifies that all nations and people will worship around the throne. Why not practice this promised future in our uncertain present?”

Thomas holds a Master of Divinity degree in church planting from New Orleans Baptist Theological Seminary and a Bachelor of Arts in communication from Southeastern Louisiana University. He has 10 years of campus ministry and pastoral experience. Thomas and his wife Gaynel live in Henrico, Va.