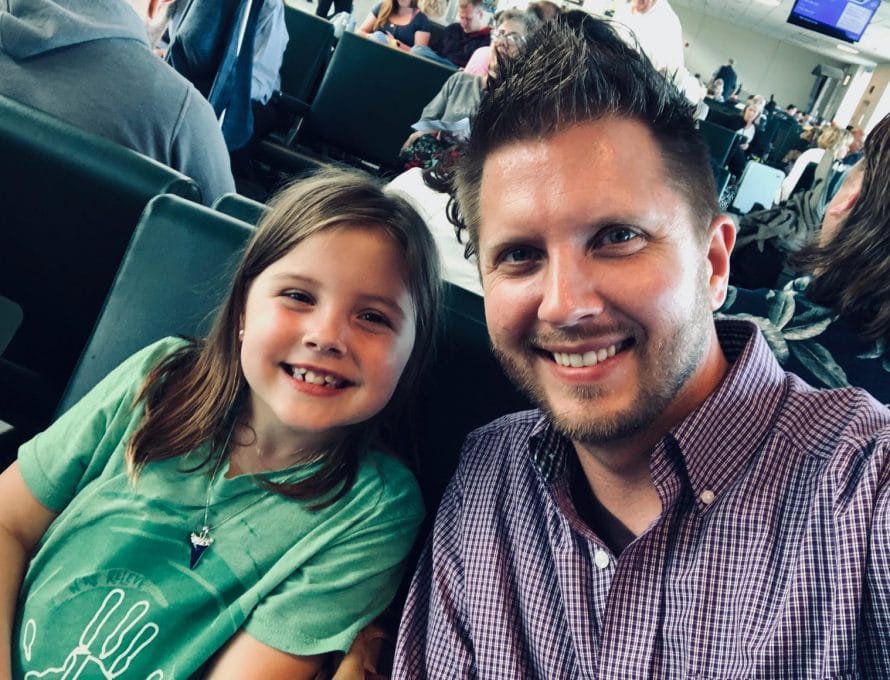 COLUMBIA – When a daddy accompanies his daughter to a tea party or escorts her to a dance, she remembers. But for Olivia Stockeland, she will forever remember the time her daddy swept her off her feet and took her on a mission trip.

Luke Stockeland, Olivia’s dad and pastor of Open Door Church in Columbia is a father of four. He has been active in mission work since he was a teenager, when he and his family developed a heart for Haiti. His father and brother currently serve there as missionaries.
Stockeland and his wife Anne are committed to passing on a passion for the gospel to their own kids. This has led them to create a rite of passage in their family. When one of the children turns eight years old, they get to go on a mission trip with their dad.

“Taking kids on mission is a great way to broaden their horizons,” Stockeland said. “Instead of just telling our kids to serve Jesus, it allows us to do it with them.”

The oldest two children, Jarren (13) and Jolee (11), each travelled with their dad to Haiti, where they did evangelistic and humanitarian work. Since she was five years old, Olivia watched and waited for her time to come.

Olivia got her chance when, after turning eight, she and her dad travelled to Florida to serve with a mission support agency which helps deliver mail and cargo to missionaries serving in Caribbean countries. During the trip, Olivia got to help sort mail, pack boxes, load planes, learn about missionaries, and serve Jesus alongside her daddy.

“Not only did we get to help do some things to support missions across the Caribbean, but two of the mail slots were for my brother and Dad in Haiti,” Stockeland said. “She got to put in letters that she could see were going to them.”

“I thought it was super cool,” Olivia said. “It felt really cool to help.”

Stockeland has led several such short-term mission trips. He says that others in the church have taken similar steps to write missions into the story of their family. One church member began by taking his son on a mission trip to Haiti. His wife joined him on the next trip. Eventually, instead of taking a family vacation, the whole family went on a mission trip together. According to Stockeland, they saw the world with different eyes when they came home.

“I know there are a lot of varying views of short-term missions,” Stockeland said. “They may seem to have little immediate return, but they have a great long-term benefit because of the ability to expose people to missions.”

Stockeland believes short-term missions plants a seed that will grow for life.

“When you take your children to the mission field,” Stockeland said, “they start to get the picture of how God networks us together in the big Kingdom of God.”

“Doing short-term mission trips is a great example of being stronger together than we are individually.”

The Stockelands’ youngest daughter, Briella, is currently 2 ½ years old. In just over five years, it will be her turn.

On May 7, there were 65 cars gathered in six lines the Eureka High School parking lot for the prayer drive out-and-about. Plus, each line was led by a Eureka police or fire vehicle sounding an occasional siren to draw attention. Each line covered a particular route in town.