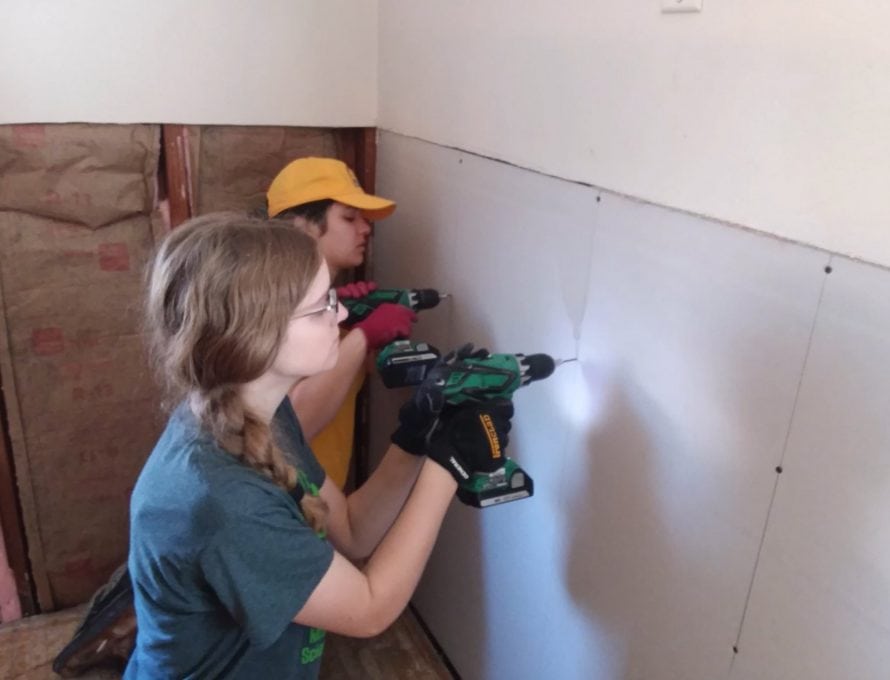 VIDOR, Texas – Classes at Missouri University of Science and Technology don’t begin until late January, but a group of seven started off the semester right with a week on mission.

“It’s a really good fit for us that way,” he said. “They have a lot of work to do down there. They had not seen this kind of flooding or anything close to it before.”

But this September, Vidor says 40 inches of rain in just a few days. The S&T BSU crew spent their week with two widows, showing God’s love by installing drywall and starting the mudding process in their homes.

“These students… you tell them what you need and how to do it and they get after it,” Wade said. “They just get after the work.”

While they were there, they worshipped with First Baptist, Vidor, even though that congregation is still having to meet outside its facilities due to hurricane damage.

Wade said it was good for the students to see the gratitude expressed by the homeowners and “the realization that you’re getting them closer to actually recovering from the disaster.”