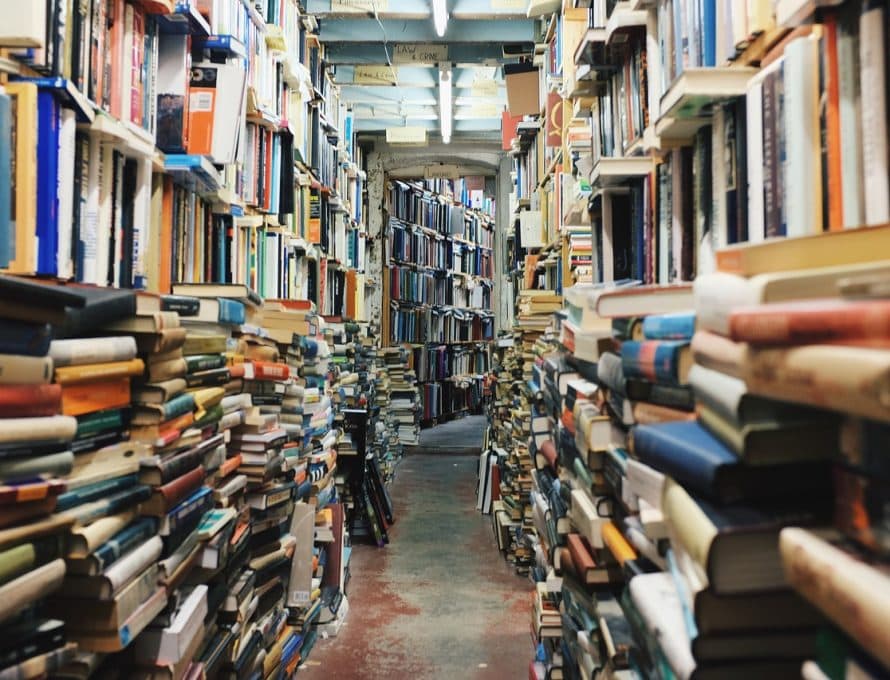 ST. JOSEPH – Sporting a pink floral dress and a white bead necklace, Romeo Huff-Garza was met with applause by crowds within the St. Joseph Public Library here last fall. Meanwhile, protesters gathered outside the library picketed the occasion, decrying what they called – according to the St. Joseph News-Press NOW – “child abuse through gender confusion.”

Having performed as drag queen Vivian Versace for eight years, Garza was invited Sept. 10, 2019, to participate in the library’s Drag Queen Story Hour, where he read to a packed room of adults and children for nearly an hour. Among other children’s books, he read “Jack not Jackie” and “Not all Princesses Dress in Pink.” They were LGBTQ-friendly books selected from the library’s shelves.

According to local Library Director Mary Beth Revels, who said 96 percent of the library’s revenue comes from tax dollars, the Drag Queen Story Hour was a “family program.” But according to the official website for the Drag Queen Story Hour, events of this kind around the nation aim at capturing “the imagination and play of the gender fluidity of childhood,” giving “kids glamorous, positive, and unabashedly queer role models.”

For Missouri Baptists around the state, this event was an example of progressive efforts at every level of society to expose children to unbiblical views of human sexuality and gender. 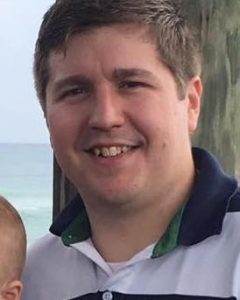 When Pastor Jacob McMillian of the Journey Baptist Church, St. Joseph, heard about the local Drag Queen Story Hour, he urged church and community members to avoid the event. “We believe that God created man and woman, and He created them distinctly,” he said in an online video. “And we should never try to confuse that or distort that.”

But, according to McMillian, this wasn’t the first time he’s seen public leaders and institutions in St. Joseph push the LGBTQ agenda on the city.

Exactly one year earlier, he was among only a handful of other conservatives to publicly oppose the city’s decision to make sexual orientation and gender identity (SOGI) protected classes under its non-discrimination law.

During a public discussion of the ordinance, on Sept. 10, 2018, McMillian insisted that according to Scripture LGBTQ people aren’t born that way, but instead they choose their lifestyles and identities. Immediately, he was cut off by city council member Brian Myers: “I don’t think anyone is born a bigot either,” Myers said. “I think it is taught, and I think you’re a glaring example of the bigotry that was taught.”

Ultimately, McMillian’s efforts to defend biblical views of human sexuality were ignored by the city council, and the SOGI ordinance passed. So, when the St. Joseph Public Library announced its Drag Queen Story Hour a year later, he felt that Christians in the area should abstain from the event and once again speak God’s truth in love. But he also felt they could do little to stop the event.

But, earlier this month, Missouri lawmaker Ben Baker – an evangelical Christian from Neosho – proposed a bill in the state’s House of Representatives that may help families and churches as they resist the LGBTQ agenda in their own communities. 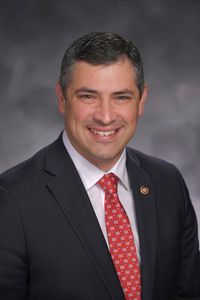 Baker said he was first prompted to sponsor Missouri House Bill No. 2044 (HB 2044), called the “Parental Oversight of Public Libraries Act,” after learning about Drag Queen Story Hours not only in St. Joseph, but also in Kansas City and St. Louis.

“I’m not trying to pull content out of the library or ban anything or censor it,” Baker told The Pathway. If a parental review board deems LGBTQ children’s books as “age-inappropriate sexual material,” this doesn’t mean the books will be banned from the library. Instead, the review board may decide to separate the books from other children’s material, so that parents who object to LGBTQ lifestyles won’t find their children unwittingly exposed to these books.

As for the Drag Queen Story Hours: “If they want to hold it in a room with a shut door and with parents’ consent, that’s one thing,” Baker said. “But to have it in the public space where any child walking in the door can be exposed to it (even against their parents’ wishes) – I have a problem with that.” 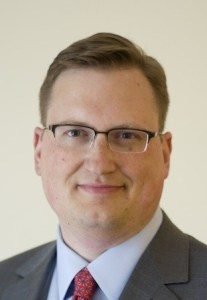 According to Kansas City attorney Jonathan Whitehead, HB 2044 “is patterned on an

“That (federal) law requires libraries to filter library internet access available to children,” said Whitehead, a member of Abundant Life Baptist Church, Lee’s Summit, and trustee with the Southern Baptist Convention’s Ethics & Religious Liberty Commission. “The CIPA was upheld by the United States Supreme Court in 2003. Rep. Baker’s bill asks whether the library’s section for kids should be at least as safe as the library’s internet for kids.

“Missouri law already says subjecting minors to unwelcome, age-inappropriate, sexualized interactions can be a form of child abuse,” Whitehead added. “It is important that public libraries be places of free inquiry for adults.  But Missouri kids shouldn’t have to risk age-inappropriate sexualized interactions as the cost of using the library. Missouri parents should expect tax-funded libraries to be proactive partners in stopping that kind of harm.”

Nevertheless, opposition to HB 2044 has been loud and, sometimes, violent. Baker said he’s received not only hateful notes, but also death threats and suspicious packages both at his office and at home.

Moreover, drag queens from around the nation are planning to protest at the Missouri State Capitol, March 7. But members of the LGBTQ community aren’t the only opponents of the bill: The American Library Association (ALA) and Missouri Library Association (MLA) have condemned the bill for allegedly threatening “censorship” and violating “intellectual freedom.”

But Baker suspects that free inquiry isn’t the primary concern among the bill’s opponents.

Take, for example, the ALA – the oldest library association on earth, boasting 57,000 members. Far from showing a concern merely for free inquiry, the ALA and its Gay, Lesbian, Bisexual and Transgender Round Table (GLBTRT) in 2018 criticized the federal government for refusing to recognize LGBTQ identities as protected under Title IX of the 1972 Education Amendment. “Never before has there been such dire need to quash bigotry and hatred,” the group’s statement read.

The ALA also champions Drag Queen Story Hours and LGBTQ reading material and causes on its website. Additionally, while discussing an increase of “Challenged Books” in 2016 and 2017, ALA Office of Intellectual Freedom Director James LaRue pinpointed what he believed to be the problem.

“What’s happening now is the overprotective parent,” LaRue said, according to the Springfield News-Leader. “You’ve heard of the helicopter parent? Well, these are the Velcro parents. They are not hovering anymore. They are attached.” 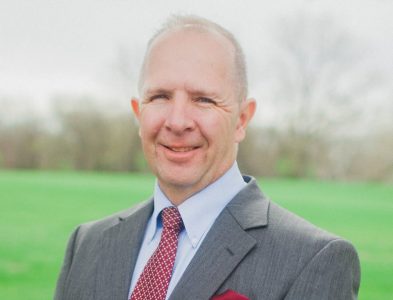 Indeed, according to Missouri Southern Baptist Ethicist J. Alan Branch, parental authority is a threat to the progressive agenda. Branch is the author of Born This Way?: Homosexuality, Science, and the Scriptures and Affirming God’s Image: Addressing the Transgender Question with Science and Scripture.

“The most radical LGBTQ advocates recognize local churches and strong nuclear families as their greatest opponents,” said Branch, who serves as professor of Christian ethics at Midwestern Baptist Theological Seminary in Kansas City. “Because all homosexual relationships are sterile apart from the use of Artificial Reproductive Technologies or adoption, they do not create families. It is thus important for LGBTQ activists to find ways to catechize children from Christian families into expansive ideas of sex, gender, and sexual relationships.

“The stable environment of a loving home where the mother and father love the Lord, love each other, and  love their children is the greatest antidote to the modern expressions of the Sexual Revolution,” he added.

And, according to Baker, HB 2044 serves precisely as a safeguard for parental authority and for the right of families to protect their children from progressive ideas about sexuality and gender identity.

Back in St. Joseph, Pastor McMillian applauds Baker’s aim, but he has some concerns. Even if the bill passes in both the Missouri House and Senate and is signed into law, would it be effective in a city like St. Joseph, which is often under the control of progressive leaders? Isn’t it likely that progressives would also control the review boards mandated by HB 2044?

“I have a feeling that will happen,” he said. “The progressives will be more concerned about getting their literature in, than we are about keeping it out.”

For McMillian, this predicament is a reminder that elections matter even at the local level. Perhaps, in order to safeguard parental authority and protect their children in the future, some Christian parents may need to run for local office or lead out in other ways to influence the local government. As for the rest, they must stand firmly and visibly with elected officials and other local leaders who take risks to defend God’s truth in the public square.