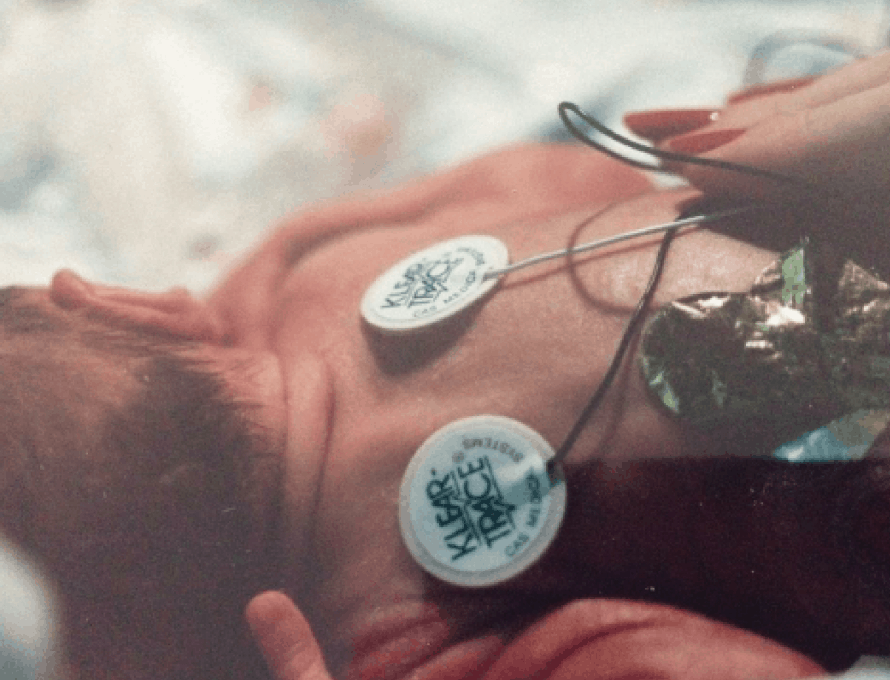 KANSAS CITY – In 1997, Matt and Kerry Marrs welcomed two premature babies into the world at 27 weeks gestation. Today, their children’s story inspires them to advocate for life of the unborn. Submitted photo

KANSAS CITY – Matt Marrs and his youth group were stopping at a restaurant in Dallas on the way back from a mission trip to Houston when a waitress handed him a life-changing message: “Your wife is in labor.”

That message would send any dad-to-be in a flurry to the nearest airport. For Matt, it also sent a rush of alarm through him. His wife, Kerry, was carrying twins. Her due date was still over 14 weeks away.

Matt caught the first flight back to Kansas City, where the doctors revealed the unexpected news that Kerry’s premature labor was due to twin-to-twin transfusion. They shared a placenta, and one twin, Micah, was receiving a greater share of the blood supply.

Kerry had spent nine days in the hospital delaying labor until another ultrasound revealed that Micah’s heart was in distress. He had roughly 48 hours before his heart would fail. They had two options: let Micah die with an optimistic chance that Mason would make it to full-term, or immediately deliver and face a litany of potential complications. One baby, or two? One baby, or potentially none?

Faced with a decision no parent wants to make, Matt and Kerry knew there was only one choice they could make: “We wanted them,” Matt says. Kerry was rushed to the operating room and delivered the boys that day, Aug. 4, 1997.

At 27 weeks, the twins were not considered viable outside the womb. Micah weighed 1 lb 15 oz; Mason 1 lb 8 oz. Ventilators, intubation, and a host of other medical interventions kept them alive. It was three weeks before Matt and Kerry could hold their sons.

Two and a half months later, Matt and Kerry brought their sons home. At close to five pounds each, the boys came home with oxygen and a still-uncertain future. Matt and Kerry came home with the constant concern that their sons could stop breathing at any time. In that first year, it took “$1 million to save the life of two children because someone wanted them,” Matt says.

Twenty-two years later, Micah and Mason are healthy, thriving musicians who share their story at worship events around the country. “There’s a reason we’re alive today,” Micah says. Their story is a reminder “of the power of God,” he continues, “It’s been incredible to share that story and hopefully be a reminder to [people] of the power of God.”

Their story is a personal reminder of both the power of God and the value of their lives. “When I experience moments of personal doubt,” Micah says, “I can look back to that moment of time and realize God had a plan for me then and continues to have a plan for me today,”

Mason says they are “a tangible example of what a baby looks like at that stage of life. We’re a picture of the 27-week [gestation] baby who many people would argue is not worth saving.”

The Marrs family’s experience has led them to passionately advocate for those who do not have a voice. “When we didn’t have a voice, someone else stuck up for us. When doctors came and said I had 48 hours to live, my parents had a real choice to make. I didn’t have a voice in that moment…just like the thousands of babies who are aborted every year,” says Micah.

The unborn need a voice, but so do the parents making seemingly impossible choices. “We [as Christians] need to be willing to step up and do whatever it takes to help people in that circumstance,” Matt says. “Let people know they will not have to bear the burden alone.” Whatever it takes may require things as extreme as adoption, paying medical bills, or providing childcare so a single mom can continue her education. Or it may be as simple as ‘flooding them with diapers and baby food. Whatever the need is, we can.’”

For their family, whose dinner table regularly includes a diverse group of youth and young adults from their community, being pro-life doesn’t stop at birth. “You need to be comprehensively pro-life…If you’re going to be pro-life when it’s an unborn child, you need to be pro-life at every stage of life,” Matt said, “from the womb, all the way through early adulthood.”

As for where to start? “Look around your own church and your own neighborhood… If don’t see an immediate need, reach out to a local crisis pregnancy center,” Matt says. It’s not rocket science. Matt concludes, “We’re here to walk with people. Be a voice for people, be a support for people, whatever the need is.”