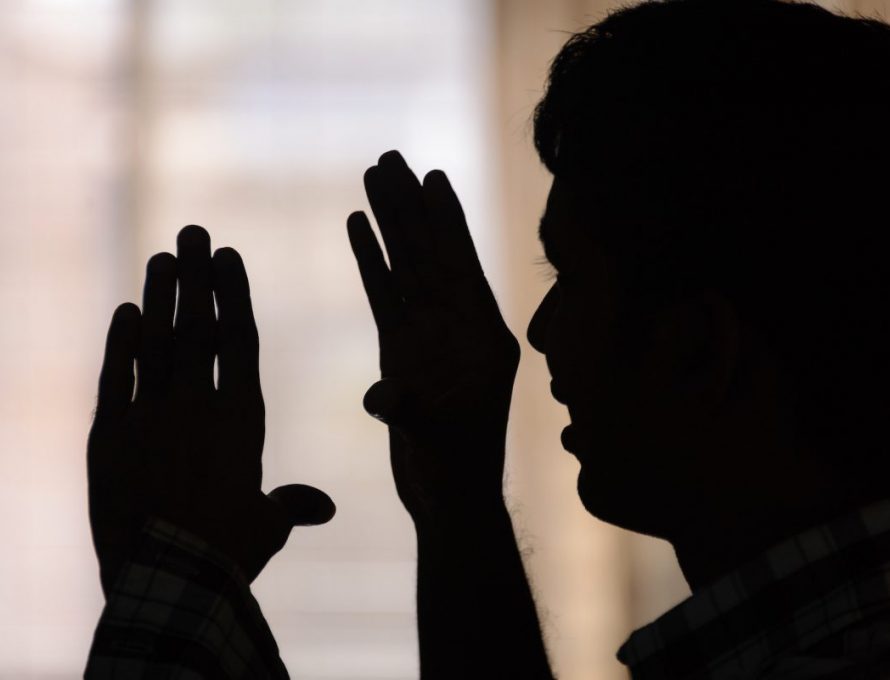 A Deaf believer discusses his faith with a group. Most of the 70 million Deaf people around the world have never seen Jesus’ name signed in their language. (IMB Stock Photo)

INDONESIA (BP) — Nick* felt like he had no reason to live. His depression became so overwhelming that he wanted to die. One day he climbed to the top of a bridge and was about to jump. Just before he leapt, he saw something that caught his attention: a bright figure in front of him. The image intrigued him and seemed to break him from a trance. Nick didn’t jump that day. Instead, he got down from the bridge and felt drawn on a journey to discover an explanation for the figure that saved his life.

Nick’s journey led him to a pastor who shared truth with Nick and led him to Jesus. A few months after he came to know Christ, Nick met an American girl who taught him Scripture in his language, sign language. After that, everything was different for Nick.

Access to Scripture in his language changed Nick’s life and prompted him to start the first Deaf-led church in Indonesia. Many churches have Deaf ministries, but the Deaf community is eager to lead their own churches and to share the gospel in their heart language. Nick is now discipling believers and teaching Scripture through sign to the Deaf in Indonesia.

Your prayers and your giving to missions allow Southern Baptists to continue bringing the message of Christ to the Deaf communities around the world. As the season for giving to the Lottie Moon Christmas Offering® approaches, prayerfully consider how your sacrificial gift will change eternity for people like Nick.