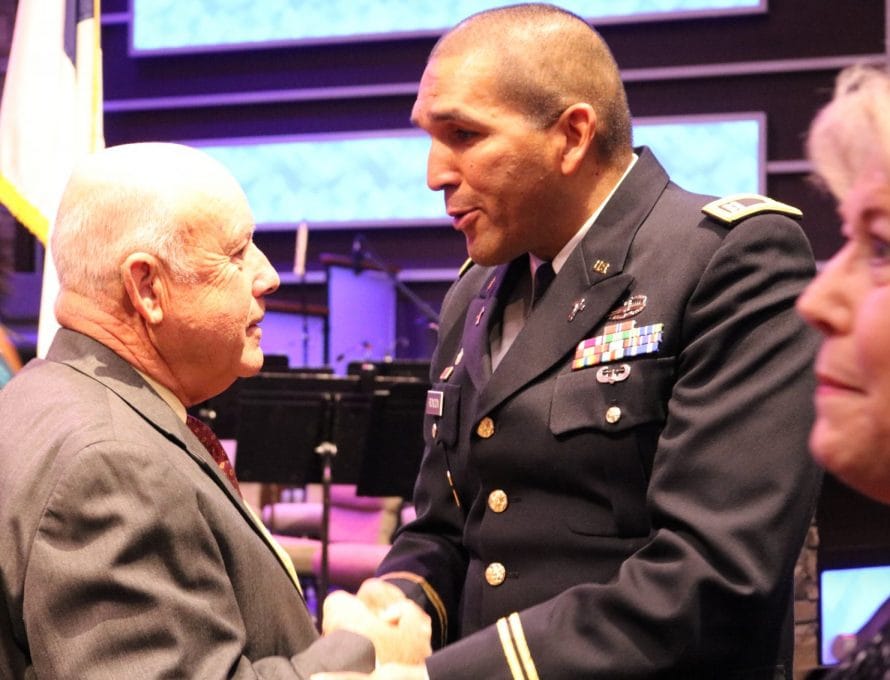 JEFFERSON CITY – Captain Jose Rondon held the attention of more than 400 elected officials of all political stripes, their staff and guests Jan. 8 as he challenged them to three “resolutions” for 2020 based on Philippians 4:6: “Don’t worry about anything, but in everything, through prayer and petition with thanksgiving, present your requests to God.” It was the 15th annual legislative prayer service hosted by the Missouri Baptist Convention’s Christian Life Commission and Concord Baptist Church, here.

“It is pressing and critical – now more than ever – for this nation to be on its knees before the God of all creation and His Son, Jesus Christ, the Lord and Savior of mankind,” Rondon told those present.

Rondon, a chaplain at Fort Leonard Wood who – as reported previously in The Pathway – has seen thousands of Army trainees and soldiers at his base profess faith in Christ during the past year, was this year’s guest speaker.

Originally from Venezuela, he came to faith in Christ in the 1990s through the witness of an International Mission Board missionary. Later, he immigrated to South Carolina, where he attended a Southern Baptist college – North Greenville University – and later he worked on master’s and doctoral degrees at Southeastern Baptist Theological Seminary. He became a United States Citizen in 2010 and a year later joined the military with the hopes of becoming a chaplain.

Rondon urged them to be mindful of God’s instruction as they approach their duties on behalf of the people of Missouri.

He challenged them to be trustful, prayerful, and grateful in all they do, drawing from Philippians 4:6 in his charge. He concluded with a presentation of the gospel.

Tim Remole, a state representative from Macon, Linn and Randolph counties has been coming to the prayer service since his first term in the House in January 2013. Entering his final stint in the House before being term-limited out, Remole told The Pathway what the annual prayer service has a meant to him.

“This is the thing I want to do to start off the session,” he said. “Hearing your prayers for each branch of government means a lot to me; it starts things off right. It’s been a big part of my time in the legislature.”

Though it was a non-denominational event, Missouri Baptists were well-represented. Special music was led by vocalists Cindy Baumann, Brad Newbold and accompanist Debbie Poire, all members of Concord, as well as vocalist Ginger Pitchers of First Baptist Church, Annapolis.