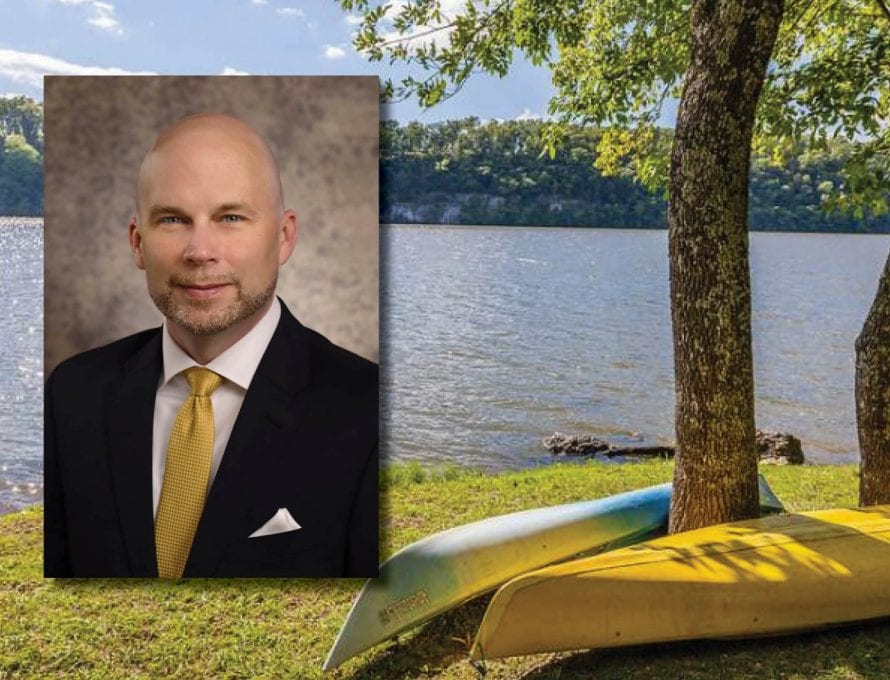 EDITOR’S NOTE: After the Missouri Baptist Foundation’s (MBF) subsidiary Straighway Holdings, Inc. (SHI) purchased Windermere last month (see story, here), MBF and SHI President Neil Franks agree to answered several questions about the purchase. The following is a transcript of the interview. Prior to answering the questions via email, Franks also gave the following statement in writing  to The Pathway:

“Our goal was to secure the property of the campground commonly known as Windermere Baptist Conference Center and maintain Christian Camping with a Baptist Affiliation. We did not want to see the property redeveloped for secular purposes, and we took bold and urgent action to avoid that potential result, utilizing a very difficult and complex process. We are thinking more of the future, and less of the past.

“The principals (MBF, SHI and Arukah Cove) are primarily focused on restoring cooperative ministry among Missouri Baptists in the future, rather than getting distracted by the disputes of the past. Our goal is create a place of reconciliation and healing where desperate and lost people can reconnect with God. This is a fresh start for Windermere.

“The future viability of the campground is not assured and will require many interested Christians to support the campground with prayers, participation in our programs and giving. SHI secured the assets as an investment both financially and spiritually. However, we may not always own the property as it must provide a return on both of those investments to meet our mission objectives and the one given us by Missouri Baptists to Advance the Gospel.

“Our immediate action was to secure the title to the property, not necessarily to get into the camping business, which is why it is being leased to a third-party corporation who was not a part of the past disagreements over governance. MBF (and SHI) will always look for ways to make impact investments which help us “develop, manage and distribute funds” while Advancing the Gospel. This mission could lead us to invest in church buildings in foreclosure, or holding other assets when churches and ministries are forced to downsize or close.

“We are encouraging Baptist media to adopt a similar position in sharing the story of God’s great working in this transaction and the bright future of possibilities that Windermere has, rather than repeating the arguments that have been divisive in the past. Of course, I appreciate the difference between my job as Foundation president and your job as Pathway’s chief journalist. I know you will report truthfully about what Baptists need to know, but I also trust you will highlight the tremendous ‘good news’ in this story.

“Missouri Baptists will surely rejoice that the campground is under new ownership and new management that is connected to the MBC family of churches. It is in that spirit that I am happy to answer the following questions the best that I can.”

Was Windermere foreclosed on? If so, when and by whom?

Yes. As the press release stated, “through a non-judicial foreclosure” the bond holder sold the real estate and personal property of what has been known commonly as Windermere Baptist Conference Center on the steps of the Camden County courthouse on December 11th to the highest bidder. The bond holder was TMI Trust Company of Atlanta, Georgia, The foreclosure sale was conducted by TMI’s local attorney, Michael McDorman. TMI’s president, Mark Young was present. I attended the sale, as did our general counsel, Mike Whitehead.

How much was it in debt?

It was our understanding the debt owed to TMI was more than $12 Million.

If in debt, specifically for what?

The debt consisted of bonds which had been issued around 2005. TMI was successor trustee for the bondholders. It is our understanding that the debt primarily originated in 2003 and was used for capital projects including the Wilderness Creek expansion.

Who were the board members who incurred the debt and which ones were part of the original board that took Windermere from the MBC?

We do not have precise information about who was on the board at any given time during the years of financing and re-financing of the debt. The Secretary of State’s website may have some information in its “annual reports” and lists of trustees.

Are any of the board members –who were either part of the original Windermere board that took the property from the MBC or the board that let it fall into foreclosure – on the new board?

First, if your reference to “new board” refers to Straightway Holdings, Inc., then the answer is no. SHI board members are the same board members of the Missouri Baptist Foundation. SHI is a holding company of MBF and its trustees are elected by the messengers at the MBC annual meeting. The Windermere transaction was approved by both boards. MBF and SHI. SHI is now the title owner of the assets, real and personal, formerly owned by Windermere Baptist Conference Center, Inc. None of the MBF or SHI trustees were ever on the WBCC board.

If you are referencing Arukah Cove, then the answer is still no. Arukah Cove, Inc., is a newly formed non-profit corporation whose sole mission is to act as the tenant management corporation operating the Windermere Baptist Conference Center property for the lessor, SHI. (ACI has leased the facility from Straightway Holdings Inc.)

Did the Oklahoma Baptist Foundation provide the financing for this acquisition and what are the terms?

Yes. WatersEdge Ministry Services is the Baptist Foundation of Oklahoma’s new brand for church loan and investment services. WatersEdge originated a loan for $5 million to MBF and SHI. The loan is amortized over a 25-year term. The interest rate is 4.75% per annum.  WatersEdge holds a first mortgage, secured by the real and personal property of Windermere, and by certain other collateral.

How much was the purchase?

At the foreclosure sale, SHI bid $4,745,000 for the real estate, and $5,000 for the personal property. The balance of the loan proceeds covered various costs of the acquisition and provided additional security for the lender.

Has there been an appraisal of the camp portion of Windermere, when and what was the outcome?

TMI reported that it had received 2 appraisals in the recent past. We do not have access to copies of those reports, but it was represented that both appraisals were higher than the bid price at which SHI purchased.

How many are on the new board with Neil Franks and who are they (complete disclosure)?

Straightway Holdings is a real estate holding company formed by the Missouri Baptist Foundation. Its board members and officers are the same as the MBF.

Arukah Cove currently has two other founding members: Tim Mensendieck and Jeff Cox both have worked on the ministerial staff of the Kansas City Baptist Temple, now Graceway. When Mensendieck retired to the Lake of the Ozarks a few years ago, he agreed to serve as chairman of the board at Windermere. He was instrumental in the hiring of Tim Huddleston to be the CEO of Windermere, and Wayne Crull to be the CFO. Mensendieck resigned as WBCC trustee in 2019 and has worked to form the new operating corporation, Arukah Cove, Inc. Jeff Cox is currently a staff member at Abundant Life Church in Lee’s Summit, MO. Other trustees may be added in the future, but SHI will always have a representative on the ACI board.

As stated in the press release, The Missouri Baptist Convention was not a part of the transaction and has incurred no debt or any ongoing obligations related to the transactions.

In buying at a foreclosure sale, MBF and SHI have not assumed any debts of the Windermere Corporation (WBCC). The foreclosure sale extinguished all the liens or encumbrances that had attached to the property due to WBCC’s debts, including the first mortgage held by TMI.

As result of the purchase, SHI and MBF borrowed money from WatersEdge, and WatersEdge now holds a new first mortgage on the property to secure the promissory note signed by SHI and MBF for $5 million. Let me clearly state that no funds of any church, ministry, association or other MBC entity were used in the purchase. No investor with MBF is at risk since the purchased property and certain pledged assets serve as sufficient collateral.

It is expected the lease holder Arukah Cove operating the camp, will generate the income to pay its monthly lease payment to SHI, who will in turn pay all mortgage obligations.

Since it was bought out of foreclosure, what is the condition of Windermere and what needs to be done to bring Windermere to a point where people will come?

Windermere has seen thousands of guest annually every year since 2001. It was at near full capacity many weeks this past summer and is already quickly selling out for the upcoming summer.

The management team which began in March of 2019 led by Tim Huddleston will be retained by ACI and will continue the transformation which has already begun. Any facility providing hospitality services is always in the process of reimagining and improving its property.

Windermere continues operations as normal and continues to see guests without any interruption. The Missouri Baptist Foundation has scheduled a series of Winter White Board events for pastors, associate pastors, executive pastors and church staffs for January and February. To register for these events please visit www.MBFN.org.

To my knowledge, no person who has been a WBCC board member during the MBC-WBCC litigation was involved as a principal in the acquisition. Tim Mensendiek has other business relationships with some persons who were on the WBCC board, but these persons and organizations are not involved in in this acquisition or operating structure.

Was the MBC the highest bidder on the steps of the Camden County Courthouse? Who else bid?

Neither MBC nor MBF made a bid at the sale. Straightway Holdings Inc. was the high bidder. There were two other bidders, TMI the bond holder and a property developer from Springfield. At least one other bank was also at the auction along with a couple of other unidentified individuals. The real estate developer made a bid of $1,010,000.00 for the real estate. TMI made a bid of $4.6 million. SHI made the winning bid of $4.745 million. Following the auction, SHI (Neil Franks and Mike Whitehead) met with the foreclosure attorney Mr. McDorman and TMI’s president Mr. Young, and closed the final terms of the sale which involved SHI’s payment of $4.75 million for all real and personal property.