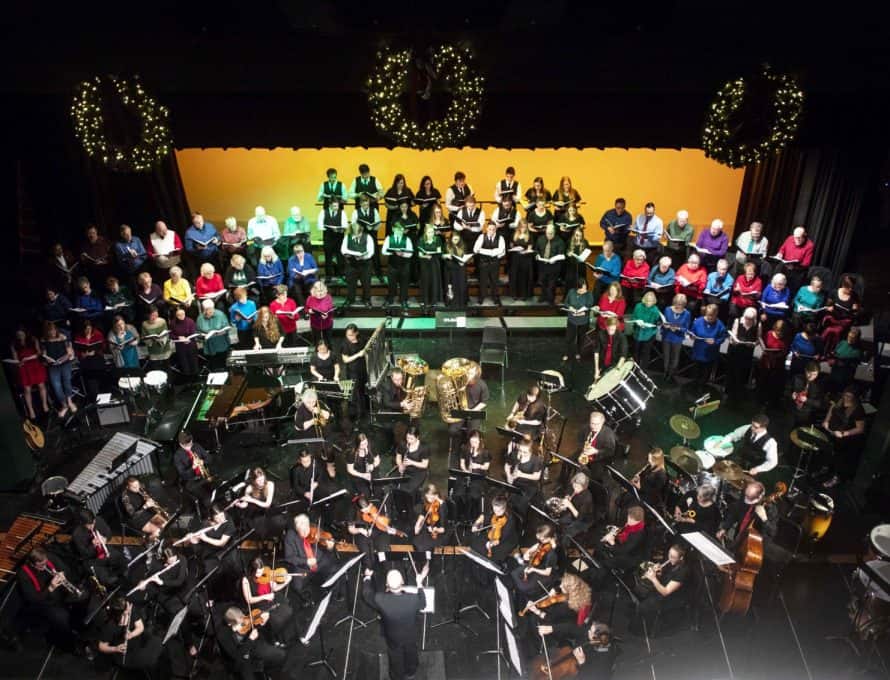 HANNIBAL – The choir and orchestra of Hannibal-LaGrange University perform during the school’s Christmas chapel here. HLGU photos by Rebecca Sneed

This classic carol deserves its own mention, as it is probably one of the most sung in all of Advent and Christmastide. Featured in over 459 hymnals, it is powerful in its word and music:

That mourns in lonely exile here until the Son of God appear.

Rejoice! Rejoice! Immanuel shall come to you, O Israel.

The fascinating aspect of this hymn is that while it has only been in the English language since 1851, it was around for way longer as a Latin chant from the 12th century, but further still taken from a poem written in the 8th century by Cynewulf. This makes this hymn one of the oldest in all of Christian hymnology!

In the 1850s a frail man by the name of John Mason Neale lived most of his life in Sackville College as a warden and Anglican priest. While he was not physically well enough to shepherd a church, he was well enough to use his gifts for the Lord in a different way. Neale had a penchant for translating old Latin works into English. This is when he came upon this gem. In fact, the carol we sing today was a result of a dozen years of dedicated translation work. Many would make their debut in hymnals: Hymns Ancient and Modern and The English Hymnal.

Another interesting aspect of this work is that in the original, each initial letter beginning the verse forms a reverse acrostic “Ero Cras” – meaning “I will see you tomorrow.” Whether or not this was intentional, it is an additional element to this already Advent-flavored hymn that gives a beautiful taste of the “Already, not yet” aspect of Christ’s incarnation and His glorious return.

Its tune, VENI EMMANUEL, is also ancient. Musicologist Mary Berry has found the melody set to different texts in a 15th century songbook. Making it also one of the oldest texts in hymnody.

All in all, this hymn is quite a lovely reflection of now and antiquity. It also represents a beautiful product of the labors of a man physically unable to stand at an Anglican rostrum week after week. However this same man could spend hours translating and bringing us a joyful gift of worship that will no doubt survive through Christ’s second coming, when he will no longer say, “See you tomorrow!” ν