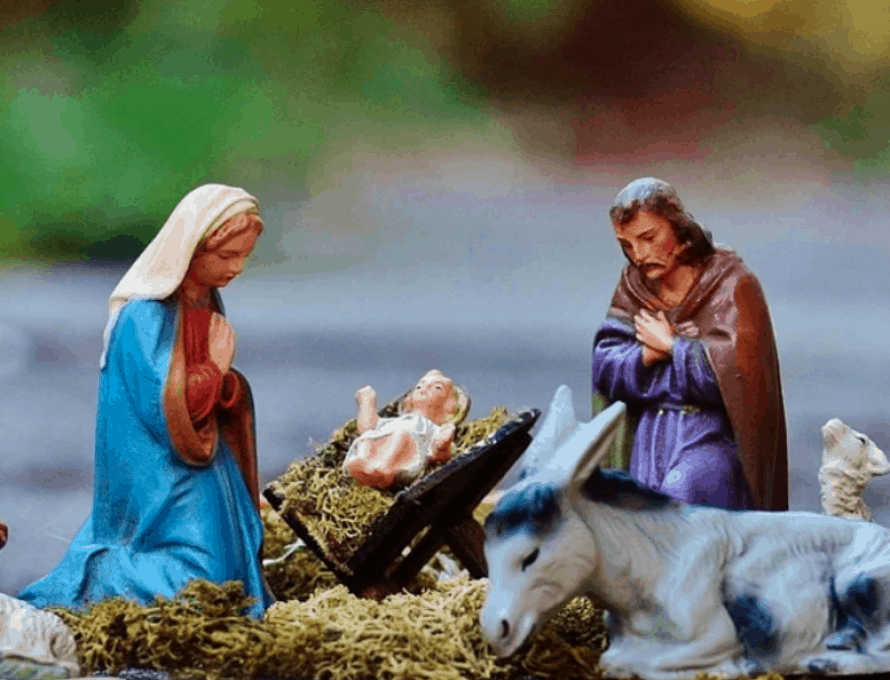 One of the most anticipated seasons of the year is finally upon us. Houses are festively decorated for Christmas, shopping malls are crowded with gift seekers, and children everywhere are expectantly longing for both Christmas break and presents. As Christians enter the Christmas season, many eagerly anticipate not only the excitement of the holidays, but more importantly the significance of Christmas. Desiring to keep Christ in Christmas, Christians seek to tell the story of Christ’s birth through nativity sets, Christmas carols, and church choir performances. However, little thought is given to whether the popular telling of the Christmas story is actually biblical.

For most Christians, the story of Jesus’ birth is filled with images popularized in nativity sets – a bright star shining over the baby Jesus encompassed by his parents, shepherds, three wise men, and livestock. While this nativity image likely produces warm feelings, it isn’t actually biblical. When angels announced to the shepherds of Jesus’ birth, they were told exactly where to find him (Luke 2:11-12). No star guided them to the Christ-child, and no star was positioned over the manger. According to Scripture, only Jesus’ parents and shepherds were present on the starless night Jesus was born.

The true star over Bethlehem would come much later in the story. In Matthew 2, the rest of the Christmas story is told. After Jesus was born, magi (wise men) from a distant land followed a star to Jerusalem in search for a newborn king. Upon finding Jesus, three gifts were presented to the child – gold, frankincense, and myrrh. After being tricked by the wise men, King Herod ordered all children two years and under to be killed (Matthew 2:1, 11, 16). Not only are the number of wise men unknown (assumed by the number of gifts), but the slaughter of all toddlers likely bears evidence that Jesus was up to two years of age. When considering the two primary narratives of Jesus’ birth from Matthew 2 and Luke 2, it becomes apparent that popular thinking about Jesus’ birth is not entirely biblical. In an effort to simplify Jesus’ birth, we’ve exchanged biblical authenticity for cultural expediency. Instead of biblical faithfulness, we’ve settled for preserving traditions.

The purpose in pursuing biblical clarity is not to be a joyless scrooge, but instead is to stress the primacy of accurately understanding Scripture. Small errors in biblical understanding can lead to catastrophic misunderstandings. Church history has repeatedly proven that upholding traditions over Scripture can lead to devastating consequences. For Christians, everything concerning salvation hinges on the authenticity of the Incarnation (Christ becoming human). Without the biblical account of the virgin birth, Jesus would not have been uniquely qualified to live perfectly without sin (1 Peter 2:22). Without the certainty of the virgin birth, Jesus could not have taken on humanity’s sin to justify those who He came to save (2 Corinthians 5:21). Without the specifics of the virgin birth, Jesus could not have defeated sin and death for Christians through the resurrection (John 11:25-26). Authenticity in Christ’s birth leads to accuracy in Christ’s salvation work.

Perhaps instead of throwing out nativities or refusing to sing Christmas carols, the Christian’s best antidote this Christmas season is to confidently know the biblical story of Jesus’ birth. Spend time reading the birth narrative with new eyes, void of previous assumptions. Make the effort to understand the significance of Jesus humbly coming to earth to be born in a manger. Most of all, allow the biblical account of Jesus’ birth to lead you into worshipping your Savior and King. What a marvelous grace that out of His infinite love, God came to earth as a baby ultimately to seek and to save the lost. Merry Christmas, everyone!