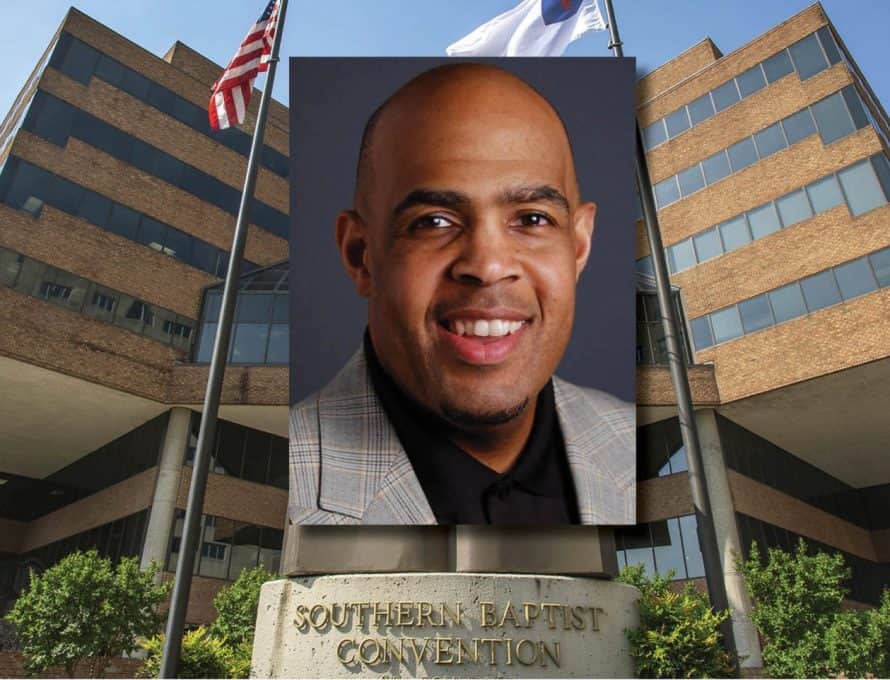 NASHVILLE (BP) – Willie McLaurin has been named vice president for Great Commission relations and mobilization at the Southern Baptist Convention Executive Committee – a new position created to maximize resources and Gospel impact at the EC.

“Willie McLaurin is a highly relational, disciplined, gifted and growing leader,” said Ronnie Floyd, EC president and CEO. “At 46 years of age, he is a powerful preacher that inspires people to follow Christ passionately. Willie loves people, and it is more than evident when you are around him.

“We believe he has been prepared uniquely for this role on our team and he will be able to join us in calling all Southern Baptists to reach every person for Jesus Christ in every town, every city, every state and every nation. The first priority we will have together is to hire an executive director of African American relations and mobilization.” Floyd said.

McLaurin, who will begin his work with the Executive Committee on Jan. 2, 2020, has served as special assistant to the executive director at the Tennessee Baptist Mission Board in Franklin, Tenn., since 2005.

“Willie has served Tennessee Baptists well as a member of the Tennessee Baptist Mission Board team for nearly 15 years,” Tennessee Missions Board executive director Randy Davis told Baptist Press. “His blend of caring heart and compassion, competency and character, attention to detail and ability to accomplish a given task is unparalleled. As an SBC leader stated to me recently, the Great Commission culture created within the network of churches here in our state is desired around the country. We have that culture in Tennessee because of focused and faithful staff like Willie McLaurin.”

McLaurin is the author of the book “Which Race Are You Running? Keeping Life in Perspective” and is the co-chair of the Southern Baptist Convention Second Chair Network.

As vice president for Great Commission relations and mobilization, McLaurin will implement Cooperative Program and stewardship education, work to strengthen relationships and promote increased giving among Southern Baptist churches, develop strategies to strengthen relationships with multiple demographic groups within the SBC and provide oversight and assistance to the executive directors of church relations and mobilization for Hispanics, Asian Americans, African Americans and of church affiliations.

K. Marshall Williams Sr., senior pastor of Nazarene Baptist Church in Philadelphia, said in comments to Baptist Press, “I was elated to learn of my beloved friend Willie McLaurin’s appointment as vice president of the SBC Executive Committee!”

“He is an authentic and anointed man of God who loves his family and the flock of God,” Williams noted. “He will lead and serve in polity and practicum with confident, consistent, Christocentric conviction and clarity, exalting the claims and the mission of our Christ. I believe Willie McLaurin will be a prophetic voice and an empathetic blessing in uniting us as Kingdom citizens in these difficult days.”

McLaurin, in comments to Baptist Press, said, “This is a strategic season for Southern Baptists, and I am excited to serve alongside Ronnie Floyd as he leads the SBC Executive Committee forward. I am grateful to Randy Davis and the Tennessee Baptist Mission Board for the privilege to wash the feet of those who serve the local church. I had no idea that God used the past 15 years of my serving in Tennessee to prepare me to serve at the national level.

“I am honored and humbled to lead Southern Baptists in giving more generously than we’ve ever given before and reaching more people for Christ than we’ve ever reached before. The time is now for Southern Baptists to realize that every generation matters, every church matters and every pastor matters,” McLaurin said. “The future for the Southern Baptist Convention is bright. Our team of servant leaders at the SBC Executive Committee are committed to partnering with every church in living out the Great Commandment and fulfilling the Great Commission.”

One of McLaurin’s main responsibilities in the new role will be assisting with Cooperative Program promotion across the country.

Nick Floyd, senior pastor of Cross Church in northwest Arkansas, told BP, “I’m thrilled about Willie McLaurin joining the Executive Committee staff. He’s a proven leader who will continue to inject life into the Cooperative Program across the SBC. Our past has been defined by cooperative missions, and our future will only go as far as our cooperation together.”

Hance Dilbeck, executive director-treasurer of the Baptist General Convention of Oklahoma, noted the importance of promoting the Cooperative Program.

“We express our fellowship in the Gospel by giving to meet the financial needs of our work,” Dilbeck said. “This is part of the tie that binds all levels of our convention together. Our deep connection in theology and mission is expressed in the sharing of our resources. Promoting the Cooperative Program serves to strengthen that connection in the future so we can continue to advance the Gospel.”

In Baptist life, McLaurin served on the SBC Resolutions Committee in 2018 and as president of the Black Southern Baptist Denominational Servants Network in 2011-2012. He also was on the Executive Board of the Tennessee Baptist Convention from 2003-2005 and was the inaugural president of the African American Fellowship of the Tennessee Baptist Convention.

McLaurin is a member of Simeon Baptist Church in Antioch, Tenn. He and his wife Antonia have two daughters, Sienna and SiChanna.

JACKSON – Amid the COVID-19 pandemic, Pastor Mike Parry of Fruitland Community Church here knew they would need to cancel a mission trip to northeast Italy this spring, though they still wanted to invest in their partners in the region. Then they heard that their partner church in Belluno, Italy, has been struggling financially amid […]