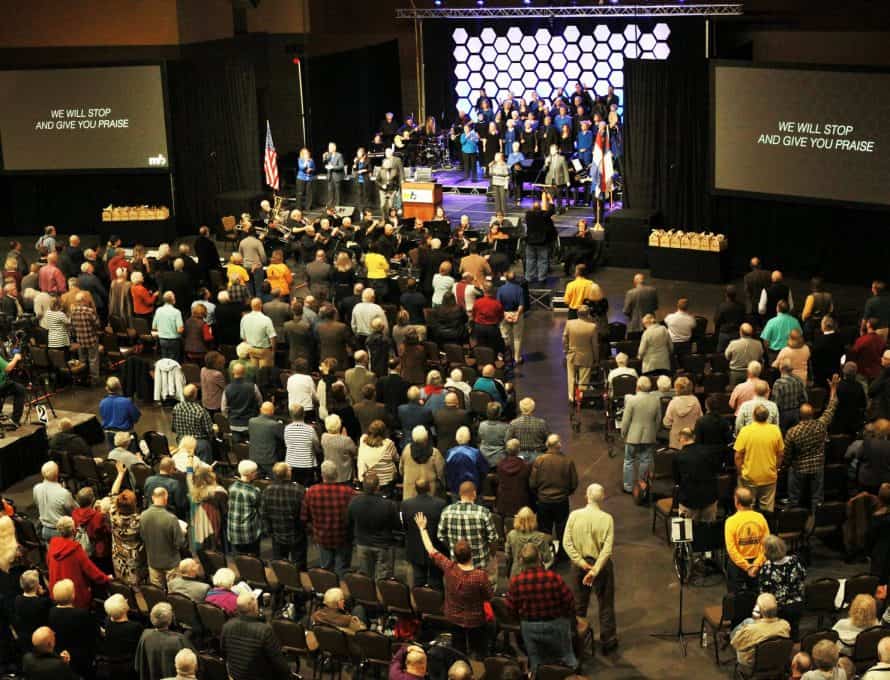 Missouri Baptists meet in Branson for their 2019 Annual Meeting.

BRANSON – Messengers to the 185th annual meeting of the Missouri Baptist Convention approved eight resolutions, ranging on issues of Christian citizenship to the need to care for those who have been sexually abused. The full resolutions can be read at https://mobaptist.org/annual-meeting/.

Resolution No. 1: On Christian Citizenship

This resolution called “upon all Christians to faithfully fulfill their God-given responsibilities to engage in the public life of the nation” and encouraged “all Christians to learn about the platforms of all candidates in any election and vote in accordance with biblical values rather than according to party lines, personalities or candidate rhetoric.” It urged “every Christian of voting age to exercise his or her God-given responsibility and constitutionally guaranteed right to engage in the political life of our nation by voting in every appropriate election.” It also asked that all regularly pray for elected leaders.

Resolution No. 2: Concerning Sexual Abuse and MBC Churches and Entities

This resolution “implore[d] MBC leaders and pastors to report any instances of sexual abuse in MBC churches and entities to the proper government authorities in accordance with the law.” It asked leaders to seek training so churches and entities can minister “compassionately, biblically, and effectively” to these victims.

Resolution No. 3: On the Threat of Proposed MONA Changes to Religious Liberty in Missouri

This resolution asked candidates for elected office in the state to “clearly express their stand on adding LGBTQ individuals as a protected class under MONA (the Missouri Nondiscrimination Act). “Missouri Baptists,” the resolution said, “stand in opposition to legislation expressing support for the adding of LGBTQ individuals as a protected class under MONA because of its negative impact on the free exercise of religion in the State of Missouri.” The proposed additions will “impact the ability of churches, Christian schools and Christian ministries from adopting and maintaining employment requirements based on the Bible’s teachings concerning marriage and sexuality.”

Resolution No. 4: On Racial Reconciliation

This resolution asked Missouri Baptists to recommit to “the glorious call and privilege of loving our neighbor and discipling people of all races, ethnic groups, and language groups in our communities. Messengers to the MBC “denounce racism in all its forms as sin, and call people who demonstrate racist attitudes and actions to repentance,” while urging “pastors and churches to demonstrate their heart for racial reconciliation by seeking deeper relationships with those from other ethnic groups while gaining greater understanding and compassion about issues of race as they seek to increase racial reconciliation and diversity within the body of Christ.”

Resolution No. 5: On Prison Ministry

This resolution recognized “the great need for effective missions and ministry in Missouri’s prisons.” It asked that MBC churches “take every opportunity to minister to the incarcerated men and women and to the chaplains and volunteers who are currently involved in prison ministry.”

This resolution expressed thanks to the MBC Executive Board staff, members of the Local Arrangements Committee, the staff of Tri-County Baptist Association, and the staff of the Branson Convention Center and Branson Hilton.

Resolution No. 8: Appreciation and Dissolution of the Agency Restoration Group

This resolution expressed “our deepest appreciation to the members of the Agency Restoration Group, its chairman, Randy Comer, and its legal team.” It encouraged “all Missouri Baptist churches, associations and entities to recommit themselves to the advancement of the kingdom and the work of the Convention by fully supporting all of the entities of the Convention and by faithfully contributing to the Cooperative Program.”

Resolutions not reported out