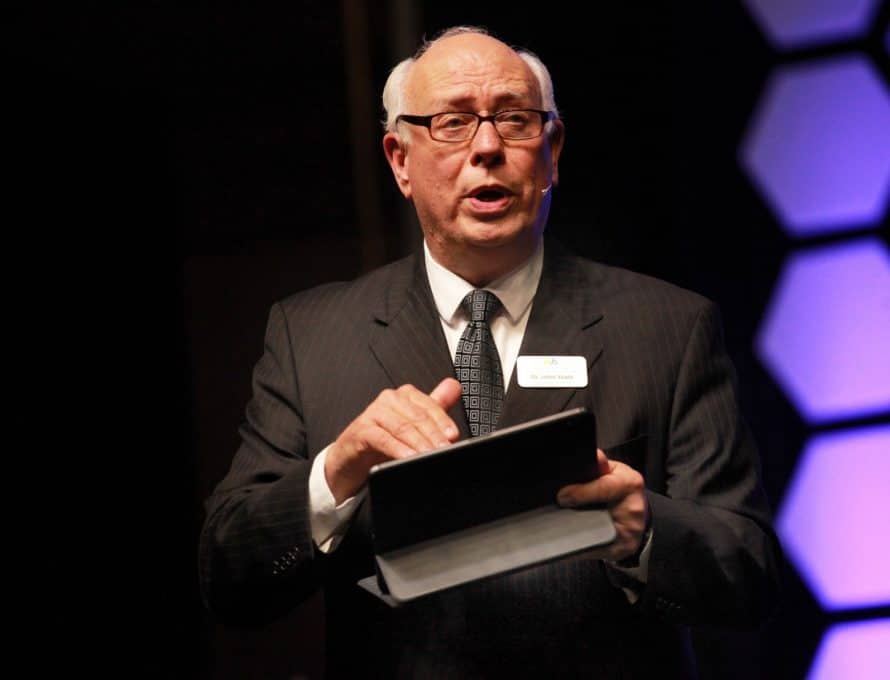 BRANSON – Executive Director John Yeats shared a crowded stage during the evening of Oct. 28 with the presidents of Missouri Baptist entities in order to celebrate the Kingdom work Missouri Baptists are doing together.

After beginning with an illustration of ordinary people literally pulling together to move a massive Boeing 747, Yeats said, “God has called us to the impossible task of communicating the gospel to every person in Missouri. The only way it can be done is by working together. Teamwork makes the difference.”

“Tonight, we are looking forward and seeking to show how we as Missouri Baptists are so much better together,” said Yeats. “Our great and mighty God wills that we serve one another and work together.”

Yeats also welcomed MBC ministry leaders to the stage to share how they are working together to carry out the MBC vision of transforming lives and communities with the gospel. Among these directors were: Brad Bennett, Making Disciples Group; Rick Hedger, Multiplying Churches Group; Jim Misloski, Developing Leaders Group; Gene Austin, Collegiate Ministries Group; and Rob Phillips, Ministry Support Group.

“We truly are better together, believing with all our hearts that the cooperative message is a biblical message for today,” Yeats said. “When we say we believe the message of cooperation, it is not mere intellectual assent. It means we practice it, we teach it, and we glorify our Lord through it.”