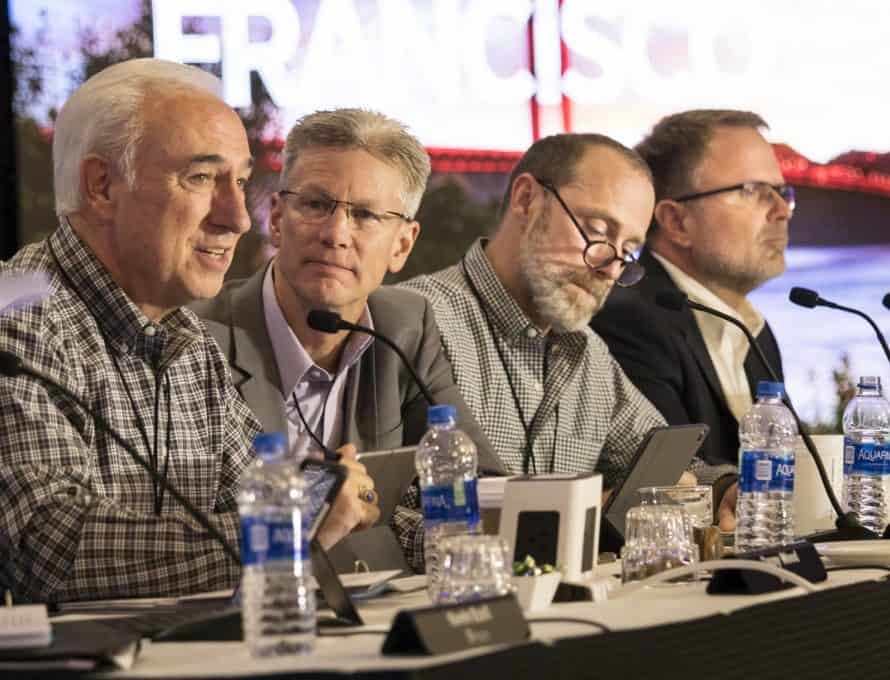 SAN FRANCISCO (BP) – North American Mission Board trustees gathered for their annual fall meeting Oct. 7-8 with much to celebrate as Ronnie Floyd, president of the Southern Baptist Convention Executive Committee, announced to the group that Southern Baptists had given $62.2 million to the Annie Armstrong Easter Offering in 2019. It marked an all-time high for the offering and the third consecutive year to break a record.

“We are so very, very grateful for that,” NAMB President Kevin Ezell told trustees the day after the announcement. “Please, every time you talk to a pastor, let them know how grateful we are. The church planting missionaries who were with us last night were very grateful for how we are investing in them, and I told them that is only possible because of the Annie Armstrong offering.”

Oct. 7, trustees spent time visiting with several area church planting missionaries who benefit from the Annie offering. They shared stories of success and challenge. Many more joined trustees later that evening for a dinner celebrating all God is doing in the region.

Johnny Hunt, NAMB’s senior vice president of evangelism and leadership, addressed trustees during their plenary meeting Oct. 8. He has been leading the “Who’s Your One?” evangelism tour, which launched in August, as a way to mobilize pastors and church members for evangelism. Already the tour has made four stops with three more scheduled for this year and 12 scheduled for early 2020.

“One of the things we are finding out,” Hunt told trustees, “is that we are where we are as Southern Baptists because of the lack of intentionality. Unless I am very intentional about sharing the Gospel, I won’t.”

“Everything rises or falls on leadership,” Hunt said. “So, we are praying God will give us a greater open door with the pastors so we can reach more people for Christ.”

In other business during their full board meeting that afternoon, Matt Smith, NAMB’s chief financial officer, reported to trustees that preliminary end of fiscal year reporting shows that revenue outpaced budget and spending came in 4.7 percent below budget.

In his formal remarks to trustees, Ezell shared the priority for NAMB to “stay in its lane.”

“We have made a lot of important changes these last few years,” Ezell said. “The important thing now is to maintain our focus and not get distracted.”

Repeating remarks he made at the SBC’s annual meeting in June of this year, Ezell told trustees that Southern Baptists need to be planting at least 1,200 new churches a year. There are not enough qualified church planter candidates to meet that goal, though, so NAMB is focusing on seeing 750 church plants this year. Another 450 new SBC churches are expected to be added through new affiliations (400) and through established churches launching new campuses (50). All will be tracked and reported separately.