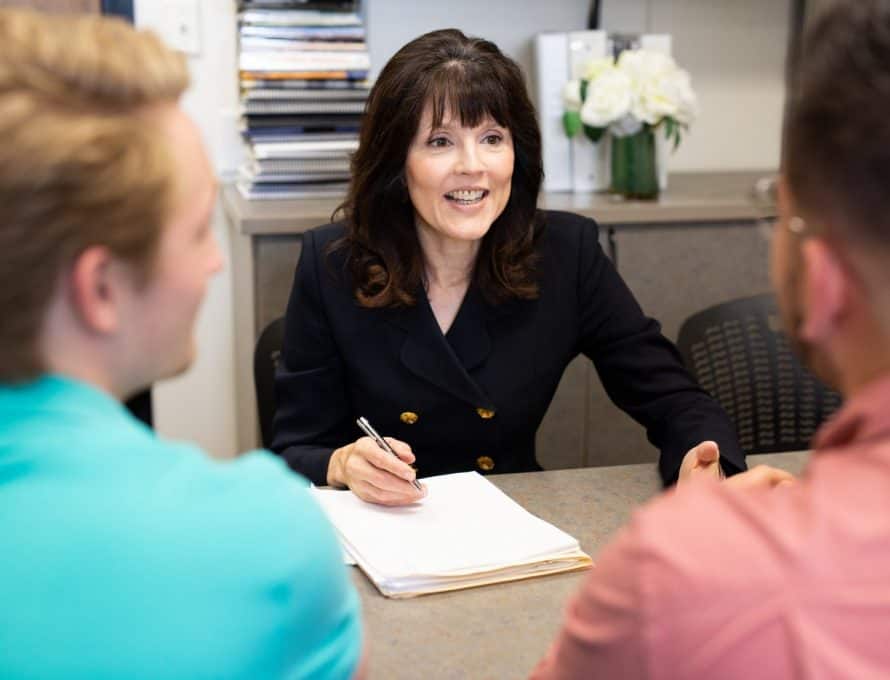 ST. LOUIS – Karen Kannenberg, dean of the Missouri Baptist University School of Business, learned early lessons in faith as well as in business as a youth working in her family’s apparel business in rural Alabama.

“I would watch my dad – he’s the one who would actually run the business day to day,” Kannenberg recalled. “He was a wonderful Christian and quick to witness to people – including shoplifters.

“Rather than prosecute them, he would witness to them,” she said with a chuckle. “Some never came back.”

Those lessons in how to live out one’s Christian faith in the business world prepared Kannenberg for an academic career that has led her to the dean’s office.  After a quarter-century at Missouri Baptist, Kannenberg was named acting dean on April 1, 2018. After a nationwide search, her assignment was made permanent on Feb. 7 of this year.

As dean, Kannenberg has launched an aggressive series of initiatives aimed at transforming the business school into a more professional, dynamic and student-focused operation. They include plans for a student job and internship fair, a more rigorous adherence to academic standards, upgrades to the curriculum, a new convocation ceremony, and guest speakers and other special events.

“There’s been a tremendous amount of work done in the last year that Dr. Kannenberg has largely done single-handedly,” said Stephanie Kontrim-Baumann, assistant professor of marketing and business administration who has been teaching at Missouri Baptist since 2004.

Perhaps the most important single initiative Kannenberg has launched, Kontrim-Baumann said, has been a multi-year effort to become accredited by the Accreditation Council for Business Schools and Programs, or ACBSP, the nation’s only organization that accredits business schools at all degree levels.

“We’re excited to be a part of this important process,” Kannenberg said. “Students should know that by being a part of this accrediting body, we are holding ourselves to best practices and high standards of business school programs nationwide.”

Given the constant competition to attract top students, she adds, “It’s also a strategic, competitive move that, to me, really has to happen.”

Another School of Business initiative in the planning stages is a “hackathon,” in which students can learn and apply computer and information technology skills so necessary in today’s business world, Kannenberg said.

And she is particularly excited about the planned job and internship fair, which is part of her effort to better prepare students for the post-graduate working world.

“It’s to facilitate their ability to understand the job search process, to be an effective interviewee, to understand more about different industries’ expectations,” Kannenberg said. “We will be preparing them through our interviewing techniques course and other classes to know how to pitch themselves, to give a brief, succinct summary of the benefits they bring to a business.”

The fair will be welcomed by students, said Joseph Link, 20, a senior studying business administration.

“When you look at all of the other local schools who are excelling, they are all having job fairs in order to create lasting relationships between businesses and the school of business,” he said. “Reaching out in our community and showing them the great students and workers that we have to offer is how we get our school’s name out there.”

Another special event in the works is a set of speaking appearances by Michael Franzese, a former mob boss who converted to Christianity.

“He has a great story to tell,” Kannenberg said. “The one that stuck out to me when I heard him speak was that, ‘You are the company you keep.’ And if my parents didn’t say that once, they said it a thousand times.”

Franzese is expected to speak twice—to business school students and again to the public at a fundraising event sometime next spring, Kannenberg said.

Taken together, the new initiatives mean a more professional environment for the School of Business, Kontrim-Baumann said.

“We’re adding some standards to the School of Business in terms of what we expect of students. And that is going to be critical to moving us forward,” she said. “A lot of higher education is about not just what we’re doing now but preparing students for where they’re going to go.”

Through it all, as with all schools at Missouri Baptist University, the School of Business continues to keep Christ at the center of the curriculum, Kannenberg said. One key to that mission is to prepare students to stay faithful in the largely secular business world – and to see that world as a mission field, just as Kannenberg’s father did.

“I try to impart the fact that we play by different rules,” she said. “You need to live up to those rules.”

And students are taking those lessons to heart, Link said.

“I have been led through the example of my professors on how to be honest in every transaction with someone,” he said. “As Christians, we have a different standard to hold ourselves to in the business world. We cannot simply put others down in favor of lifting ourselves up. We should lift others up, which will, in turn, benefit us in the end – whether that be eternally or in our career.”

That kind of commitment can come with a cost in the business world, Kannenberg concedes. But, she believes, Christians are called to make those sacrifices.

“You just have to be strong and say, ‘I trust the Lord to carry me through these challenges, and I’m going to trust Him no matter what the case may be.’”