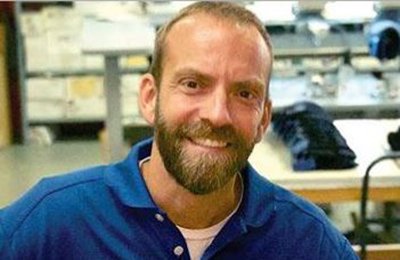 The state high court ruled unanimously the Gay and Lesbian Services Organization (GLSO) did not have “statutory standing” under a local ordinance to bring the challenge against Hands On Originals, giving the Lexington shop and managing owner Blaine Adamson their third legal victory. Two lower courts had previously upheld Adamson’s right to print only messages that are consistent with his beliefs.

“We need to live in the kind of country where we can be free to seek to persuade one another, not bully each other into silence,” said Moore, president of the Ethics & Religious Liberty Commission (ERLC), in a news release. “Conservative evangelicals, secular progressives and everyone in between ought to be able to agree on the idea that a state must not act as lord over the conscience.

“My hope is that this decision is a sign that courts around the country will continue to uphold conscience freedom and personal soul liberty.”

The ERLC filed a friend-of-the-court brief in support of Hands On Originals, contending the government should not be permitted to punish the business for the religious beliefs of Adamson and his fellow shareholders/owners. The brief also argued the expression of a person’s faith is not restricted to a home or place of worship. The Kentucky Baptist Convention and Jews for Religious Liberty also joined in the brief.

“For more than seven years, government officials used this case to turn Blaine’s life upside down, even though we told them from the beginning that the lawsuit didn’t comply with the city’s own legal requirements,” Campbell said in a written statement. “The First Amendment protects Blaine’s right to continue serving all people while declining to print messages that violate his faith.”

The decision is the latest in a series of court rulings regarding the clash between sexual liberty and religious liberty, especially the freedom of business owners to decline to provide their services to communicate or support messages with which they disagree. Courts have come to different conclusions, and religious liberty advocates have urged the U.S. Supreme Court to provide clear guidance in the conflict.

In 2012, Adamson declined GLSO’s request to print T-shirts for the Lexington Pride Festival because the message to be displayed would have contradicted the Christian beliefs he and his co-owners share regarding sexuality and marriage. GLSO President Adam Baker complained on behalf of his organization to the Lexington-Fayette Urban County Human Rights Commission, which ruled Hands On Originals had violated a county ordinance barring a public accommodation from discriminating against individuals based on their “sexual orientation or gender identity.”

The Fayette Circuit Court ruled in 2015 the commission had violated the free exercise of religion and freedom of expression of Hands on Originals and its owners. The Court of Appeals upheld the circuit court in a split decision.

In the Kentucky Supreme Court’s opinion Oct. 31, Justice Laurance VanMeter wrote GLSO did not have standing to file a complaint with the county commission because the ordinance requires an individual to submit such a complaint. Baker acknowledged he filed the complaint on behalf of GLSO and not himself. Hands On Originals argued to the commission and all three courts GLSO did not have standing, VanMeter wrote.